Men and women display their love and affection in different ways. Most women say, “I love you,” profusely and often, while most men show their deep affinity in their day to day actions.

It can be confusing at times, but that’s because the truth is, men and women think differently. So, we decide to research for you and come up with a list of seven common sets of behaviors that directly demonstrate that he is in love with you, even if he doesn’t say it.

We truly believe that love is in what you do, not always in what you say. It’s easy to say, “I love you,” but true love is demonstrated in action. You know?

7 Signs He Is In Love With You: 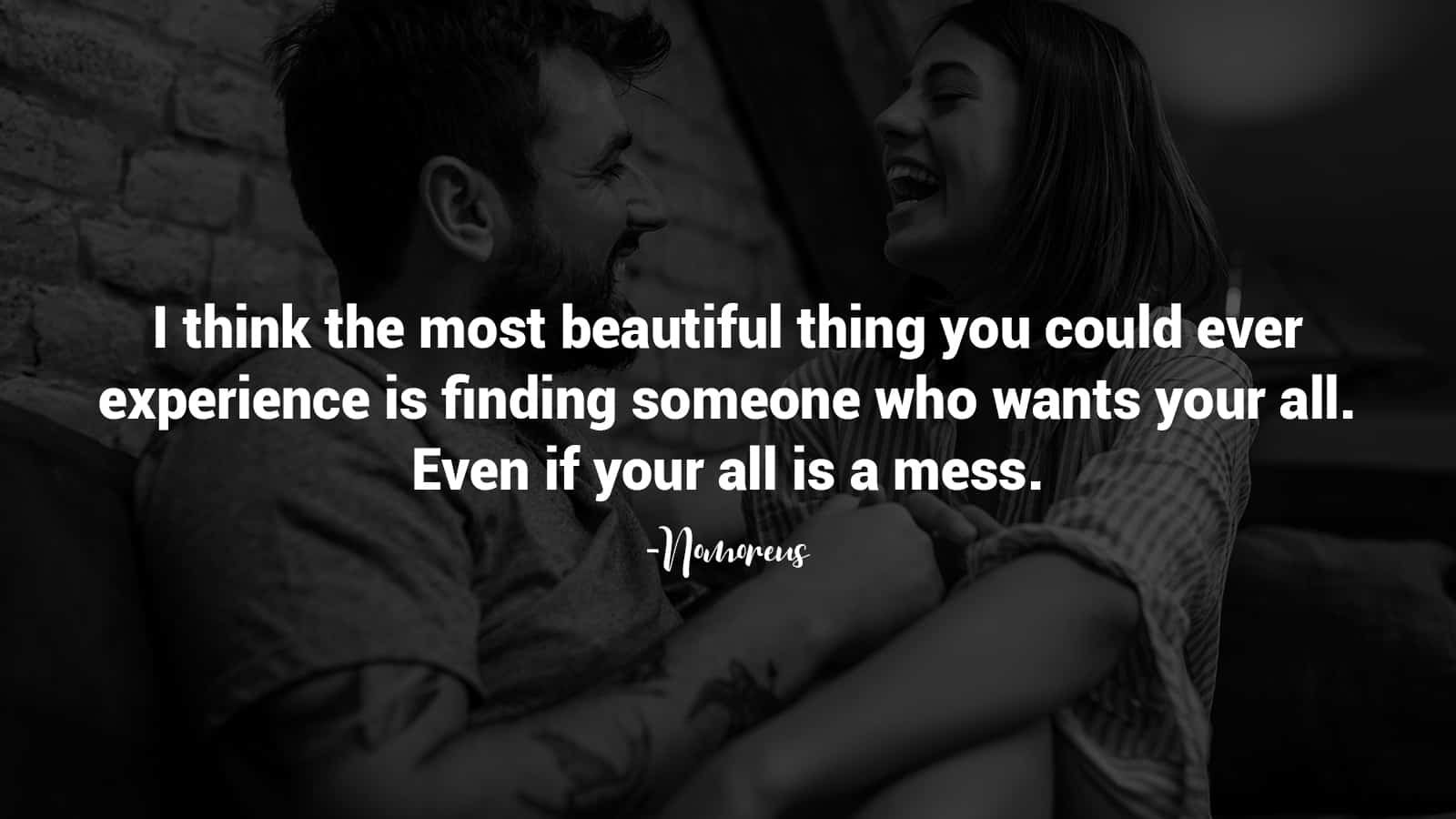 1. He isn’t afraid to make sacrifices for you.

Making sacrifices for other people is easier to do when its for someone we care about. It takes selflessness, maturity, and most of all love. Relationships need a balance of mutual sacrifice or one party is left unhappy.

Men who are in love feel tremendous discomfort at the thought of their lady being unhappy, and if it’s something they can prevent, they will. Sometimes they will even go above and beyond to make something work out, just because it’s really important to their partner.

If your man can make sacrifices for your happiness, that is just one way he is saying, “I love you”, without actually saying it.

Studies have found that women are much better listeners than men.  So, when a man not only hears you but actively pays attention and responds – a skill called active listening – you can have confidence that he cares.

Taking it the next step further, if he acts on your conversations, he’s smitten. <3

3. He shows his vulnerability.

Men are generally cautious when it comes to showing any behavior that can be perceived by others as a weakness. They feel that they need to keep a perfect facade of strength.

Most people put effort into looking their absolute very best during those early dates. We want to look and feel good when meeting up with a potential life long partner.

But, once the actual relationship spawns and we spend more time with each other, comfort levels build, and our need to impress declines sharply. We’re free to wander around in our pajamas, no makeup or messy hair.

The big takeaway here is that when a man loves a woman, he’ll think she is beautiful no matter what she looks like.

So when he tells you, “You’re beautiful,” when you feel like a mess, take it for what it is and remember that is the equivalent to saying, “I love you.”

When a man really loves a woman, he shows it by bragging about you. Yep, that’s right a real man isn’t shy about saying how proud he is of you.

Whether you’re a fantastic mother, a hard worker, or achieving your goals, you can rest assured that your efforts don’t go unnoticed to the man that is in love. So when he tells you, it’s his way of saying, “I love you.”

This one’s an obvious one, but very important. First let’s be clear, if he doesn’t stick up for you, it doesn’t mean he doesn’t love you. This is a hard one. Most of the time drama and controversy can arise with a close family member or friend.

Most men like to avoid controversy, so if he defends you, that’s big and it’s definitely his way of saying, “I love you.”