“If I had to choose a religion, the sun as the universal giver of life would be my god.” ~ Napoleon Bonaparte

An article in the Huffington Post blog a couple of years ago warned readers to avoid all sunlight all the time. The co-founder of the Melanoma Research Alliance and Broadway producer formed this alliance after her own experience with melanoma on the bottom of her foot.

Maybe she used to go into Central Park or onto the roof of her apartment building and do headstands for several hours daily, or she spent way too much time in tanning parlors. There’s no other way a Manhattanite would get melanoma on the bottom or her foot if sunlight is the sole culprit for skin cancers.

Despite the unlikelihood of getting too much sun on the bottom or her feet while hailing cabs and riding elevators in Manhattan, the author ended her article with this advice: “Prevention is uncomplicated: grab that sunblock and floppy hat when you head outdoors, even in the winter.”

Instead of realizing there may have been another cause for her skin cancer, she promoted carcinogenic sunblock creams and added to the sun phobia that deprives many of the health benefits from sunlight.

(1) Let’s start with the obvious. Sunlight is the initiator of vitamin D3 creation in our bodies. Sunshine’s UVB rays interact with the cholesterol in our skin that ignites a process to create vitamin D from our kidneys and liver. This doesn’t happen without sunlight.

“A 2012 neuroscience study determined that those who had six hours of sunlight exposure during the day were more alert in the evening.”

Exposing more bare skin to sunlight is necessary for 20 to 30 minutes at least three or four times weekly. Glass windows and windshields block UVB rays while letting in UVA rays, which can be harmful.

One irony is that most sunscreens block only UVB rays, thus inhibiting vitamin D3 production. As a pre-hormone, vitamin D3 has many internal health functions.

Vitamin D3 production from sunlight has its own shut-down mechanism, safeguarding you from overdosing vitamin D. But if you wash the exposed skin with soap too soon, you may wash away the skin’s oils that have just begun the vitamin D process.

Tip: Use soap only where the sun didn’t shine. Options for D3 without sunlight include supplements, of which too much is remotely possible, and UVB tanning beds.

(2) Dr. Johanna Budwig promoted daily sunlight exposure in conjunction with her famous Budwig Diet for curing cancer. She had become aware of sunlight’s electromagnetic contribution to the dietary elements of her successful cancer cures.

SAD results from an extended period of no sunshine. But it can be ameliorated during those periods with bright full spectrum lights or blue light to mimic the sun’s rays. 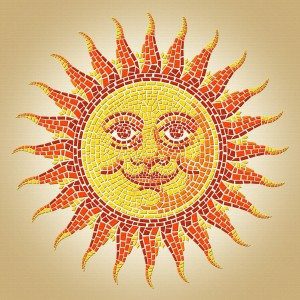 (4) A substance in our bodies called melatin may be able to convert sunlight into metabolic energy. There are studies looking into this.

(5) Sunlight exposure was discovered to reduce the need for pain medication, stress, and anxiety among post-operative patients in one hospital that conducted a study in 2005.

(6) A 2012 neuroscience study determined that those who had six hours of sunlight exposure during the day were more alert in the evening.

Caveat: So it’s wise to avoid sunburn by developing a tan through gradual exposure times. A solid tan will protect your skin better than sunblocks.

15 Incredible Benefits of Adding Seafood to Your Diet

There are a few common-sense pieces of advice that every health care professional or well-meaning friend has given a...

The peppermint plant is a hybrid of two other plants, spearmint, and watermint. It is native to both Europe and Nort...

If you eat fish regularly, you know all too well how deliciously satisfying it is. However, there is a whole lot ...

SHARE
PIN IT
Related Items d vitamin health benefits of the sun protection from sun sun health benefits sunlight is vitamin vitamin d by sunlight vitamin d is from the sun
Power of Positivity uses cookies to help us provide, protect and improve our site. By viewing, you agree to our Privacy Policy.Ok