Few people are able to sense negative vs. positive energy in others or in themselves. However, your body is a living energy field that has the power to energize electronic devices by the voltage that it generates. A German study reviewed several techniques that can harvest energy from the human body, for example, through our pulse or movement, and convert it in energy to be used by electronic systems. Humans have a remarkable ability to generate energy. And now this human power is being harnessed with technology that can run micro-electronic systems.

Person-to-person connectivity of positive vs. negative energy exchange is often overlooked, but mastering your ability to sense energies will help you in all of your personal relationships. No matter how negative the energy may feel coming from another person, you can ultimately make a choice to sense only positive energy around you. There are various ways to heighten your sense of positive vs. negative energy, and practicing positivity is making a conscious choice to reject negativity.

How to Sense Positive Vs. Negative Energy

1. Stack the deck in favor of positive.

Surround yourself with uplifting people. They won’t always be happy, but on average, they send out more positive energy vs. negative. Researchers in Barcelona Spain reviewed 16 studies where positive psychology techniques were used for breast cancer patients. The research found that “mindfulness-based approaches, expression of positive emotions, spiritual interventions, hope therapy and meaning-making interventions” were helpful for the health of the patients.

Remove negative people but add plenty of positive and inspiring ones to improve your mood and increase your ability to recognize positive energy vs. negative.

Animals give off positive energy that we can feel as we pet Fido or Felix. That happy feeling you get from your pets is a positive energy exchange between you. Animals can anger and lash out, but mostly they are content with the present moment and that contentment is expressed and released as positive energy which we can sense as we spend time with them.

3. Trust your instincts and go with what feels light.

Researchers studying positive psychology found that helping patients to focus on “positive aspects, such as creativity, optimism, resilience, empathy, compassion, humour, or life satisfaction” improved mood for those who had previously experienced negative emotions. The research found that using positive psychology as a therapeutic intervention “shows promising results for reducing depression and increasing well-being in healthy people and those with depression.”

Embrace what is uplifting you in your life and add more of it to better sense positive energy.

If you are sensing negative instead of positive energy, it may be that you are not letting positive energy past your protective aura boundary, but somehow, plenty of negative energy is getting through. Love and positive energy really is all around, it just takes practice to see it. Try looking at a bad situation from another perspective as one technique. 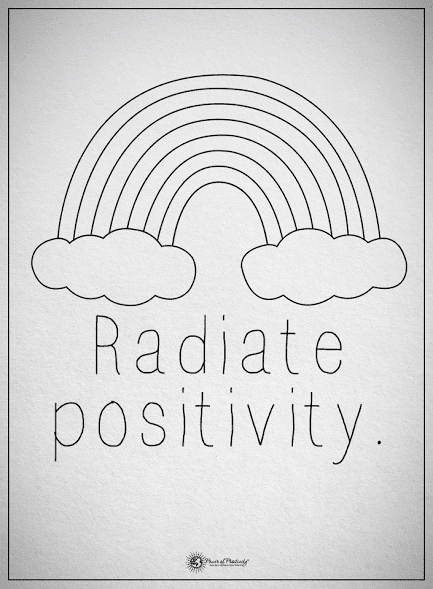 A therapist tells a story of a distraught husband whose wife had disappointed him by cancelling on an important dinner with his boss because she couldn’t find a sitter for their child. In his anger, he was near to deciding to divorce his wife when the therapist asked his patient to retell the same story where the end result was that his wife wasn’t wrong for doing this. The man wept as he retold the story. He realized that his wife taking care of their child w–an act of love that he lacked the ability to perceive. Instead of seeing and magnifying the positive, as we should strive daily to do, he had learned to only see the negative.