“ Licorice is said to be one of the most extensively researched medicinal plants, and it has a lengthy list of versatile uses to match, including on the liver. ” – Dr. Joseph Mercola

Licorice root is a plant that mostly grows, naturally, in Asia, Turkey and Greece. Dr. Joseph Mercola says, “The scientific name for licorice root, Glycyrrhiza, comes from “glukos” (sweet) and “riza” (root). This “sweet root” contains glycyrrhizin, a compound that can be up to 50 times sweeter than sugar.”

Licorice is a plant that is most often used as a dietary supplement, rather than something to sweeten the taste of licorice candy. Doctors and scientists have been working on the health benefits of licorice root for a while now, and one of the most amazing things that they have found is that licorice root is actually beneficial for your liver.

If there is any damage to someone’s liver, either from drinking in excess or other damages, licorice root can actually heal it. Science comes through to explain how, exactly, this miracle plant helps your liver.

When we drink alcohol, our liver produces enzymes to help repair the damage that the alcohol does. When you drink in moderation, these enzymes do their job and repair the liver without any problem. However, people who drink in excess are often found with a lot more of these enzymes in their liver because the damage can’t be repaired.

Science has found that licorice root actually stops the damage from occurring in the first place. A group of researchers concluded in one of their studies that, “These results suggest that consumption of the proprietary glycyrrhizin study product [licorice extract] during alcohol consumption may support improved liver health compared with drinking alcohol alone.”

A study that was done on mice who were fed an alcohol-diet for 4 weeks found that the hepatoprotective effect of licorice actually helped repair the damage that was already there. The scientists concluded that, “On the basis of our recent findings that licorice protects cells against inflammation and oxidative stress, we hypothesized that licorice would alleviate alcohol-induced fatty liver injury.”

Also, according to the University of Michigan, “Licorice flavonoids, as well as the closely related chalcones, help heal digestive tract cells. They are also potent antioxidants and work to protect liver cells. In test tubes, the flavonoids have been shown to kill Helicobacter pylori, the bacteria that causes most ulcers and stomach inflammation.”

So, not only is licorice root capable of stopping the damage from occurring in the first place, but it can also be used to repair any damage to the liver that has already occurred.

But what else can licorice root do for you? Science has been testing out the health benefits of licorice root for a while now, and it’s good for you in more ways than one. While licorice root can help repair liver damage and keep your liver healthy, it can also help with other ailments in your body. 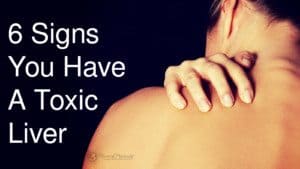 Science has found that when licorice root is used in a topical extract, it can help some skin conditions. According to an article medically reviewed by Dr. Debra Rose Wilson on Health Line, “Topical gels containing licorice are recommended for treating eczema. Licorice can be a successful dermatological treatment due to its antibacterial properties. For that reason, holistic health practitioners often suggest applying licorice to tooth decay to kill bacteria.”

Therefore, if there is any redness, itching, or rashes, the use of topical licorice root treatment for your skin can help put that all back in order. While you may like smelling like licorice, it will certainly help your skin.

Licorice root, when used in a product mixture, has been found to help heartburn. Researchers actually found, in a study, that taking a combination product that included licorice root helped reduce the symptoms of heartburn 40% more than those who had participated in the study with only the placebo.

Dr. David Williams says, “The suggested dose of DGL (deglycyrrhizinated licorice root) is two tablets, chewed about 20 minutes before meals, three times a day, or it can be taken shortly before bedtime if you suffer mostly from nighttime acid reflux.”

Lozenges containing licorice have been used for patients who have had tubes inserted down their throats during surgery. Researchers have quoted, “Incidence of post intubation cough and sore throat can be decreased with the preoperative use of one licorice lozenge. This low dose serves as an effective, cost limited and ready to use method for decreasing the distressing symptoms of POST.”