(Editor’s Note:) In this article, we are going to discuss foods that can help reverse the symptoms of type-2 Diabetes. While we are diabetes advocates ourselves, there is not enough research out there to talk about reversing Type 1 Diabetes.

Diabetes can be a fatal condition, especially if not controlled. Diabetics face a risk of suffering from conditions like heart disease, stroke, cataracts, and others. If one is not careful with their diet, they can die as a result of a stroke.

But being diabetic does not mean that it is the end of the road for you. You can reverse diabetes by eating a diet that helps to reduce blood sugar levels, improve insulin sensitivity, and more.

Here are 11 foods to incorporate in your diet to help reverse diabetes.

A quarter-cup of almonds has more protein than an egg. They also have magnesium, which aids in boosting dopamine that regulates moods and prevents depression.

Additionally, almonds also have calcium, riboflavin, and fiber. Due to their content of fiber, it can help in improving tummy issues, such as diarrhea and irritable bowel syndrome, while boosting absorption of calcium.

Research shows that consuming one serving of a handful of nuts four times per week can aid you to reverse the diabetes. A study discovered that including two 1-ounce servings of almonds every day in the diet helped participants have better intake of primary nutrients that assisted them to minimize their intake of dietary detractors such as cholesterol, sugars, trans fats, and excessive sodium.

Walnuts are instrumental in preventing inflammation, diabetes, and heart disease. Research indicates that eating 8-11 walnuts per day minimizes overall cholesterol by up to four percent.

Walnuts are rich in omega-3s, which are essential in reducing the risk of diabetes, cancer, depression, high blood pressure, and heart disease. The recommended daily intake is 200 calories or a handful of walnuts.

They can be consumed as a snack or incorporated into recipes. You can enjoy a nutty flavor and delightful crunch by including chopped walnuts to any dish.

Walnuts are full of tryptophan, which is an amino acid that is required by your body to create serotonin, a feel-good chemical. They are digested gradually, which helps to stabilize your mood and can aid in tolerating stress. They also have ellagic acid that reduces artery-forming plaque.

Fatty fish consists of one of the healthiest foods. Mackerel, anchovies, salmon, herring, and sardines are rich sources of omega-3 fatty acids EPA and DHA, which are beneficial to the health of your heart. Consuming these fats regularly assists to reverse the diabetes, which increases the risk of stroke and heart disease.

EPA and DHA aids in protecting the cells lining your blood vessels, minimize inflammation markers, and boost the functioning of your arteries after eating. Studies show that persons who consume fatty fish regularly face a lower likelihood of heart failure and have a lower risk of dying from heart disease.

In a study, older participants who ate fatty fish 5-7 days a week for two months had massive reductions in inflammatory markers and triglycerides. Fish also offer high-quality protein that assists you in feeling full and boosting your metabolic rate.

Leafy green veggies are low in calories and packed with plenty of nutrients. They have low levels of digestible carbs that increase your levels of blood sugar. That’s why they can help you to reverse diabetes.

Kale, spinach, and other leafy greens are ideal sources of many vitamins and minerals, like vitamin C. In a particular study, increasing the intake of vitamin C minimized inflammatory markers and levels of blood sugar in participants with high blood pressure or type 2 diabetes.

Additionally, leafy greens are perfect sources of antioxidants zeaxanthin and lutein. These antioxidants safeguard your eyes from cataracts and macular degeneration, which are common complications of diabetes.

Extra-virgin oil is very advantageous for the health of your heart. It has oleic acid, a kind of monounsaturated fat that has been proven to boost HDL and triglycerides, which are present in unhealthy levels in diabetics.

It also improves satiety hormone GLP-1. According to a study of various types of fats, the risk of heart disease was only reduced by olive oil.

Olive oil also has antioxidants referred to as polyphenols. They minimize inflammation, reduce blood pressure, prevent the damage of LDL cholesterol through oxidation, and safeguard the cells lining the blood vessels.

Extra-virgin oil is usually not refined and has numerous antioxidants and other nutrients that make it healthy. Make sure to pick this oil from a source that is reputable, because many olive oils are combined with cheaper oils such as soy and corn.

Greek yogurt is a perfect dairy choice for diabetics who want to reverse the diabetes. According to research, it can improve the control of blood sugar and minimize the risk of heart disease, partly as a result of its probiotics.

Studies have discovered that dairy foods like yogurt could result in loss of weight and improved composition of the body in diabetics. This is as a result of the presence of conjugated linolic acid and calcium in dairy.

Additionally, Greek yogurt only has six to eight grams of carbs for every serving, which is lower than the regular yogurt. It also has plenty of proteins, which help diabetics to lose weight by reducing calorie intake and decreasing appetite.

Turmeric is a spice that when used to cook meals can offer numerous benefits to your health. It has an active ingredient called curcumin that lowers levels of blood sugar and inflammation while minimizing the risk of heart disease.

Moreover, curcumin seems to benefit the health of kidneys in diabetics. This is crucial since kidney disease is common in diabetics.

Unluckily, curcumin is not properly absorbed on its own. Therefore, ensure you consume it with piperine, a compound found in black pepper to improve absorption by up to 2,000 percent.

Chia seeds can help diabetics to reverse the diabetes. They are very rich in fiber, but poor in digestible carbs. Eleven out of twelve grams of carbs present in one ounce of these seeds are fiber, which fails to increase blood sugar.

The viscous fiber present in chia seeds can aid in lowering levels of blood sugar by reducing the speed of food movement in the digestive system. The seeds help in achieving a healthy weight due to the fiber that reduces hunger and increases satiety.

Additionally, fiber minimizes the intake of calories absorbed from other foods present in the same meal. Also, studies have shown the ability of chia seeds to reduce inflammatory markers and blood pressure.

Eggs offer numerous benefits for your health. They are great for increasing satiety for hours. Also, regular consumption of eggs can minimize the risk of getting heart disease in many ways.

Eggs reduce inflammation, increase the levels of good HDL cholesterol, change the shape and size of bad LDL cholesterol, and improve the sensitivity of insulin. In a study, diabetics ate two eggs every day as part of a diet high in protein. They experienced improvements in blood sugar and cholesterol levels.

Moreover, eggs are great sources of zeaxanthin and lutein antioxidants, which safeguard eyes from cataracts and macular degeneration. These eye diseases are common conditions in diabetics. Remember to consume whole eggs since many of these nutrients are present in the egg yolk.

Cinnamon is a sweet spice that has robust antioxidant activity. According to research, cinnamon can reduce levels of blood sugar and boost the sensitivity of insulin.

To reverse diabetes, you need to measure hemoglobin A1c, which shows your average level of blood sugar over 2-3 months. In a particular study, diabetic patients who took the spice for three months experienced more than twice reduction in hemoglobin A1c than those who were given standard care.

Research also shows that cinnamon can decrease triglyceride and cholesterol levels. However, restrict your consumption of cassia cinnamon, the kind present in the majority of grocery stores, to one teaspoon daily.

It has coumarin, which is associated with health issues at higher doses. But true cinnamon, also called Ceylon, has lower coumarin.

Apple cider vinegar has numerous health benefits. Although it has been created from apples, its sugar has been fermented into acetic acid, and the final product has less than one gram of carbs per one tablespoon. 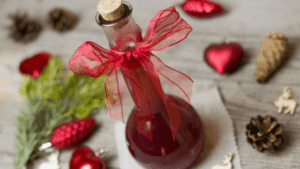 Studies have shown the ability of apple cider vinegar to boost the sensitivity of insulin and lower levels of fasting blood sugar. It could also minimize blood sugar response by up to 20 percent when consumed with foods rich in carbs.

In a particular study, diabetics had a six percent decrease in fasting blood sugar after consuming two tablespoons of apple cider vinegar prior to sleeping. This food could also slow the emptying of the stomach and boost satiety.

But this could be an issue in people who suffer from gastroparesis, a condition characterized by delayed emptying of the tummy, which is common in diabetics. Incorporate apple cider vinegar into your meals by mixing a glass of water with one teaspoon of the liquid daily as a start. Then increase the intake up to two tablespoons daily.

If you consistently follow this diet, you will be sure to reverse diabetes. But ensure you include a combination of these foods in your diet and come up with a meal plan that has all of them.

These foods have plenty of nutrients that will not only help with this condition, but will also offer more health benefits.