Probiotics and honeybees, two subjects that each have been great topics of conversation since 2005 and later. Bees became a matter of concern due to a sudden population loss which couldn’t be explained. Rumors of cell phone usage being the cause of their deaths were rampant.  In the end, it was related to multiple reasons but primarily pesticide usage.  As for probiotics, they are an essential factor in gut health. Thus, they prove to be a potential variable related to many other illnesses or diseases. Now, researchers reveal how probiotics can protect bees against a fatal disease.

A bit about honeybees

The honeybee is not native to the North American continent. Settlers brought them over here from Europe. However, Italians were the first people to domesticate the honeybee. Humankind has depended upon them for their honey and beeswax for over 9000 years.

Domesticated honeybees are used to make honey and to pollinate certain fruit trees, blueberries, alfalfa, and almond, as examples.  Pollination, in general, accounts for 1/3 of the food produced, and science recognizes honeybees as one of the biggest contributors.  There are multiple types of honeybees, each with their own strengths or weaknesses in regard to making nectar, pollination, and survival rates.

Honeybees, like people, are social creatures who work together to survive.  From 20, 000 to 80,000 bees can live in one hive together.  In a manner, they have a hierarchy.  There is the queen bee of the hive whose sole responsibility is to lay eggs to make ready for the winter months when the larvae will feed off of the stored honey and pollen.  The other female bees are the worker bees.

It is their job to get pollen and nectar, construct and maintain the hive, and clean and circulate air within the hive.  The drone bees are the male bees who leave the hive for the winter months in order to ensure the others, and the larvae, have enough food.

American Foulbrood: The fatal disease of the honeybee

Honeybees can be affected by bacteria, just like humans.  The bacteria called Paenibacillus larvae is a spore-forming bacteria that attacks the bees in their pre-pupal or pupal stages. The disease is called American Foulbrood.  It can kill most, if not all, of a colony.  There is no cure that can be given to the bees.  A few various techniques have been attempted to treat hives or the bees in either a preventive measure or post-treatment:

Unfortunately, these methods have not proven to be very effective.

Adult bees will not get infected, but they can act as carriers by bringing the spores to other areas. These spores can live on and infect for 50 years regardless of extremes of temperatures.

American Foulbrood is spread by the nursing bee having the spores on their mouth and spreading it while feeding the larvae of the young.   It requires only 10 spores to contaminate a one-day-old larva.  Once the larvae have been capped, the bacteria spread rapidly, killing the brood during its developmental stages of pre-pupal and pupal.

After the death, billions of spores remain on pupae and the dried scales remaining of the larvae.  The spores become further spread as the hive attempts to clean out the remains.  As the hive continues to weaken, they are subject to robbing bees, who then continue the cycle of spreading the spores outside of the hive.

The immune system line of defense for bees

Bees, like humans, do have a robust immune system.  Also, like humans, they are social creatures.  There are three roles of the bees in a hive and they don’t just function to pollinate, make nectar, or feed the young.  They also have a role called social immunity.

The first line of defense

Social immunity is when a collective group each does individual tasks in order to maintain the health of the group.  The worker bees, for example, are responsible for ridding the hive of deceased adult bees and diseased or parasitized brood. They may also utilize a heat regulation system to rid the hive of certain pathogens that are sensitive to the heat. The worker bees literally go into a “social frenzy” to increase the heat to rid the hive of the pathogens. Other adult bees, who are aware they are infected, will purposely attempt to leave the hive to die outside of the hive.

The hive or nest itself is comprised of plant resins, which are water-resistant and airtight to prevent bacteria and viruses from forming around the nest.

The second line of defense

Bees also have a second form of immunity, “individual immunity.”  Their first line of defense is the exoskeleton cuticle and the lining of their digestive tract, which are designed to prevent pathogens from sticking to their bodies or gaining entry inside.   Should the pathogens still gain entry, the bees have an automated immune system response, which is just as diverse as humans.  They release their own pathogens to attempt to surround the pathogen.

It has been proven that it is essential that bees are able to intake enough nutrition and calories in order for their immune system to operate at its fullest.  Bees are very sensitive to stress, and it will affect their immune response.

Probiotics as a treatment for bees carrying a fatal disease

As we know about gut bacteria, certain strains of bacteria kill off other strains of bacteria.   It is essential that the  “good bacteria” counters the population of the “bad bacteria” in a check and balances system.  Maintenance of this balance allows for proper digestion, proper assimilation of vitamins and minerals, and colon regularity.

The scientists had already reviewed various other model studies using probiotics and their findings.  Such as:

An additional bonus to using probiotics was that its schedule did not require the hive to be disturbed for long periods of time to show effectiveness. 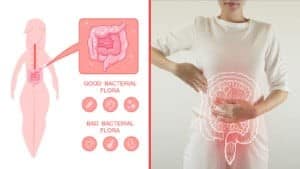 In the study, the scientists chose to test lactobacilli by adding it to a nutritious patty they called a Bio-Patty.  In a natural outbreak of the American Foulbrood, they wanted to test the ability of the lactobacilli to suppress Paenibacillus larvae.  There were two hive groups, and they both received the Bio-Patty, but only one group had the healthy bacteria laced Bio-patty.    The results of the study were positive. It demonstrated that the laced Bio-patty:

Researchers confirmed these results by performing in vitro tests on the honeybees. 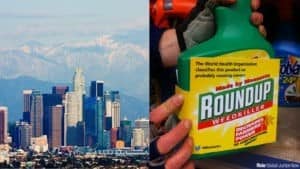 Bees are an important contributor to the pollination of many flowers, plants, and crops.  We are finding that they are far more complex than we realized and yet equipped with a robust immune system, of both a social and independent nature.  Being sensitive to changes and stresses can compromise their immune system.

This is why it is so important for scientists to find the least intrusive method to help them in combating the various pathogens which can infect them.  Researchers revealing the use of probiotics in the protection of bees against one of their most fatal diseases is a crucial first step in minimal intrusion with potentially optimal results.  The studies using probiotics on bees are relatively new, but the preliminary studies look hopeful.