First things first: don’t kill the messenger. Many believe that the first child in any family will reap the benefits of parental adoration and unwavering attention.

Researchers at the University of Edinburgh wanted to examine the age-old debate (no pun intended) about the firstborn being the most intelligent. Some scientists believe that first-borns receive “privileges,” such as extra parental attention, behaviors, and habits.

Following a 5,000 person study, the research team did conclude that firstborns tend to be “smarter” than latter-born children. This is not by any means a failsafe predictor of intelligence; rather, the study serves to prove the importance of parental attention and the advancement of knowledge.

In this article, we discuss the study; including the rationale, methodology, outcomes, and impact of the study. Also importantly, what the research does and does not implicate.

A highly controversial theory, appropriately named the “Birth Order Effect,” served as the primary catalyst for the research. Per the theory, firstborn children are privy to advantages not given to siblings in terms of mental stimulation. (Children born after the first child also have some advantages, which are briefly discussed.)

According to Psychology Today:

“Birth order has a powerful impact on children’s emotions, behavior and personality development. By a twist of fate a child is born into a particular spot in the family, and from this position, he will have unique emotional experiences. Each spot in the order has its advantages and challenges.”

One of the apparent benefits of the firstborn child according is more intelligence, better earnings, and a higher level of education.

Research Reveals: The First Child Is More Intelligent Than Their Siblings 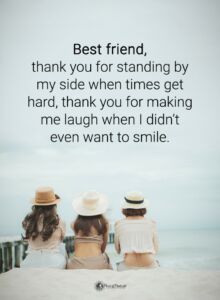 The extensive study, which measures intelligence and economic outcomes, was conducted in collaboration by three organizations: The University of Edinburg School of Economics, the University of Sydney, and the Analysis group.

Economists from all three organizations examined survey data from the US Bureau of Labor Statistics and found some interesting trends. The level of education, income and intelligence (IQ) appears to correlate with the order of birth, with the firstborn as the benefactor.

An assessment tool called the Home Observation Measurement of the Environment measured parental behaviors throughout the pre-birth, pregnancy, and post-birth stages. Parental behaviors included emotional involvement with their children, smoking habits, and others.

Due to “more mental stimulation,” firstborn children scored higher on IQ tests as early as toddlerhood. Furthermore, after analyzing data compiled from the US Bureau of Labor Statistics, the oldest child often earns more income and achieves a higher level of education.

Unsurprisingly, parental involvement diminished as they had more children; including less time devoted to reading, crafts, and other educational activities. In other words, less mental stimulation was given to children following the firstborn.

Researchers found that each child did receive the same amount of emotional support (love, affection, attention, etc.) Interestingly, parents remained more attentive to thinking-related tasks of the firstborn than the others.

Dr. Ana Nuevo-Chiquero, one of the study’s researchers, states: “Our results suggest that broad shifts in parental behavior are a plausible explanation for the observed birth order differences in education and labor market outcomes.”

Dr. Kevin Leman, a psychologist and the author of The Birth Order Book and The First-Born Advantage states: “Firstborns are held to a higher standard. As kids come into the birth order, parents loosen up.”

Lehman characterizes the oldest child as more achievement-oriented; a characteristic often translating into good school and job performance. The firstborn is also likelier to seek out and thrive in leadership roles. (Most U.S. Presidents have been firstborn children or only children).

As for the middle and youngest children?

Dr. Lehman states that middle children often serve the role of “peacekeeper,” and are sociable and loyal in their relationships. They also exhibit the characteristics of a peacekeeper by being excellent compromisers and negotiators.

“Middle children are tougher to pin down, but they tend to be very loyal and to highly value their friendships,” says Lehman.

Youngest children, in study after study, exhibited markedly different personalities than their siblings. More specifically, the youngest tend to be more social, outgoing, and persuasive. The youngsters have also shown to be more creative than their older siblings.

But it’s perhaps their interpersonal habits that are the most interesting.

“…They got away with murder as kids and know how to get around people,” adds Lehman.

Birth order and any relating theory are both extensively researched and highly controversial. Most of the utmost ardent supporters of the theories admit some degree of inconclusiveness.

Still, there is no denying the implications of such research. Psychologists and counselors may utilize the theory for treatment purposes, and educational systems may take birth order into account, for example.

Anyways, please conveniently “forget” this research at your next family reunion…especially if there’s alcohol.