The red string of fate, as it is called in Asian culture, can be on any finger. But most commonly it will appear on the thumb of a man and the pinky finger of a woman. Usually, the string is drawn by the tattoo artist to have a simple bow with tails, just like you would tie your shoelaces.

Let’s look at what the red string means.

The legend of the red string of fate

The legend of the red string of fate is what is leading many people to get this tattoo. The tale has a happy meaning that appeals to hopeful romantics. The story comes from a Chinese tale of a matchmaker who knows the person that each of us is fated to be with.

The matchmaker is an old man who carries around a book that has a record of all of the soulmates who will eventually meet each other. The old matchmaker also carries a large bag full of small pieces of red string.

One day a young boy saw the old matchmaker leaning against a fence in the light of the full moon. The matchmaker was standing beside his bag and reading from the book.

The boy asked, “What are you reading?”

“This is the book of marriages,” said the old man, “It names all of the couples who are destined to be together.” 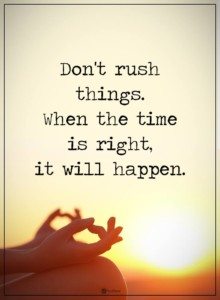 The old man pulled a string from his bag to show the boy.

“When I tie this one string to one of the people named in the book, they will be forever linked to their soulmate by that red string. They will be destined to be together.”

The boy had never heard of such a thing and he told the old man that he did not believe him. The old man took the boy to a nearby village. Standing behind a fence so they would not be seen, the old man pointed to a young girl.

“She is the one who is fated to be your bride.”

“You can’t know that. I’ll never marry her,” he said. In anger, he threw a rock at the young girl and ran away from the old man.

When the young boy was old enough, his family arranged a marriage for him. On the day of the wedding, the bride wore a veil to modestly cover her face, as was tradition for her people.

The young man was married to his bride. Only then was he allowed to lift her veil. He gasped at both her exotic beauty and the sight of a small scar over her eye.

“Forgive my scar, dear husband,” his young bride said self-consciously, raising her hand to cover it, “I was hit by a rock as a young girl. I hope you will not love me less for it.”

The young married man embraced his bride joyfully saying “No, I shall love you more for it because it is proof that we were destined for each other.”

Some versions of the story have a red string tied to the lover’s ankle; other versions have it tied to the pinky of the woman and the thumb of the man.

This red string legend is also found in Japanese lore as well.

Some Jewish believers wear a red string around their left wrist as a talisman against the evil eye. The evil eye is believed to be a threat or an evil spell being sent to you by another person who wishes you ill.

Followers of the Kabbalah, like Madonna, Harry Styles, and Lindsey Lohan, have also been seen wearing the red thread around their wrists.

The idea of a thread that binds us to those we are destined to meet does not have to be related to a romantic partner. The thread can also be seen as a sign that we are meant to connect with other people who will touch our lives. These may be friends, companions or teachers.