24-year-old rapper Cordae credits his “Hi-Level mindset” for helping him evolve as an artist. In high school, he started creating mixtapes and honed his craft as a hip-hop artist. He also learned about the importance of having a positive mentality. This positivity allowed him to succeed and eventually become a Grammy-nominated music star at a young age.

He gave a TED Talk recently where he revealed how a “Hi-Level mindset” influenced his career. Cordae said this mantra took him further in life than he ever thought possible. And the critically acclaimed artist is just getting started.

Cordae was born in North Carolina but grew up primarily in Maryland. Like most people, he encountered many challenges in his childhood and teenage years. But the trials of life shaped him into a successful artist by teaching him the power of perseverance.

He drew positivity from his mom, who struggled to keep a roof over their heads but always provided for them. She continually strived to improve their situation and remained cheerful despite facing obstacles.

“I want to tell you about the original creator of the Hi-Level mindset. And that’s my mom. She doesn’t even know it. My mom had me when she was 16 years old. She was a single mom with all the odds stacked against her. And yet, from an unbiased perspective, I like to say she did a pretty decent job,” he said.

“We lived in some pretty terrible neighborhoods, man. I switched elementary schools about five different times. I remember one time her car got stolen twice in one week. She overcame circumstances, obstacles, her environment, and negativity. As I watched, our living situations would continue to get better and better as the years went by. Now that’s Hi-Level.” 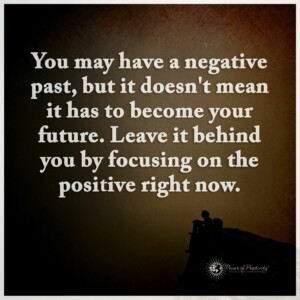 Even though Cordae credits his mom’s positivity for his Hi-Level mindset, she never taught it to him directly. Instead, he learned about it by observing her throughout his childhood. As she worked to build a better life for them, he noticed her resilience in the face of adversity.

“The Hi-Level mindset is a philosophy. It’s a wavelength to apply to your everyday thoughts and regimens. The Hi-Level mindset will be of great service to you, especially when things aren’t going as planned. These trying times that I speak of, or life testers, if you may, are what truly make us man and woman,” Cordae said.

He believes that by practicing the power of positivity, a person can take charge of their destiny. In other words, we don’t have to leave things up to chance or fate. We can actively change our lives by setting goals and living our truth.

In his TED Talk, Cordae discussed the four essential steps to creating a Hi-Level mindset. He also recalled the roadblocks he faced along his journey to becoming successful. But when he had a setback, it only encouraged him to push harder.

Step One of the Hi-Level Mindset (Positivity)

“Always remain positive, no matter what people or life may throw at you. Now I’m going to give you a little bit of background about myself. Funny enough, I was actually voted most likely to be famous in both middle school and high school. My goal was to graduate high school and to immediately blow up. But that didn’t happen. So I went to college and as soon as I went to college, boy, did life hit me hard,” he said.

Cordae struggled to adjust to college life, and his grades began to plummet. He also encountered issues in his personal life, and on top of that, his music career took an unexpected nosedive.

“What was really the breaking point for me was that I had released a mixtape that I worked on the entire summer and it had only gotten 200 downloads. Now my previous two mixtapes got 2,000 downloads, so I was not happy with the regression, to say the least. Again, this almost pushed me to the brink of quitting and insanity. But the Hi Level mindset made me think,” ‘Man. These misfortunes are just going to make my triumph story a lot cooler.”‘

“I used this as fuel to the fire, motivation if you will. It made me think, you know, life is just a book. Not every chapter is going to be perfect. But it’s about how it ends,” he said.

Cordae encouraged people to write their goals and read them aloud each morning. This keeps you focused on what you want to achieve and promotes a positive mindset. Once you start taking action and seeing results, you will feel more confident in your abilities.

Cordae said that if you want success, you must become disciplined. On the days when you lack motivation, willpower provides the strength to keep going.

“Anybody who’s done something noteworthy with their lives all have one thing in common, and that’s discipline. Mastering the art of discipline will literally change your life,” he said.

He witnessed this firsthand when he gave up drugs and alcohol and noticed positive changes in his life. He took that as a sign from above to remain disciplined and let go of things that no longer served him.

“Now a cheat code to ensure that you’re staying disciplined to whatever you’re striving for is to prime your environment for success. Your habits are based on your habitat. And the main product of your habitat are the people in your life,” he added.

That brought him to the last step of creating a Hi-Level mindset: removing negative people from your life.

“Anybody that’s semidoubtful or naysaying, get them out. If you’re talking about your dreams and goals and they give small, sarcastic remarks … boot them. Just an all-around negative Nancy? Kick them out of there, man.

“Don’t let someone else’s negativity cancel out your light, for it can temporarily get in the way of you achieving what’s owed to you. You are a product of those who you hang around. Let’s make sure we’re hanging around other positive, Hi-Level individuals,” he said.

Facing Setbacks on the Path to Success

Even though Cordae became successful by mastering a Hi-Level mindset, things don’t always turn out as planned. When some fans criticized his latest album, he started to doubt himself.

“I became unmotivated, I started overindulging in things that I’m not proud of. I was almost thinking about canceling my upcoming tour, I was in a very dark place.

“But then I heard this Yiddish proverb that A$AP Rocky actually told me about at a most important time, and I’m sure he didn’t even know it. It’s “We plan, and God laughs.” And that made me think. The Hi-Level mindset is not a recipe for perfection but a commitment to honoring your potential and what you have to offer the world. Don’t let your small failures make you lose sight of your bigger picture,” he said. 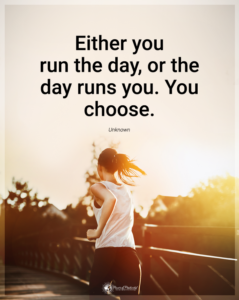 24-year-old rapper Cordae reached his potential by harnessing the power of positivity. He had a clear vision for his life and did whatever it took to achieve his goals. Cutting out negative people, remaining disciplined, and persevering through failures allowed him to succeed.

We will leave you with this inspiring message about positivity from Cordae:

“The Hi-Level mindset is about doing everything that you put your hands on at the highest level that you’re capable of doing. Think of your life as a book. Again, each chapter isn’t going to be perfect. But how do you want your story to end? In anguish? A bunch of what-ifs? Or leaving a legacy? I choose legacy. The Hi-Level way.”