Pisces have an imaginative, emotional disposition, and often keep their thoughts well-hidden from the world. They are gentle, loving, caring folks who have a heart of gold, but can easily get trapped by their own conflicting emotions and thoughts. They live inside their heads a lot and love to escape reality, since they have such a deep inner world to explore. Pisces are definitely the dreamers of the zodiac, and have a strong creative streak. However, they often feel misunderstood by the people around them, and can easily become depressed if they feel their voice isn’t being heard.

Pisces have a lot to offer the world, and all of us could learn a lot from this highly intuitive sign, if we attempt to understand them.

Why Pisces Is The Most Difficult Sign To Understand

They keep to themselves a lot.

They long for people to understand them. But they don’t always have the words to express how they feel or what they need. They certainly spend a lot of time in their own heads. That fact makes it hard for others to even get in touch with them. Pisces do open up eventually, but give them some time. Treat them with love, respect, and understanding, and you’ll have their trust in no time. They just get overwhelmed easily by the world, and find solace in their creativity and imagination. Start talking about fantasy, art, or some other creative endeavor, and you will see them come to life and join in the conversation! 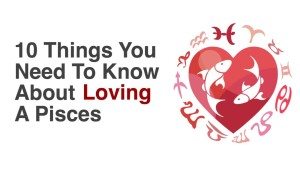 Pisces can become quickly disinterested in the modern world, because it seems so regimented and exhausting to them. The world moves so fast that they have a hard time keeping up, so they like to escape into the comfort of their own thoughts a lot. Pisces don’t mean to seem aloof or rude, but the world just tires them and drains them of their inspirations. Understand this about them, and you’ll have a much easier time hanging around your Pisces friends when they go off into their dream worlds.

They want to get close to people, but feel afraid of getting hurt.

Because Pisces have such a nurturing, caring nature, people often take advantage of their kindness. They want close relationships, but because they’ve been burned so much in the past, they can’t seem to rid themselves of the fear of getting hurt. If you give them a chance, however, you will open yourself up to the possibility of a beautiful, fulfilling relationship with them, whether romantic or platonic in nature.

They wear their heart on their sleeve.

Pisces are highly emotional creatures and give their heart away to whoever they feel deserves it. They fall in love easily, and because of this, they get hurt easily, too. They try to see the best in people, and continue to do so even after they’ve been hurt. However, once you do get on their bad side, they will forgive but never forget. Pisces have high expectations in relationships, and get let down often due to their standards. They want to believe in the good in people, but after getting burned so many times, their patience and hope start to dwindle.

They need a lot of alone time.

Pisces get drained very easily by all the stimuli in today’s world. In fact, they need plenty of time to decompress and recharge from all the conflicting energies out there. However, they also crave connection, support, and love from others. So they need a healthy balance of alone time and social time. No matter if you’re a friend or lover to a Pisces, remember to never let them get too far away. After all, Pisces wouldn’t survive without their relationships, but they also wouldn’t function properly without solitude. Honor their need for quiet time, and remind them that you’ll be around when they feel like coming out of their blissful sanctuary.

A Pisces loves close relationships, but at their core, they function best alone. They get overwhelmed by expectations in relationships sometimes. So they just need time away to recharge and focus on what makes them happy. They don’t want to alienate themselves from others. But sometimes, they just don’t have the energy available for anyone or anything BUT the person looking at them in the mirror. They don’t like relying on others and prefer using their own resources and energy to get things done. 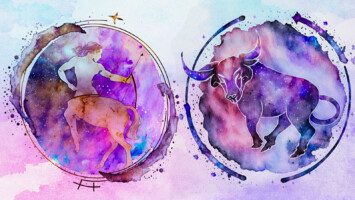 What Are Your Strengths According to Your Zodiac Sign?

Each zodiac sign possesses positive and negative qualities, but today, we'll focus on their strengths. It benefits y... 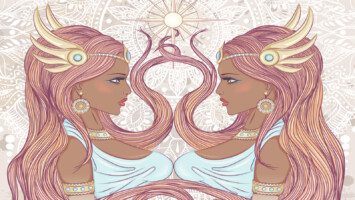 8 Things to Know About Dating a Gemini Woman

Dating a Gemini woman can often feel like a rollercoaster full of countless surprises. As an air sign, Geminis let t... 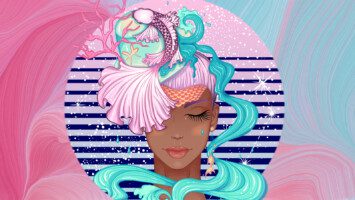 8 Things You’ll Only Understand if You’re a Pisces

People born under the zodiac sign Pisces have huge imaginations and often get lost in their thoughts. They sometimes... 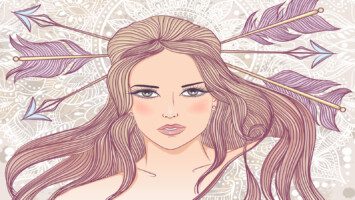 Ten Things You’ll Only Understand If You’re a Sagittarius

If you have a Sagittarius in your life, you know all about their irresistible, charismatic personalities. Those of t... 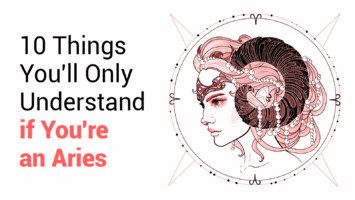 10 Things You’ll Only Understand if You’re an Aries

More than any other zodiac sign, Aries knows how to keep life exciting and fun. As a cardinal sign, Aries takes life... 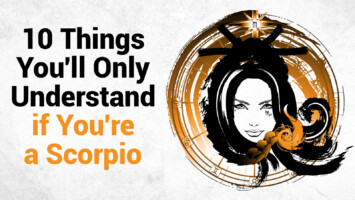 10 Things You’ll Only Understand if You’re a Scorpio

If you were born between October 21 through November 23, your astrological sign is Scorpio. Even if you’re not total...