“A lot of people think that pink eye is strictly an infection, like a bacterial infection, that they need antibiotics for, but the majority are caused by viruses.” – Dr. Michael Hanak

Pink eye, also known as conjunctivitis, is the bane in the life of people who wear contacts. It’s a pain to get rid of and can take a long time to clear up. Besides, even if you don’t wear contacts, you can still get it from someone, especially if they don’t know they’re infectious. Fortunately, pink eye is rarely serious, and it won’t damage your vision permanently, but it can make you hate your eyes for a while.

What is conjunctivitis, or pink eye? To explain it simply, it’s an inflammation of the thin tissue that covers your eyeball and helps your irises not get scratched by the rough surface inside your eyelids. That tissue is called the conjunctiva – hence the name conjunctivitis. Several things can cause it. Apart from the aforementioned contacts and contagion from other people, it’s also common for people who suffer from hay fever.

There are about three million cases of pink eye in the US every year – so here are some symptoms by which you can recognize the infection (and some tips on how not to make it worse).

Here Are 5 Signs You Are Getting Pink Eye

Have you ever had that feeling when you wake up that your eyes are welded shut and hard to open? Well, that’s not just because you don’t want to get out of bed on a Monday morning – pink eye can cause crusty and sticky eyes that are difficult to open. The inflammation of the thin tissue on your eyeball is barely detectable, but your body is trying to fight it off, so it produces extra mucus, which dries up around your eyes. As tempting as it is, don’t tug at the dry parts; you may pull an eyelash out or make the infection worse. Instead, either use antibacterial eye drops to make the mucus liquid and easy to wash away or use a clean, damp washcloth to gently brush it off.

This is a symptom a lot of people – especially people who wear contact lenses – tend to ignore but it’s one of the first ways to catch pink eye before it gets annoying. It can also be caused by direct contact with sunlight, or by producing fewer tears than normal. If you find your eyes are dry even after you’ve taken your contacts off, that might be a symptom for pink eye. There are “fake tears” or various eye drops you can get from pharmacies that stave the symptom, but dry eyes can cause inflammation, so don’t ignore it when it happens.

The most classic symptom of pink eye is – you guessed it – pink eyes. Rather than pink, you’re looking for more of a redness on the white of your eyes. This is not because that part of your eye is hurt; it’s because the inflammation on the conjunctiva is making it irritated. That’s also the most common sign that your conjunctivitis is infectious and you should be mindful of not spreading it around. As much as you might want to, avoid touching your eyes because you may then transfer bacteria from your fingers to surfaces, and then into other people’s eyes. Don’t rub your infected eyes. Instead, soothe them by closing them or using eye drops.

This is one of the symptoms that’s hardest to ignore about pink eye – your eyes will leak constantly. That’s because your body is trying to wash the infection away and your tear glands are producing a lot more liquid than normal. Even if you feel that these tears should be hydrating your eyes, they won’t. Normally, your eyes would tear up if you do anything that puts strain on them, like read, stare at a screen, or watch TV. Therefore, try to avoid doing any of those things while recovering from pink eye. Give your eyes a little break. Like any other organ in your body, they deserve it. 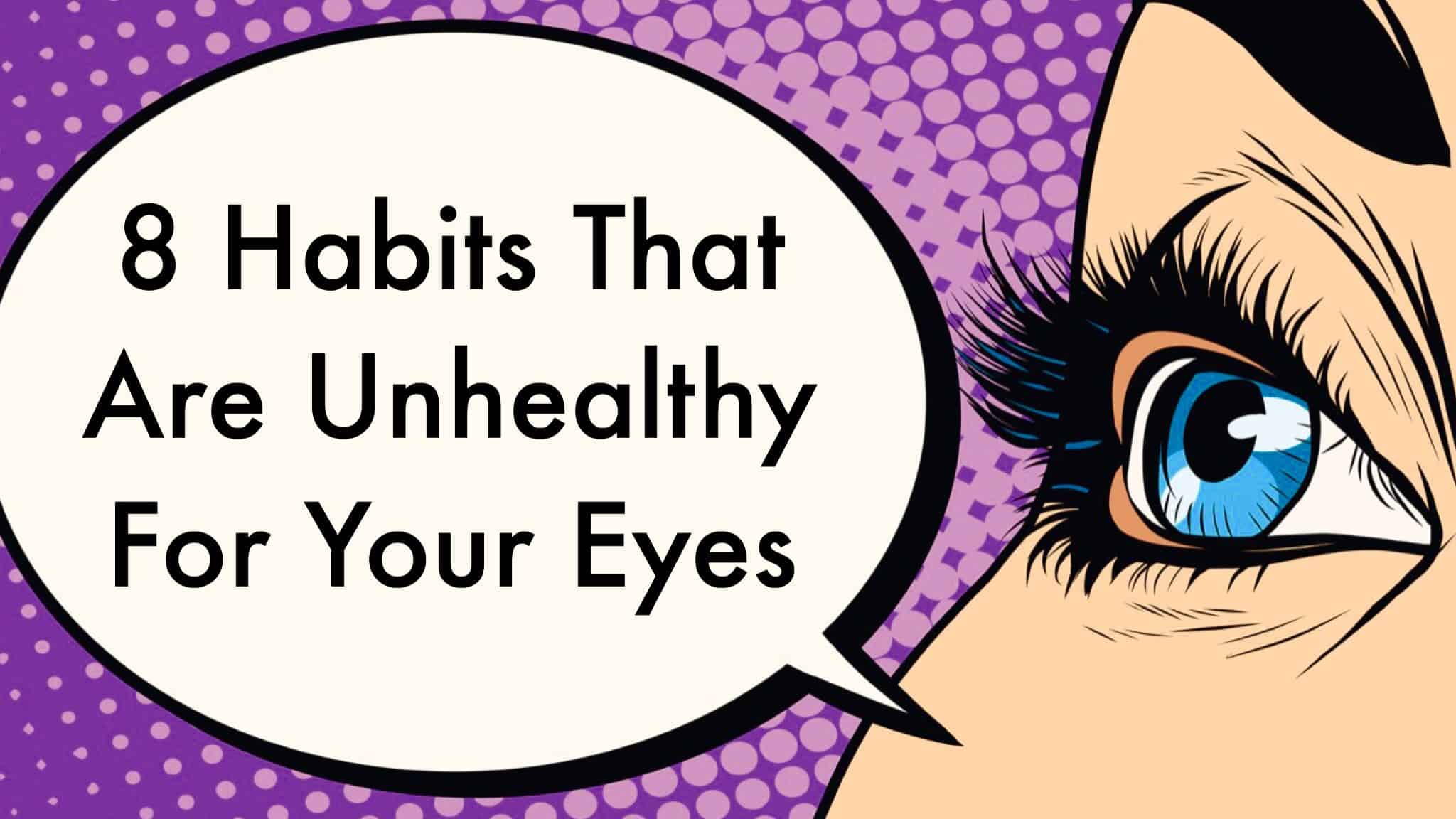 This symptom is again very frustrating to have to deal with, especially if you have to keep working while you have pink eye. You’ll constantly look like you’re falling asleep in board meetings. That’s because an infection of the conjunctiva makes your eyes swell and increases the pressure on your eyelids, so you’ll feel like you constantly want to keep them closed, even if you’re not sleepy. This symptom often means that you’ve been straining your eyes too much. If you can, try to take at least a half-hour break and just keep your eyes closed (without falling asleep!) That will have a positive effect as it will lessen the pressure on your eyelids.