‘If quantum mechanics hasn’t profoundly shocked you, you haven’t understood it yet. Everything we call real is made of things that cannot be regarded as real.’ – Niels Bohr

The ground under your feet and that coffee cup in your hand may seem solid, but physicists have proven that they are really just energies with movement. The implications of this non-solid reality are mind-blowing.

We continue to seek to understand our universe and our place in it. The more we learn, the more curious we become to understand deeply. The meaning of life may come from scientists who seek knowledge of these concepts through the study of quantum physics.

How Scientists Prove That Nothing is Solid

We have known for some time that every object is made of tiny molecules and that molecules are made up of even tinier atoms. Atoms are made of tiny sub-atomic particles called neutrons, protons and electrons. This invisible world that makes up the solid objects of our environment is the world of quantum physics.

Molecules and atoms vibrate slower in a solid state and faster in a liquid or gas state. Think about the examples of ice, water and steam. All of these are water in its various forms. The only difference between ice and steam is how much cold or heat we apply to the molecules that make up water.

Maybe you remember from chemistry class that water is made up of one Hydrogen and two Oxygen atoms, which is why we represent water as H2O. The atoms are made up of sub-atomic particles that are the nucleus, consisting of protons and neutrons and the outer part, which is where the electrons are found.

Physicists Prove That Nothing Is Solid

There are spaces between the atoms that make up the molecules that make up the water. In fact, if you had one molecule of water and were able to look for the part that defines the ‘stuff’ that makes water a tangible, physical, wet thing, you wouldn’t be able to find it.

Recent Implications of This and Other Scientific Discoveries

Our understanding of our world and how we interact with it are constantly evolving with new scientific discoveries. You may recall the recent news of the discovery of the God particle (The Higgs boson particle) through the giant Hadron particle collider.

The God particle is the stuff that makes up the empty space between atomic particles. Scientists believe that the God particle gives things their mass because it creates resistance as other particles push against it.

Empty space isn’t empty; it’s full of stuff that we just don’t know much about yet. Your molecules and the molecules of the air around you are all just spinning tiny energy particles dancing with each other.

Armed with the knowledge that all matter, including our physical bodies, are just bits of spinning energy, your mind becomes open to possibilities. Open-minded, positive, universal unity becomes an emotional focus and goal for you.

We are all the same. All human beings are the same spinning energy. So are trees, stones, water and air. All of this spinning energy is moving and creating and being and we are a part of it.

The esoteric, spiritual, global implications for your world-view are pretty amazing. You may be feeling very new-agey right about now and that’s a part of a spiritual evolution that much of the planet is going through at this time.

‘Acknowledge and know that you are just a human being, experience the oneness of a diverse organism called the universe. What we must understand is that all there is, all we ever know or we think we know or believe is our imagination; now imagination is everything. Your sense organs are part of the imagination. They are a way to transmit and receive reality. Reality isn’t real you create it with your imagination. You cannot be sure of anything and tying down to any belief system is constructing barriers for the imagination. The Imagination is limitless, it has no boundaries; only the ones we set for ourselves. The true reality is infinity. We are part of that infinite paradox of evolution.’

Related article: Evidence That The Human Body is a Projection of Consciousness 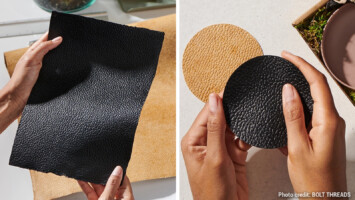 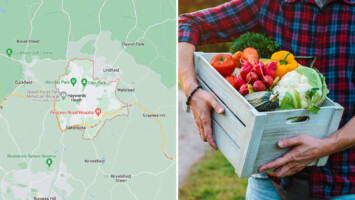