The word ‘pharmaceutical‘ derives from the Greek word pharmakos. Moreover, the roots of the term can mean either poison or remedy. But that’s part of the problem. You might believe that your doctor is prescribing a pharmaceutical drug as a remedy for your illness. But you’ll soon see that it might be both helpful and harmful at the same time.

Many of us tend to prefer natural remedies over pharmaceutical drugs whenever possible. However, you might sometimes have a condition that requires a medical solution. Thus, there at least five things you need to know about the medicines that your doctor prescribes for you.

5 Things You Need To Know About Pharmaceutical Drugs

There is nothing new under the sun, other than the elements that are human-made. Thus, most pharmaceutical drugs originate from plant sources anyway. Manufacturers process these as such:

Since chemical laboratories can refine plant sources into pharmaceutical drugs, is this better living through chemistry? Or, have we stumbled into a cure that is worse than the disease?

1. Many pharmaceutical drugs have side effects

Some of the shocking facts about the risk of death from pharmaceuticals is highlighted in the first chapter of the book The Risks of Prescription Drugs, published by Columbia University Press and edited by Donald W. Light, professor of social medicine and comparative health care at the University of Medicine and Dentistry of New Jersey and a senior visiting researcher at Princeton. People can also be addicted to pharmaceutical drugs like pain killerds etc, which require immediate attention from MAT treatment center.

The authors begin by telling us that in 1994 alone, over 2.2 million American hospital patients experienced an adverse drug reaction. Of those, an estimated 106,000 died due to the harmful effects of the pharmaceutical drugs that they took. That figure makes adverse drug reactions the fourth highest cause of death for people in the United States. The number also does not account for fatalities from drugs taken at home or by nursing home patients since this only counted hospital patients.

Potentially unhealthy drug interactions with food that we eat or with our bodies can cause death, disease, or disability. The drug that you take treats a specific symptom, but you can bet that there are side effects that are not ideal for your medical condition.

These side effects may harm your body in other ways, or cause unnatural changes. For example, the drug Paxil, designed to help reduce anxiety, can have the side effect of causing shakiness and muscle tremors. Anxious people already feel shaky, so adding a medication that causes shakiness, but helps with mood is pointless.

Pharmaceuticals have the highest risks for women, older people, and people with disabilities. When labs test new drugs, these populations are the least run through clinical trials even though they are the most affected groups. Drugs also have significant hazards to pregnant women, their unborn children, breastfeeding mothers, and the children who drink their breast milk.

Pills contain ingredients that were once easily identifiable plants, minerals, or even animal components. Still, now there are chemical derivatives that mimic these natural substances, including those from biotechnology and genetically modified products that are now unrecognizable as a natural product.

One example of this is the Chinese herb Corydalis, a relative of the poppy, which shows up in pharmaceuticals as tetrahydropalmatine. Doctors issue this remedy as a sedative and analgesic for pain. You can pay for the drug version, or you can visit an herbalist for the lower cost, unprocessed plant version.

3. Most prescriptions provide short-term relief to a long-term disposition

A typical pharmaceutical drug is taken once or multiple times per day to maintain a dosage in your bloodstream that provides the desired treatment effect. You have to keep taking the medication, or the effect wears off. Often, the long-term illness that the drug is designed to treat never goes away. Instead, you merely mask the symptoms of the disease with the medicines that you take rather than healing yourself.

4. Many pharmaceutical drugs likely lead to having to take more medications

One of the significant problems with pharmaceutical drugs is that they do not cure the underlying cause of the illness. As a result, you become dependent on the drug to treat your symptoms, not to heal you. Becoming dependent on your medication is a problem for many patients since the drug takes away the symptoms. Still, it does not cure you. If you begin to feel better, now you have to continue taking the pharmaceutical drug for the rest of your life if you don’t seek to treat the underlying cause of the illness. 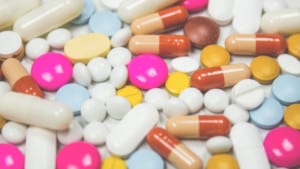 The pharmaceutical industry often makes outlandish profits on trademarked drugs, and the consumer who is dependent on the drug pays a hefty price. In a recent review of prescription drug costs, researchers say the following:

“Prescription drug expenditures grew at double-digit rates during almost every year since 1980.” They add, “the overwhelming majority of the increases in expenditures on prescription drugs were attributable to increased volume, mix, and availability of pharmaceutical products.”

In other words, the more drugs that become available, the more costly they are for consumers, whereas greater availability would generally drive prices lower. 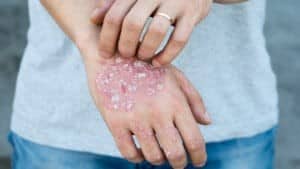 At times, people may find they have a condition that necessitates more aggressive therapy. In this event, seek the advice of your family doctor. Express your desire to try natural remedies if it’s safe to do so. When it’s possible, your doctor might be able to offer up another natural remedy that you have not considered or tried.

However, some medical doctors will jump to writing prescriptions if you do not speak up and inquire about natural alternatives. That fact stems partially from the fact that pharmaceutical companies have slick ad campaigns and reps that woo doctors. And, partially, that script is the result of patients who demand quick cures.

Your physician can also advise you when a condition is severe enough to warrant a prescription instead of a holistic treatment. Remember, you must serve as your own advocate in the pursuit of improving your wellness. If you disagree with your doctor about pharmaceutical drugs after an open discussion, don’t go it alone. Seek the care of an alternative healer for advice and guidance.