Peanut butter and jelly sandwiches have been a staple in American lunches for decades. The sweetness of jelly or jam perfectly complements the salty, thick texture of peanut butter. Whether you use white, wheat, or rye, the fluffiness of the bread brings it all together. From service members to schoolchildren, this sandwich has provided millions with a nutritious, healthy lunch.

Julia Davis Chandler invented the popular sandwich in 1901. Shortly after, the recipe appeared in the Boston Cooking School Magazine of Culinary Science and Domestic Economics. In the beginning, the sandwich was mostly served at fancy tea parties and other formal occasions. However, it soon became a staple in many households, as the ingredients were cheap and shelf-stable.

Plus, peanut butter and jelly sandwiches are one of the easiest foods to make. They also have all the macronutrients – protein, fat, and carbohydrates – making it a perfect meal for kids and adults alike. The original recipe from Julia Chandler was quite simple but caught on as more people discovered it. The magazine published the short and sweet instructions for making the sandwich as follows:

“For variety, some day try making little sandwiches, or bread fingers, of three very thin layers of bread and two of filling, one of peanut paste, whatever brand you prefer, and currant or crab-apple jelly for the other. The combination is delicious, and, so far as I know, original.”

However, back then, pre-sliced bread and jelly hadn’t even been invented yet. Those came about two or three decades later, and as the ingredients became widely available, the prices dropped dramatically. Thus, this made the sandwich more accessible to even poor people, and it became a staple in the American household.

Now that you know the history behind the peanut butter and jelly sandwich let’s get to the recipe! We will show you how to make your own bread for the sandwich.

Here’s how to make homemade bread for
scrumptious peanut butter and jelly sandwich: 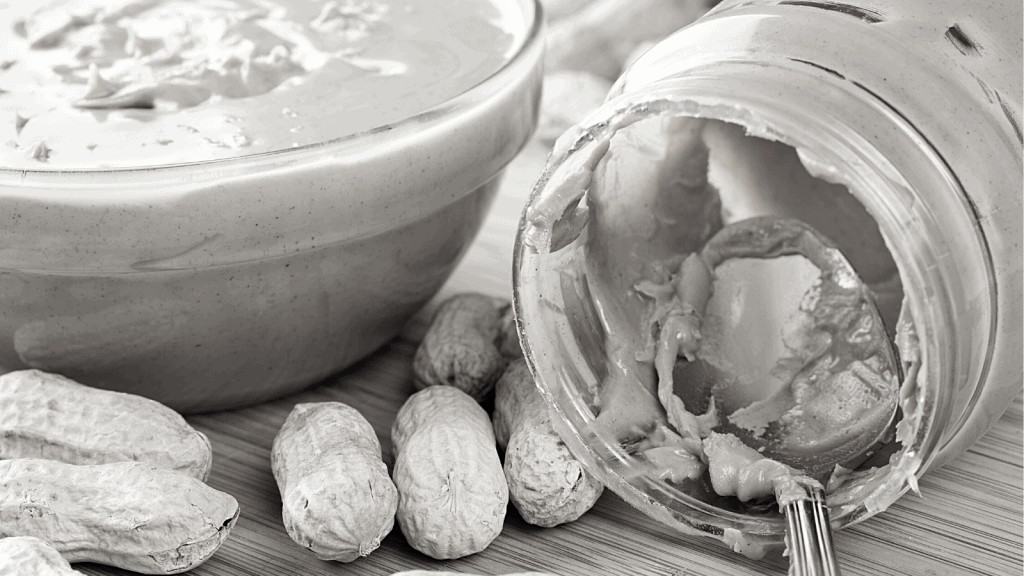 You will enjoy the process as much as the outcome!

Get out your large mixing bowl and pour in the all-purpose flour. Next, add a tbsp of granulated sugar, salt, and instant yeast. Mix the ingredients with your whisk until thoroughly combined.

In a separate smaller bowl, whisk the warm water, melted butter, and egg until mixed completely. Add this to the larger bowl, using a spatula or large spoon to combine with the ingredients in step 1.

After stirring the ingredients together, use your hands to create a dough. Knead it until it forms a small ball shape.

Now, sprinkle a pinch of flour on your cutting board, and place the dough on top. Continue kneading it for 5-10 more minutes.

Next, drizzle a little olive oil in the large mixing bowl. Place the dough in the bowl, coating it thoroughly with the oil. Cover the bowl tightly with saran wrap and a large kitchen towel. Let the dough rise at room temperature until it’s doubled in size.

Once again, sprinkle a little flour on the cutting board. Place the dough back on the board, and use your hands to create a long cylindrical shape.

Line a bread pan with parchment paper, and place the dough inside. Cover with saran wrap and the towel, and let it sit for an hour.

If you’d like to make your own jam, follow this next step. Add 2 cups of frozen strawberries to a large pot. Add 2 tbsp of sugar, 1 tbsp of lemon juice, and lemon zest.

Stir to combine the ingredients, and cook on low until the mixture resembles a thick jam. Pour in a bowl or mason jar, and set aside.

Once cooled, put the peanuts in a food processor. Blend till the peanuts become thick and creamy. Scoop into a bowl and set aside.

Now, brush your bread with the egg wash using a pastry brush. After completely coating the top and sides, bake at 400 degrees F for 35-40 mins or until golden brown.

Use the knife to slice the bread once it’s cooled.

Now spread the peanut butter and jelly on two slices of bread, and enjoy. 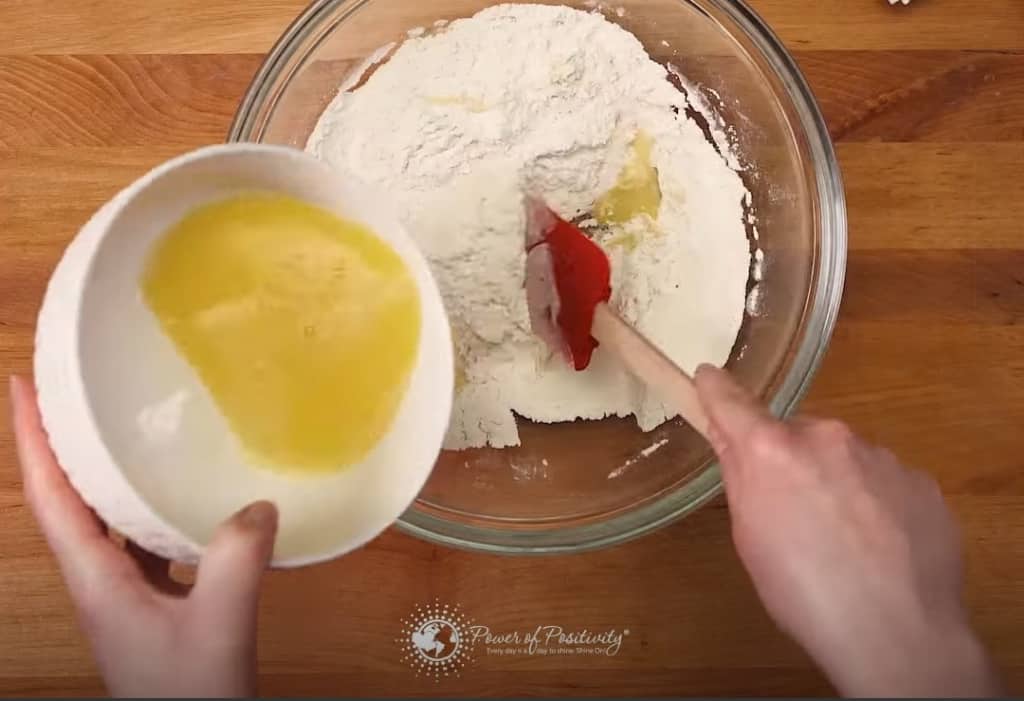 Keep in mind that you can skip a couple of steps by using store-bought peanut butter and jelly. However, if you want to keep the recipe completely homemade, you can do so as well. To add flavor and thickness, you could also add salt, sugar, and peanut oil to the peanuts. For the jelly, you can substitute other fruits such as grapes, blueberries, or blackberries if you prefer.