With the high-stress and fast-paced environment associated with contemporary society, panic attacks have become relatively common. However, many people are oblivious to the signs of a panic attack. Having the right knowledge about panic attack symptoms is helpful in understanding the attack. Panic attacks (PA) involve episodes of intense fear and tend to invoke feelings of terror in an individual and often strike without any warning; for example, as one is driving or in a meeting.

In some cases, panic attacks can even occur during sleep. However, the attacks are not caused by real danger and usually have no apparent cause. Although panic attacks do not pose a real danger to one’s life, they can significantly affect an individual’s quality of life.

Frequently, PAs tend to last less than ten minutes. However, in some individuals, the symptoms can persist for longer periods. The risk of having subsequent attacks for individuals who have had PAs is relatively high. If attacks occur repeatedly, and there is a high likelihood of getting more attacks, a person can be considered to have a panic disorder. Research shows that 2.7% of adults in the United States will suffer a panic disorder every year. This article aims to enlighten you on panic attack symptoms you should not ignore.

Panic Attack Symptoms you Should Not Ignore

Studies show that panic attacks cause dizziness due to the hyperventilation and anxiety accompanied by the condition. During the PA, the irregular breathing causes less oxygen to go the brain; albeit for a short period. Hence, confusion and dizziness can occur. The lightheadedness is also accompanied by a characteristic weakness. Weakness arises from an interrupted blood flow. Due to the lower blood volumes in the hands and feet, you might feel weaker in the legs and arms. This is just as a result of redirection of blood to bigger muscles to prepare you to take any action.

At the initial stages of a PA, the body experiences hot flashes for a short period. During the attack, your blood is retracted from areas that the body perceives are not needed including toes, skin, and fingers and redirected to the big muscles that can help you flee or fight. Subsequently, the skin around the feet and hands turns pale and cold.

The body responds to panic attacks by causing you to breathe faster and deeper to help your heart deliver more oxygen to the muscles in preparation for the perceived danger in the environment. In some cases, breathing is interrupted and can become irregular leading to breathlessness.

The digestive system responds to a PA by slowing down to a crawl. The stomach begins to experience a churning feeling because the food is not moving efficiently through the system. Consequently, you might experience feelings of nausea which may significantly affect appetite.

Once the body enters an attack cycle, the muscles become tense and you might begin to feel shaky or see the body trembling. The flight or fight response is primarily in charge of this response. Some individuals might see the hands, lips, or shoulders begin to shake uncontrollably. Other panic attack symptoms include sweating profusely during the attack. The sweating serves to cool the overheating body. 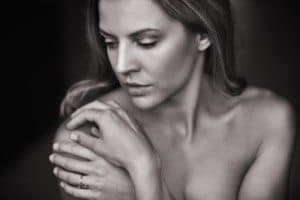 One of the common panic attack symptoms is a surreal feeling of reality. You might begin to feel like you are in a dream or like the body has taken over all sense of control. An individual can begin feeling like the present environment is not real or might see dangers that are not real.

Evidently, the level of fear and terror that associated with PA is usually unrelated to the goings on in the environment. One key fact to remember to enable you to differentiate between a PA and a heart attack or other debilitating conditions, is that the PA is caused by “perceived danger.”

Panic attacks are reactions to what people term as fearful and scary and are not caused by real health problems. To overcome panic attacks, it is important to understand that the fear is superficial. There are numerous strategies you can apply to help you overcome PA such as meditation, psychotherapy, regular physical activity, support groups, or medications.