“… being original is not easy, but I have no doubt about this: it’s the best way to improve the world around us.” – Adam Grant

Here Are 5 Things That Original Thinkers Do Differently

Great ideas aren’t born; they’re made. Original thinkers know that everyone has to start somewhere. They’re not afraid to do poorly in order to learn how to be better.

But, if the goal is creativity, then the time crunch can really give you a boost in the right direction. Original thinkers don’t always mean to procrastinate … but in the end, they end up waiting until the last minute to get that extra boost of adrenaline-fueled creativity.

Rather, this means that an original thinker is more likely to ask for help when they need it. If they know there is a skill that they’re not particularly good at, they find a way to make themselves good at it. People who are trapped by their limitations aren’t likely to become original thinkers.

Derek Sivers was quoted saying, “In a fixed mindset, you want to hide your flaws so you’re not judged or labeled a failure. In a growth mindset, your flaws are just a TO-DO list of things to improve.”

“Groupthink” is a term that denotes the idea of going along with something just because a group of people think the exact same thing. In environments like school or work, this can be pretty hard to avoid. Giving into groupthink doesn’t mean you’re a weak person. 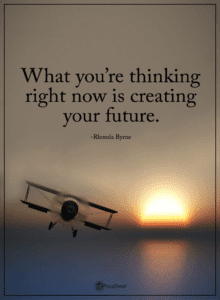 Contrary to popular belief, original thinkers don’t just come up with these grand ideas all on their own. Everything influences us, from conversations we overhear on the subway to the television show we watch before bedtime. No one is exempt from influence, especially original thinkers.

Michelle Obama said, “We know that our greatness comes from when we appreciate each other’s strengths, when we learn from each other, when we lean on each other…we’re all in this together. We always have been.”

The difference between original thinkers and everyone else, is that they take those influences and role models and make something completely new, original and exciting out of them. They use their influence to help propel their own creativity, rather than trying to rehash the same old idea. People who want to be original thinkers should never be afraid to find influence and inspiration in their role models.