We’re at a pivotal point in history right now. We have created so much waste in an attempt to make our lives better that the planet is choking in our excess. Billions of plastic particles litter the streets, oceans, and land, and we are now realizing how dire the situation is. Companies are trying to come up with ways to get rid of all this plastic before it’s too late, and volunteers from all over the world have started to gather for community cleanup projects.

To give you an idea of the staggering amount of plastic pollution in the oceans, here are some statistics courtesy of Plastic Oceans:

According to The Ocean Cleanup, one area where plastic has accumulated called the Great Pacific Garbage Patch is the largest in the world, measuring twice the size of Texas or 1.6 million square kilometers. At the time scientists did a sample, they found that there were more than 1.8 trillion pieces of plastic floating in the patch that weighed around 80,000 tons. This is equivalent to the weight of 500 Jumbo Jets. Furthermore, they said that 1.8 trillion is a mid-range estimate, and it could be as high as 3.6 trillion pieces.

The Great Pacific Garbage Patch is created from an ocean gyre in the central North Pacific. When various ocean currents meet, they form a swirling vortex, which prevents the plastic from moving out of the oceans onto shores where it can be cleaned up. The garbage patch was first discovered in the mid-1980s and is approximately halfway between California and Hawaii. Since the garbage patch is twice the size of Texas, space satellites can easily detect it.

“We need to respect the oceans and take care of them as if our lives depended on it. Because they do.” – Sylvia Earle

Last September, The Ocean Cleanup, a company committed to ridding the oceans of plastic debris, started a massive project using advanced technology to clean trash floating in the Great Pacific Garbage Patch. They deployed a floating boom system from San Francisco Bay to start performing testing before beginning the project. On their website, the company estimates that their systems can clean 50% of the garbage patch in the Pacific every 5 years.

How does it work?

The company was founded by 18-year-old Dutch inventor Boyan Slat in 2013. Their mission is to use “advanced technologies to rid the world’s oceans of plastic.” They will use dozens of floating booms to trap floating plastic and carry it out of the oceans. Each boom will capture up to 150,000 pounds of plastic per year as they float between California and Hawaii along the currents.

The floating boom systems were towed out 1,400 miles to the garbage patch last October to start the process of collecting plastic and other trash. The boom was designed to drift along with the currents, creating a U-shape. This helps clean up the trash efficiently since it can move with the motion of the currents.

The booms have 10 feet of netting below them to collect the smaller pieces of plastic that can’t be collected otherwise. After the boom fills up completely with trash, a fleet will come out to the boom to transport the plastic back to land for sorting and recycling. Of course, the possibility of collecting fish as well as plastic exists, but the company hopes that by making the netting 10 feet deep, fish can still pass under it comfortably.

The company has ambitious goals for cleaning up the world’s plastic, but so far, they’re the pioneers in the fight to rid the planet of plastic. While one of the booms did break and had to be returned for repair, the founders are not giving up. Since they came up with the idea, they must learn by doing, so of course mistakes are expected. 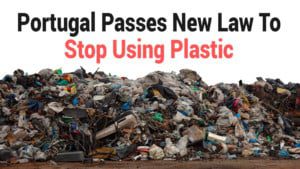 Hangups in the process

Rumors have spread about the company calling it quits, but the founder says “that’s rubbish.” The company is completely transparent with the public and posts regular updates to its blog. They’re in the process of correcting the problems with the original boom. The investors are still on board since many are entrepreneurs themselves and are familiar with iterative processes. Investors in the tech industry include Peter Thiel, co-founder of PayPal, and Marc Benioff, the chief executive of Salesforce.com.

The company aims to recycle and reuse the plastic it collects by creating branded high-quality products such as phones, chairs, sunglasses, and even car parts. Reusing the plastic already in the environment is the only way we can truly stop polluting the oceans and environment.

If you’d like a visual representation of how the technology works, here is a video explaining it:

What do you think about this new technology to assist in ocean cleanup? What efforts do you take in your daily life to reduce your plastic consumption? Share your thoughts in the comments!