Obsessive-compulsive disorder, otherwise known as OCD, affects approximately one in every 40 adults in the United States. According to the World Health Organization, this disease is a leading cause of illness-related disability globally.

Obsessive compulsive disorder OCD symptoms are characterized by a set of obsessions which relate to subsequent compulsions. However, some people may only experience one or the other. Although many sufferers may not realize it, these obsessions and compulsions can interfere significantly with their life. This article aims to explore some of the most common obsessive compulsive disorder(OCD) symptoms and what experts in the field say are the best ways of approaching them.

Here are 7 common OCD symptoms (and how to deal with them):

An OCD obsession is an unwanted thought that occurs persistently and repeatedly. These thoughts are intrusive to the sufferer, causing them anxiety and stress. Obsessions usually stem from a person’s fears, needs, aggression, or unwanted thoughts.

According to Dr. Debra Kissen, the clinical director of the Light on Anxiety Treatment Center of Chicago, the first step in treating the obsession is acknowledging the fears causing the obsession. ERP therapy, or exposure and response prevention therapy, is the best treatment of obsessions. This therapy requires the sufferer to increase their exposure to their fear slowly. Getting support to treat obsessions is also important, as voicing obsessive thoughts out loud can lessen the power of the thought. 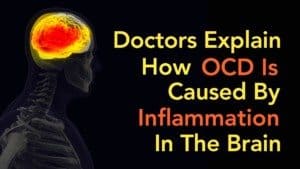 Compulsions generally stem from an obsession, wherein the obsession triggers the compulsion. A compulsion is a repetitive behavior that the OCD sufferer feels strong urges to perform, with the belief that doing so will reduce or prevent their anxiety or fears of something bad happening.

Compulsions often take the form of rules or rituals triggered by obsessive thoughts. Experts in OCD say that preventing compulsions requires individuals to resist performing them. Cognitive-behavioral therapy is the best treatment for OCD. ERP therapy is also generally is successful at helping people resist their compulsions. These therapies enable the individual to gradually build a tolerance to these thoughts and urges.

Obsessive washing and cleaning is a very common among Obsessive compulsive disorder OCD symptoms. This can take the form of obsessively cleaning their home, or washing their hands until their skin becomes raw.

Among the best ways to treat this symptom is for individuals to relax before they engage in the compulsion. As the compulsion typically stems from a desire to reduce anxiety. Therefore, taking a moment to relax before engaging in the compulsion can significantly induce its impact. Additionally, the sufferer may examine their wider set of anxieties to target them at the core. This helps to eliminate the need for the compulsion. Doing so should be done step-by-step, as people who suffer from OCD may experience similar symptoms of withdrawal as individuals who are withdrawing from a substance addiction.

Repetitive checking is also quite common among obsessive compulsive disorder OCD symptoms. This may include repetitively and obsessively checking doors and electronic devices to make sure they’re locked or turned off. According to Paul R. Munford Ph.D., of the Cognitive Behavior Therapy Center for OCD and Anxiety, ERPA, or exposure ritual prevention and awareness therapy, is the best way to approach this symptom.

This symptom often manifests itself by suffers feeling an urge to repetitively count to a certain number or in a certain pattern. According to Mark Dombeck Ph.D., this is a very common obsession among OCD sufferers due to its ability to effectively reduce their anxiety. These types obsessive compulsive disorder(OCD) symptoms can be rather complex, and therefore Dr. Dombeck recommends that people experiencing these symptoms seek the help of a professional psychiatrist. Treatment may involve medication and behavioral and cognitive-behavioral psychotherapy.

A routine or ritual may manifest itself symptomatically. For example in OCD suffered me repetitively repeat a phrase, prayer, or word. According to AnxietyBC, there are several key ways in which rituals and routines can be interrupted.