Happiness is contagious, but depression is not, says a study. But why is that important?

According to the World Health Organization, more than 350 million people globally suffer from depression.

With these staggering numbers, you would think that depression spreads just by having regular contact with those who suffer from the disorder. However, a groundbreaking study proves that depression does not spread among friends – happiness, on the other hand, does. The study, published in the journal Proceedings of the Royal Society B, analyzed data compiled from over 2,000 teenagers who reported their network of friendships and level of happiness based on questions given to them.

Based on these results, the researchers running the study gave students a “low mood” (depressed) classification or a “healthy mood” (not depressed) label. After obtaining these results, they ran them through a computer program to determine whether depression and/or happiness were contagious or not.

Here are the results of the study: 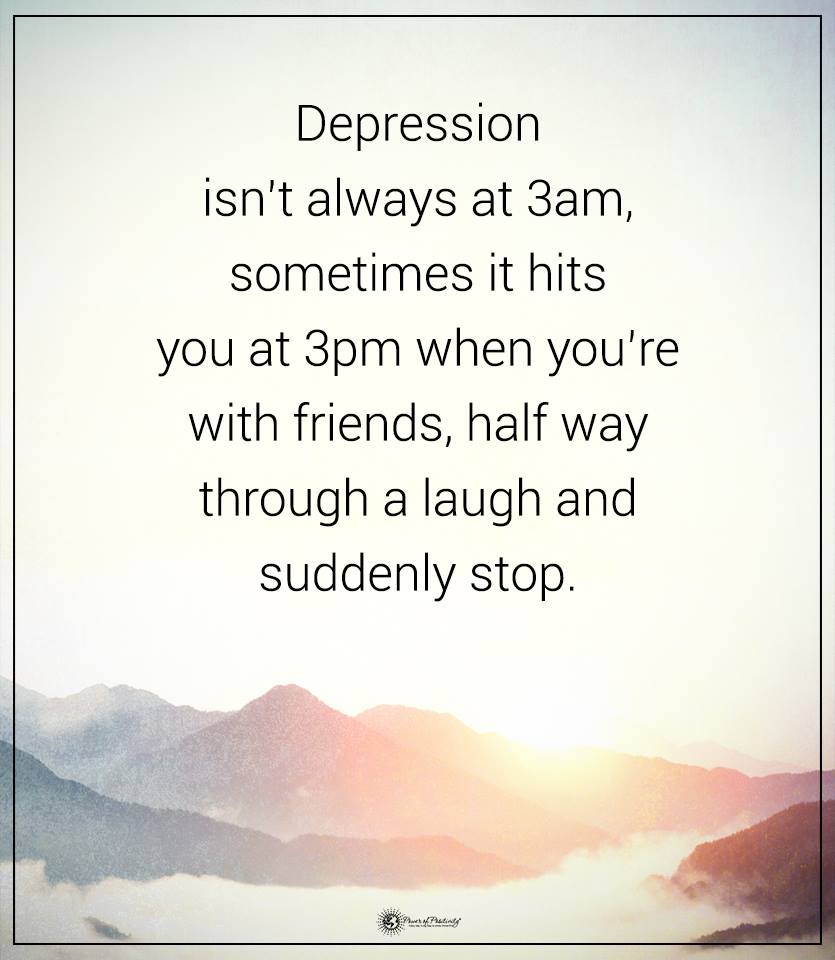 While happiness can spread like wildfire and even prevent depression, depression itself does not pass from one person to another. The researchers inferred from the computer model that teens with five or more “healthy mood” friends have half the chance of suffering from depression over a six to 12-month period than those without happy friends.

Furthermore, teens with ten or more happy friends have double the probability of returning from depression over that same period.

Professor Frances Griffiths, head of social science and systems in health at Warwick Medical School, University of Warwick, said, “Depression is a major public health concern worldwide. But the good news is we’ve found that a healthy mood amongst friends is linked with a significantly reduced risk of developing and increased chance of recovering from depression.”

A second author of the paper, Dr. Thomas House, senior lecturer in applied mathematics from the University of Manchester, said,

“It could be that having a stronger social network is an effective way to treat depression. More work needs to be done but it may be that we could significantly reduce the burden of depression through cheap, low-risk social interventions.”

This study suggests that having healthy friendships can only help, not hurt, one’s chances of recovering from depression. Furthermore, it proves that the risk of “catching” depression from someone else is virtually nonexistent, eliminating some stigma surrounding depression.

“If we enable friendships to develop among adolescents (for example providing youth clubs) each adolescent is more likely to have enough friends with healthy mood to have a protective effect,” House said in a prepared statement. “This would reduce the prevalence of depression.”

Unfortunately, many people today report feeling lonely and isolated, and one study found that loneliness is a more deadly disease than even obesity. With the rise of social media, more demanding jobs, and hectic home lives, many people simply struggle to find time to socialize or feel too tired or unmotivated after taking care of other needs.

While one might expect only older people to suffer from loneliness, it also affects a surprising number of young people. Having a close circle of friends helps us feel connected, loved, and supported, while not feeling close to anyone feeds symptoms of loneliness and depression.

So, how can you overcome depression and cultivate healthy friendships?

Depression doesn’t just go away overnight; it takes diligence and commitment to improve one’s mental health to leave depression behind. However, you can do a few things to get back on the road toward happiness and start changing your perspective: