People with depression feel trapped within their own mind, oscillating between feeling numb and feeling hopeless. These feelings are more than sadness or just “feeling down.” They haunt the person’s mind, forcing them to battle their thoughts constantly when depressed.

Depression can become debilitating if left untreated and can sadly result in self-harm and suicide. People who don’t understand depression often look at it as an excuse or an attempt to get attention. If you haven’t personally gone through depression, you might unknowingly contribute to the stigma if you believe that the suffering people are just making it up in their heads. According to WebMD, the manual used to diagnose mental disorders, DSM-5, indicates that you have depression if you suffer from at least five of these symptoms for a minimum two consecutive weeks:

– “A depressed mood during most of the day, particularly in the morning
– Fatigue or loss of energy almost every day
– Feelings of worthlessness or guilt almost every day
– Impaired concentration, indecisiveness
– Insomnia (an inability to sleep) or hypersomnia (excessive sleeping) almost every day
– Markedly diminished interest or pleasure in almost all activities nearly every day
– Recurring thoughts of death or suicide (not just fearing death)
– A sense of restlessness or being slowed down
– Significant weight loss or weight gain”

Depression is not something to be taken lightly, and those who don’t have it should aim to fully understand and research it before making insensitive comments that might trigger someone.

With that said, we’d like to review some things to never say to someone with depression.

What You Should Never Say to Someone Who’s Depressed

“That’s the thing about depression: A human being can survive almost anything, as long as she sees the end in sight. But depression is so insidious, and it compounds daily, that it’s impossible to ever see the end. The fog is like a cage without a key.” – Elizabeth Wurtzel

First of all, this statement completely dismisses the disorder. It makes the sufferer feel like they’re blowing things out of proportion, and the perpetual feelings of emptiness and melancholy are all in their mind (which of course isn’t true.) Depression is a chemical imbalance in the brain, so telling someone that they’re simply sad implies that it will pass and that it’s not as severe as they make it out to be.

This only reinforces the stigma surrounding mental illness, and shows a gross misunderstanding of depression. While people with depression can overcome it in some cases, many must battle it their entire lives. Sadness is temporary, while depression can be permanent.

Yes, sort of. If you say this to someone with depression, you got it partially right. Because of the chemical imbalance that causes depression, it creates symptoms that are very real to the sufferer. It is in their head, but they aren’t making it up. People only think that because they can’t see inside a person’s brain, instead only see what’s on the surface. However, this mental disorder is very real, and saying that a person is acting out for attention or so people will feel sorry for them is a huge insult to someone going through very real mental trauma. 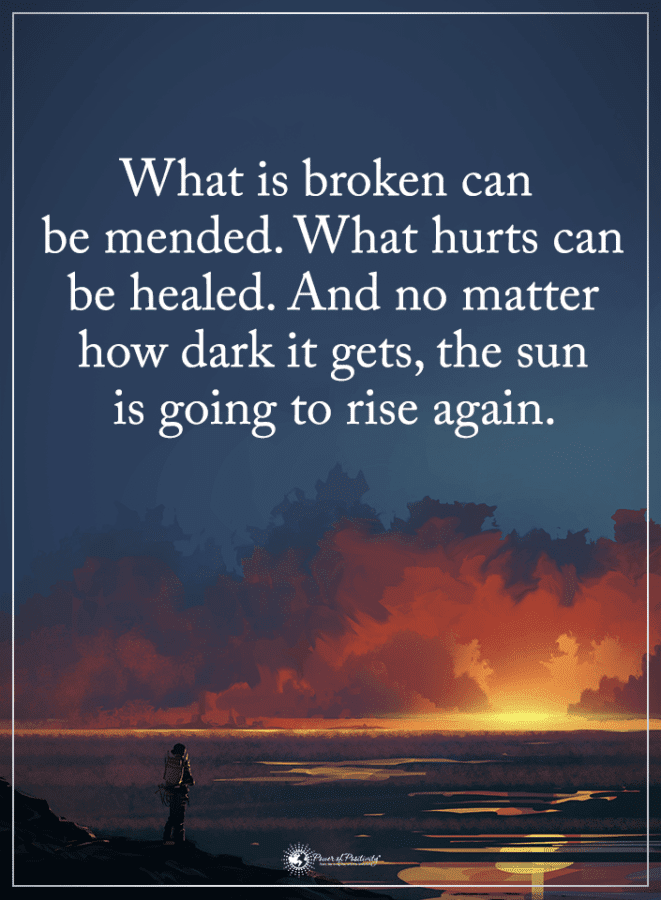