Negative behavior is part of the human experience. But when you indulge in it too frequently, that’s a problem

“Behavior is said to be self-sabotaging when it creates problems and interferes with long-standing goals.” ~ Psychology Today

Everyone is guilty to some degree of self-deception – some more so than others. These come in the form of negative excuses.

Fortunately for us, it possible to defeat any negative behavior sabotaging our progress. But the first step to solving any problem is admitting there is one.

And one big problem we have is lying to ourselves.

Lying about our behaviors, thoughts, and actions – and accomplishing absolutely nothing in the process.

It all comes down to our willingness to disengage from self-deception! To get us started on the beautiful path towards liberation, let’s point out some of the more negative and popular fibs we tell ourselves.

Here are seven negative phrases to stop telling ourselves right now! (We can do it!)

In a piece titled “Self-Sabotage: The Enemy Within,” the authors write:

Fix: We procrastinate for one reason, and one reason only: we think too far ahead. “Research indicates that establishing a low threshold to task engagement fuels motivation,” writes the authors.

Their advice? Just get started on the task. You’ll quickly realize things aren’t bad at all.

Unless the ‘x’ is love, oxygen, water, or food, the statement is not true. We can live without things. In fact, there’s a term for this type of self-denial; it’s called resilience.

Our brain is a wonderful, magical, and uber-intelligent organ. It’s also a drama queen. The brain will overreact to anything unless we train it otherwise.

We will engage in self-deception without realizing it. We’ll come up with excuses without knowing it. We’ll “need” something without needing it.

Fix: Read about minimalism. Believe us; you can live with far fewer people and things than you think.

Speaking of the brain. Another one of its favorite tricks is trying to get you to believe you’re incapable.

Let’s use the infamous New Year’s Resolution as an example. The ball drops in Times Square, and you’re committed to some goal. You happily celebrate with your friends and maybe down a glass of champagne or six.

Fix: Most of us don’t quit something on a whim. In many cases, we punish ourselves over the mistakes we’ve committed along the way until we can no longer accept the situation.

It’s important to realize that mistakes happen (we’re human, remember?!). Your errors in judgment are nothing more than detours. You’ll eventually reach your goal … if you don’t give up! 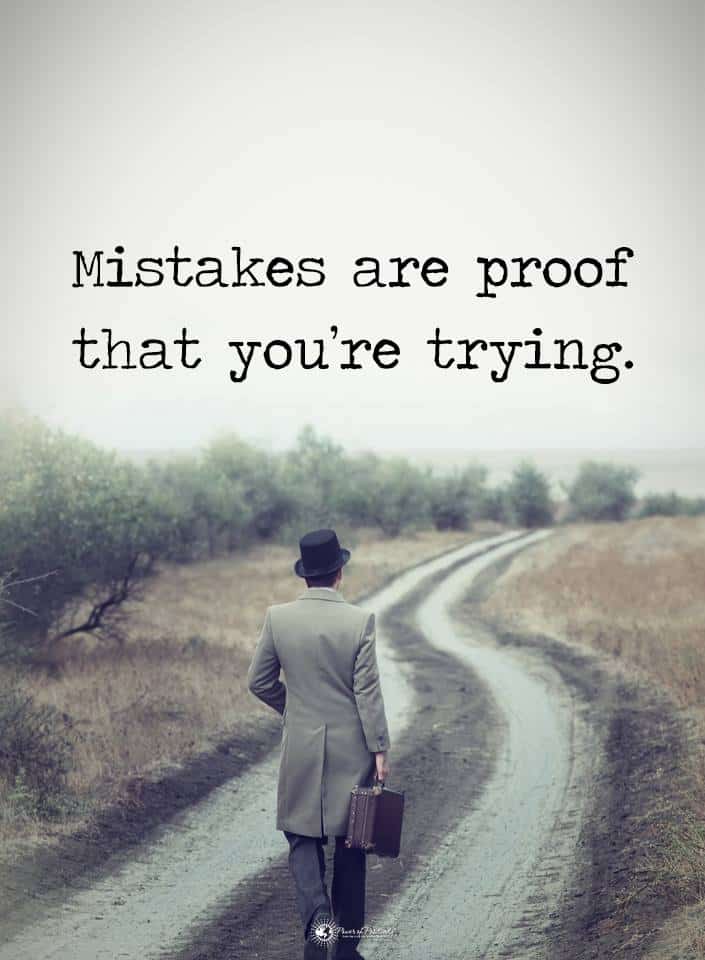 One of the biggest fears many of us have is the fear of rejection. How is someone rejected? By what they think, do, and say.

Look at some of the most revered people throughout history. Most of these individuals were heavily criticized and mocked for nothing more than being themselves.

Unless you’re a celebrity, most people are too wrapped up in their inner worlds to pay you much attention. The truth is that our mind tricks us into thinking we’re being critiqued when, in fact, nobody cares!

What is inner strength? Inner strength, writes Remez Sasson, is “willpower, self-discipline, persistence, the ability to concentrate, and piece of mind.”

In spite of popular belief, nobody is born with inner strength. Nor is inner strength bravado or “toughing it out.” Quite the contrary. Real inner strength is simply letting go – of anger, anxieties, and stress.

Fix: Buddha once said: “The mind is everything; what we think, we become.” If we think peace, harmony, acceptance, and gentle self-discipline, we will embody those things. Consider studying some form of meditation.

If you’ve ever worked in sales, you heard some variation of this statement multiple times. 99 percent of customers who utter these words are never seen or heard from again – or they buy from someone/somewhere else.