Anxiety is a common experience on a very long spectrum. If you’ve ever felt anxious, you know just how horrible it can be. It can even feel debilitating and all-consuming, fighting all logical thought that you know exists. For many, it’s a frightening experience.

Sadly, as with many other issues pertaining to mental health, there’s a lot of misinformation surrounding anxiety that permeates the internet and the world. Knowing what’s real and what isn’t is important if you’re trying to manage your own anxiety. Here are 9 myths about anxiety everyone believes, but aren’t true.

Some people make comments about how “everyone” seems to have an anxiety disorder these days, implying that some of these people are lying or faking it. Unfortunately, anxiety disorders aren’t quite that rare. 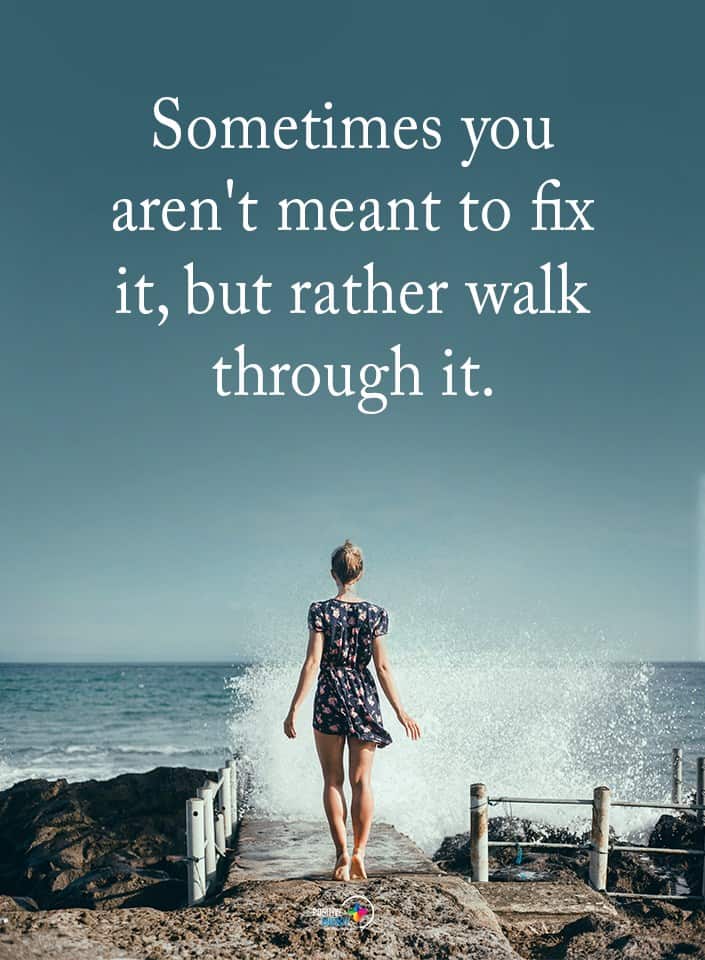 Anxiety disorders are far from uncommon. In fact, they’re the most common mental disorder in America according to the Anxiety and Depression Association of America. 18.1% of the United States population aged 18 and older experience an anxiety disorder.

That’s a whopping 40 million adults, and that doesn’t include children who begin to experience anxiety in childhood, which is also shockingly common; 25.1% of teenagers have one diagnosed! Here’s how many people have the five main anxiety disorders:

Myth #2 – Alcohol Is A Good Way To Ease Anxiety

When you drink a moderate amount of alcohol, you may notice that you feel a little calmer. It seems, at first, like this is a great trick for getting some liquid courage and feeling brave enough to do those things that make you anxious. You might even feel proud of yourself if you’re careful about only drinking reasonably and safely!

Unfortunately, alcohol’s boost to your positive thinking isn’t just temporary – it’s also counterproductive. Alcohol reduces sleep quality and makes you even more anxious the next day than you were the day before. Basically, the follow-up anxiety to alcohol is worse than the initial anxiety you may have been trying to get rid of!

Worse still, alcohol abuse is often a common comorbidity for those with anxiety disorders. The more reliant you become on alcohol to deal with anxiety, the more likely you are to overdo it, build up a tolerance, or use it as a method for avoiding your problems. You don’t need to quit alcohol if you don’t have an alcohol abuse problem, but you certainly shouldn’t be relying on it to aid your anxiety, either.

Myth #3 – Anyone Can Snap Out Of Anxiety

Anxiety disorders can seem silly to people who don’t have them. But like any mental illness, they don’t exactly resolve on their own. Most people do experience ups and downs with anxiety, meaning some days are worse than others. But even on good days, those with anxiety are still more anxious than those without it.

Myth #4 – Anxiety Has No Effects On Physical Health

Anxiety is a mental condition, so many people falsely believe that it’s just “in the head” and can’t affect any other part of the body. This is completely incorrect. Studies have actually found that people with anxiety can have such severe physical symptoms that they test within certain ranges equivalent to those with heart conditions, diabetes, and other problems. Here are some ways anxiety affects the physical body:

Those with anxiety can often experience shallow or rapid breathing. Those who also have respiratory disorders, such as chronic obstructive pulmonary disease, anxiety-related complications can worsen the risk of becoming hospitalized. Anxiety can also worsen symptoms of asthma.

When you experience anxiety, your body responds via a fight-or-flight instinct. This heightens the body’s pulse and breathing in order to supply you with the components you need to survive a situation, at the expense of other basic functions of the body. This is useful when you need it, but bad when it’s chronic, as your immunity is impaired by a constant fight-or-flight scenario.

You may have noticed that when you’re under severe stress, your stomach gets queasy. Anxiety disorders commonly affect the gut, leading to bowel movement problems, stomach pain, appetite changes, and even nausea. For some, it can also be a risk factor for diseases like irritable bowel syndrome.

It is genuinely simply not possible to avoid stress in life. Plus, it’s completely counterproductive to try. On the surface, it seems like avoiding anything that induces anxiety can reduce it in the long run, but that’s neither simple nor actually effective. This is because:

Of course, you shouldn’t throw yourself directly into the heart of what makes you anxious. Instead, try slowly and safely exposing your mind and self to things that cause anxiety. The world is full of causes of stress, and effective treatment of anxiety encourages a patient to learn that they can be courageous and accomplish tasks even when they are anxious!

Myth #6 – Social Anxiety Is Just Being Shy Or Introverted

Comparing introverted traits to social anxiety is like comparing mild sadness to major depressive disorder. These two things are so far apart on the spectrum that they’re simply not comparable at all.

Social anxiety refers to a significant fear or worries surrounding social performance and situations, typically to the point of significant fear, worry, or obsession with their own and other people’s behavior. The Diagnostic and Statistical Manual of Mental Disorders, 5th Edition lists the following as some of the symptoms of a social anxiety disorder or social phobia:

This is extremely different from simply being a shy person. It’s true that those who are shy could have a higher risk for developing social phobias, but that doesn’t mean they are the same thing. The difference in distress levels is noticeable.

Myth #7 – Anxiety Must Be Treated With Medication, And It Takes A Long Time

In this day and age, there are plenty of applicable and safe ways to treat anxiety that don’t involve the use of medication. There is absolutely nothing wrong with using medication to manage anxiety, but if that’s not the right path for a patient, there are lots of other choices, including: