Many health-conscious individuals who watch what they eat forget about a very crucial bodily function known as the metabolism. Cutting calories isn’t enough to lose weight, as your metabolism needs to be functioning optimally at the same time.

The problem is that so much of what you may be eating regularly is messing up your metabolic rate and digestive system without you even realizing it!

Here are 14 common foods that can mess with your metabolism.

Dairy contains several different components that are less than helpful for many people’s metabolic rates. These include:

Dairy in small amounts can be healthy, but those who consume a lot of it and have a lactose or casein intolerance may find themselves struggling as their body, unable to digest those components properly, slows down the metabolic process. Full-cream dairy products have a lot of saturated fats on top of that, which exacerbates problems like bloating. 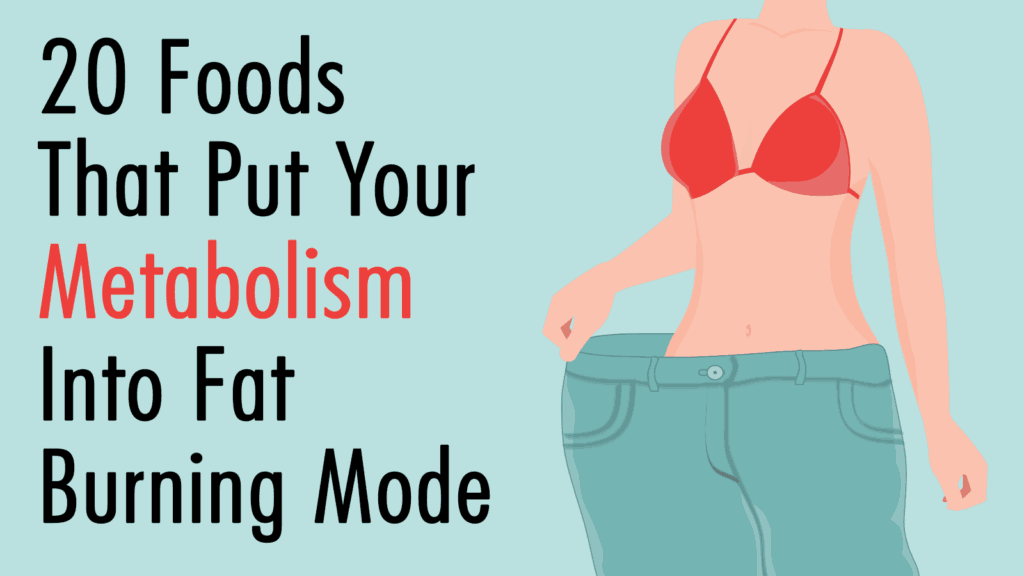 In recent years, you’ve probably started hearing more and more about the benefits of grass-fed meat as opposed to factory-farmed meat. A lot of the statements surround animal rights and similar issues. We should take these valid considerations into account. However, a closer look provides you with a human health-related reason grass-fed meat is better.

Factory-farmed beef is made by giving the cows in question a lot of antibiotics. This approach has been the standard, acceptable farming method for decades, as antibiotics prevented the overcrowded cows from developing and spreading disease. Most thought nothing of it until a study, published in the Frontiers in Public Health journal, revealed that those antibiotics are harmful to us.

This research mostly showed that antibiotics could cause weight gain and digestive changes, as they may kill off the good gut bacteria that human beings need to process food. Meanwhile, grass-fed cows that aren’t kept in inhumane conditions don’t usually need those antibiotics for their farmers to make a profit, so grass-fed beef comes made without the metabolism-harming medicines.

3.    Alcohol and a Sluggish Metabolism

Alcohol is full of calories, and when you drink your calories, you’re less likely even to notice them. But it’s not just that trap that can get you stuck when it comes to alcohol – your body’s metabolic and digestive processes can suffer, too, because:

If you’ve ever noticed that after drinking a lot of alcohol, you don’t feel motivated to work out the next day and wind up craving sugary things, it’s because alcohol causes an imbalance of blood glucose.

Lowered inhibitions mean that you don’t think as much about what you eat or drink, which can cause a lot of additional calories from unhealthy foods that further slow metabolism.

According to a study in Current Obesity Reports, actions such as heavy drinking increase the risks of obesity. Though many factors are contributing to this, the bottom line is that those who drink a lot are also more prone to making poor decisions, for any variety of reasons. 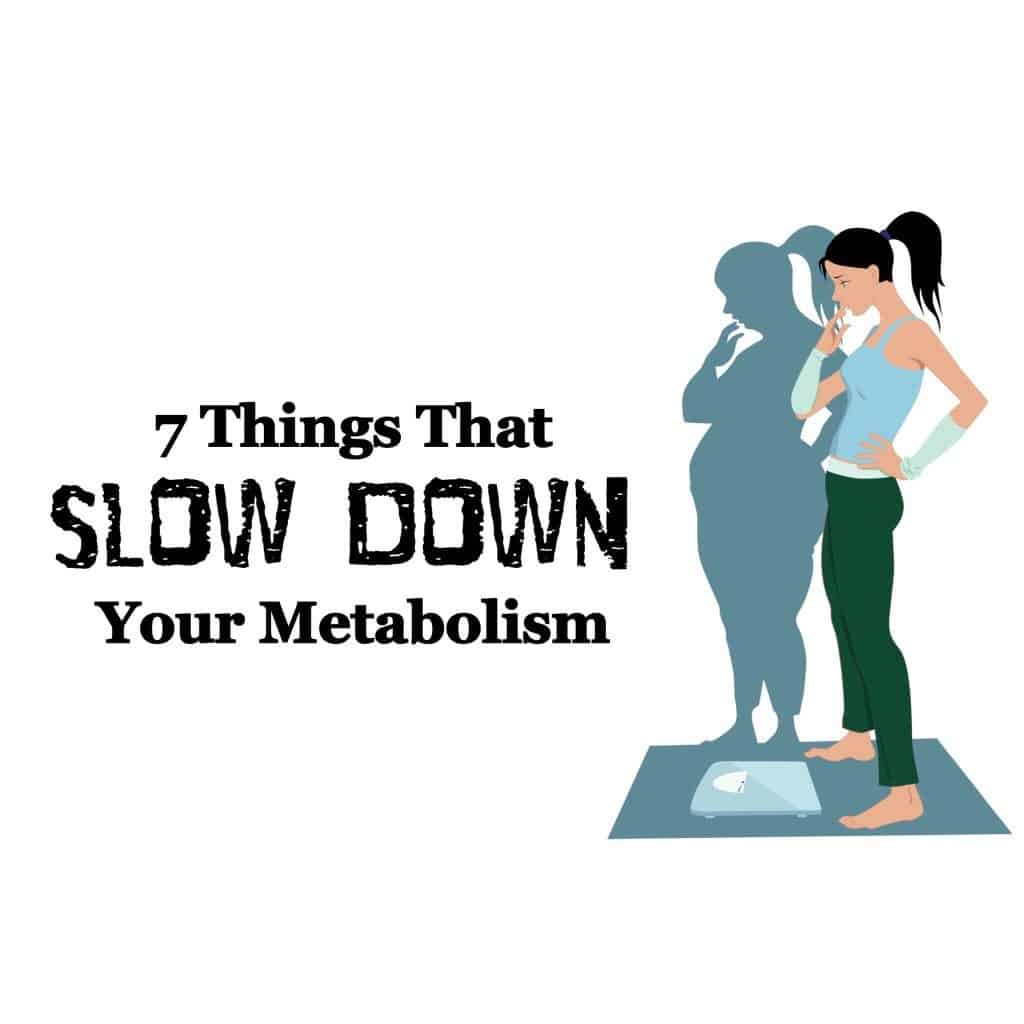 A lot of drinks have sugars in them. Even fruit juices and smoothies, touted as healthy, are packed with them, and “no-sugar” diet sodas are empty calories with artificial sweeteners that are just as harmful as sugar. The consumption of sweet dreams regularly links to numerous diseases, such as:

But why do sugary drinks, in particular, do this? That’s because most use something called fructose in their sweetening efforts. High-fructose corn syrup, specifically, is what is used, providing 55% fructose (which is more than table sugar’s 50%). Fructose affects the digestive system and results in increased fat storage.

A study found that overweight individuals consuming drinks sweetened with fructose experienced less positive metabolisms than those who didn’t, and in fact, their metabolic rate dropped at a noticeable rate.

These foods taste great, but they’re incredibly unhealthy – that’s why they’re commonly referred to as junk food and panned by health and diet experts. They contain trans fats in high amounts, typically impartially hydrogenated oils, and these oils can:

You’ve likely heard a significant number of good things about omega-3 fatty acids, which provide healthy fat to the body in an easy-to-digest and often nutritionally rich manner. But what about omega-6 fatty acids? Well, they’re excellent and sound to consume in moderation, but not too much.

Omega-6 fatty acids themselves aren’t harmful, but the fact that they’re effortless to find in oils and fats exacerbates the problem. This kind of fatty acid, when consumed in excess, can also cause inflammation that wreaks havoc on your metabolism, and it also increases the risk of developing insulin resistance, according to research.

Soybean oil is a prevalent ingredient in many different kinds of foods, so it’s difficult to avoid – and, therefore, all the more harmful. It is packed with:

Soybean oil has been found in studies to contribute to obesity, and it is the one component in the average American diet that has ruined the omega-3 to omega-6 ratio that would be healthy. It’s so high in omega-6 fatty acids that it can cause leptin resistance, which is a type of hormone that informs you when you feel full.

If you use soybean oil a lot, you can opt to switch to other options, such as flaxseed or olive oils, but remember to avoid eating foods where it is commonly used, such as in fried and processed foods.

Granola has been thought of as a healthy food for years, but unfortunately, the benefits of the oats used in them are completely drowned out by preservatives, sugar, and high-fructose corn syrup. Relying on them can result in an extremely slow metabolism, especially if you eat them in the morning.

Greek yogurt is amazing for your metabolism. Traditional yogurt? Not so much. They don’t have nearly as much protein as the former does, so you lose out on an important nutrient that helps keep the metabolism up. Some traditional yogurts also use fruit puree, sugar, and artificial flavoring, loading you up on simple carbohydrates that cause blood glucose spikes.

If you drink decaf in the evenings, that’s fine, and you’re doing yourself a favor. But depriving yourself of caffeine and swapping out normal coffee for decaf isn’t typically a good idea. This is because the caffeine helps kick start the metabolism.

It’s okay if you have one cup of normal coffee a day and then opt for decaf from that point onwards, but don’t eliminate regular coffee unless you have an excellent reason to do so!

Refined grains refer to foods such as white rice, white bread, white pasta, packaged food, and similar products. According to a 2011 New England Journal of Medicine study, individuals who consume refine drains gain .39 pounds per serving of refined grains they eat per day over years

Why does this happen? Well, refined grains:

All of these problems combined don’t just mess up your metabolism, but your overall feelings of fullness and even your energy and positive thinking. Opting for whole grains when making food choices provides much better nutritional value without harming the metabolism.

For most people seeking to live a healthy lifestyle, produce seems like a safe option. After all, what harm is there in typical fruits and vegetables? Unfortunately, the damage is not in the actual items in general, but the pesticides that conventional produce is farmed with.

Research published in a journal called Environmental Health Perspectives discovered that a prevalent form of fungicide used in produce farming could cause noticeable weight gain in mice. The researchers suggested that the positive results found in the mice are highly likely to be replicated in humans.

Of course, that doesn’t mean you should stop eating them. Instead, try purchasing organically farmed produce, or ones that specify they do not use harmful pesticides. Also, wash all your fruit before you cook or eat it!

A lot of frozen, easily microwavable meals are shallow in calories, sometimes with as few as 150 calories per meal. But this is an incredibly inefficient manner of encouraging weight loss and managing calorie intake because:

Sea salt is touted as “fancy,” but the reality is that the switchover from standard table salt to sea salt can be doing you dirty. This is because sea salt contains very little iodine, and iodine is a necessary component in thyroid and, therefore, metabolic function.

The best type of salt you can opt for is iodized table salt. If your palette truly is sensitive enough to mourn the difference in taste, you can instead eat sea salt with foods that are already rich in iodine, such as shrimp. 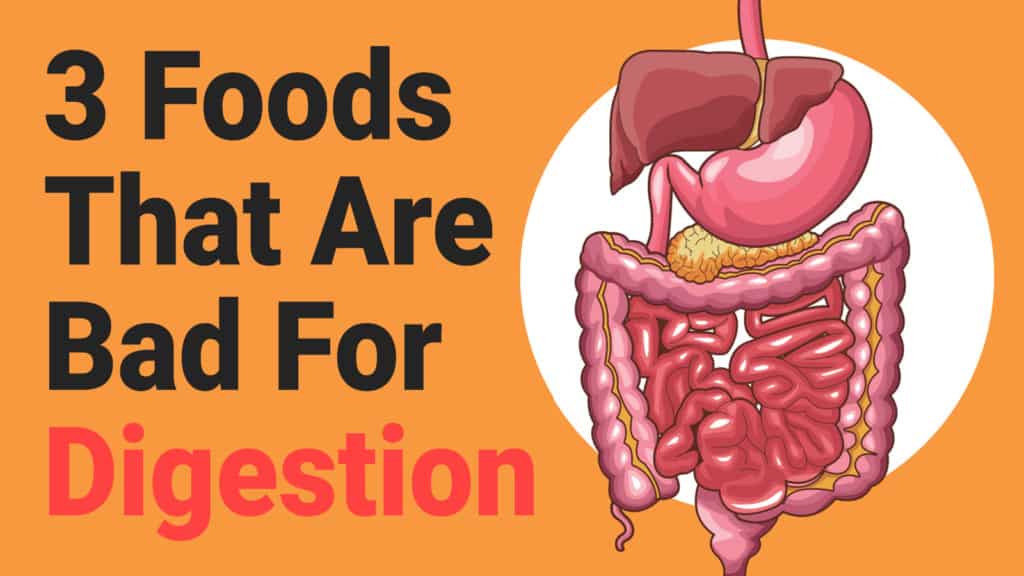 It can be difficult to avoid foods that affect your metabolism but focus on self-regulation and balance over complete restriction. With positive thinking and conscious, nutritious eating, and exercise, your metabolism will go up in no time.

Related Items 14 Common Foods That Can Mess With Your Metabolism a better metabolism foods that mess up your metabolism metabolic processes metabolism signs of a low metabolism slower metabolism
Power of Positivity uses cookies to give you the most relevant experience. For more information see our Privacy Policy.
Continue
Manage consent