Manipulators are soul-sucking individuals who will drain your energy – and threaten your mental health. Manipulative people think about one thing and one thing only: how to benefit themselves. They give little to no thought as to how their behavior affects others.

The act of manipulation is a tool used by predators of society – the narcissists, sociopaths, and psychopaths among us. Their goal is to establish and strengthen control over their victims. The most common type of manipulation used by such people is psychological/emotional manipulation.

Per Psychology Today, psychological manipulation involves “the exercise of undue influence through mental distortion and emotional exploitation, with the intention to seize power, control, benefits and/or privileges at the victim’s expense.”

Using this definition, we will discuss the typical attributes of the manipulator, including how manipulators communicate. Part of this communication includes phrases that manipulators use to victimize.  Finally, we will suggest practical ways to cope with a manipulative person.

The Psychology of Manipulation

“Psychological manipulation is a type of social influence that aims to change the behavior or perception of others through abusive, deceptive, or underhanded tactics.” – Wikipedia (source)

Tactics used by manipulators are often abusive and exploitative in nature. Regarding the former, manipulators will willingly breech someone’s personal space and use underhanded aggression (passive-aggressiveness) in an attempt to coax the person into doing something. Manipulators will exploit any number of a person’s personality traits if they believe it will serve them. People who are generally trustworthy and those with a high degree of timidity are often targets of manipulation, for example.

This underhanded aggressiveness and ruthlessness often distinguishes psychological manipulation from social influence. Social influence, though it might also involve manipulative underpinnings, is more likely unintentional. Such is never the case with manipulation which, by definition, requires intent.

George K. Simon, the author of numerous psychology books, cites the following as a basic framework for manipulators:

After the manipulator has won over their victim, they will use a variety of behaviors and techniques to maintain and strengthen control. The “Big 5” of manipulative control methods include:

You can occasionally spot a manipulator by the things that they say. (Be careful that you are not overgeneralizing, however. More on this later.) Manipulators tend to stick with tried and true methods, meaning that they will repeat the same behaviors – in this case, the things they say – more than once. On this note, here are 8 phrases that manipulators use often:

The name of the game for the manipulator is confusion and evasion, as these permit them to continue in their ways. Part of sewing the seed of uncertainty – and keeping it planted – involves deceptive communication. Attempts by the victim to rationalize with the manipulator regarding their poisonous behavior is almost always brushed off with an evasive phrase like “You don’t understand.”

Oh, this one’s too precious! Talk about the pot calling the kettle black. Yes, a manipulator will “call someone out” for (not really) being dramatic. Keep in mind that drama is the manipulator’s bread and butter, as drama is the source of their power. Manipulators stage arguments, lie, fake cry (yes, they do!), and downright nail the role of a perpetual victim. Make no mistake: it’s probably not you that’s being dramatic. If you are, there’s probably a darn good reason.

Deception and evasion. Deception and evasion. Repeat. The claims of paranoia by the manipulative are nothing more than avoidance of responsibility. If the liar accuses you of being paranoid, it’s probably because you are right on their tracks. Stay there and don’t leave until they’re out of your life for good!

Yes, they do. And if they don’t, you must be interrupting the cheat in the middle of brainstorming their next evil plan. (Good for you!) Step back and think about this for a second, okay? Here’s a person that has done little but create division and set the stage for heated conversation. What reason do they have not to want to argue? Here’s a reason: they don’t care whether you in fact argue. In their mind, they can always successfully throw it back in your face.

No, you’re not too sensitive. Well, scratch that. You may be too sensitive in the eyes of a manipulator given that they have no empathy – at least not for their victims. If they did, they wouldn’t be telling you that you’re “too sensitive.” When you hear this, do us all a favor and find the heaviest object that you can successfully heave across the distance separating you and them. Or better yet, just get rid of the scandalous bottom feeder. 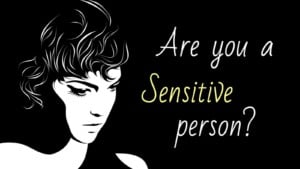 You probably are, but there’s likely a good reason. Usually, overthinking isn’t healthy. When trying to decipher someone’s cryptic messages, however, logical thought can be constructive. As with number 3, “You are being paranoid,” when this person claims you’re thinking too much, it probably indicates that what you have to say is accurate and that they feel threatened by your conclusions.

When a manipulator utters these words, one of two things have happened: (1) your “stubbornness” got in the way of something they wanted, or (2) they are trying to sow the seeds of self-doubt and guilt. Exaggerations are a tool used when they want to sound like they know better than you. In all likelihood, “You always do this…” is their way of saying “You are getting in the way of me doing what I want to do.”

In case you don’t know by now, manipulators lie – a lot. In fact, most of the words that come out of their twisted mouths are probably lies. It’s no surprise, then, that when you catch them in a lie that they lie about lying. At a certain point, you must realize that this toxic character is an anchor that needs to be released!