There exist certain rules of engagement when it comes to making a solid first impression.

Let’s consider a job interview – a situation where first impressions are critical. You already know what to do: dress the part, watch your body language, and hold some knowledge about the company and job role.

But there’s a difference between  – not only making a good impression – but keeping it.

Let’s revisit the job interview from a different perspective – the interviewers.

After a while, interviewers must “get smart” when it comes to doing away with the B.S. people throw at them – or risk having their judgment called into question.

They’ve had to learn the hard way; namely through getting duped by people making a “great first impression” only to disappoint.

The point is if we’re going to keep a solid foundation of people at our side – friends and colleagues, intimate partners, and others –  then we must understand and put into practice something called “impression management.”

Impression management is defined as “a conscious or subconscious process in which people attempt to influence the perception of (others) … by regulating and controlling information in social interaction.”

In this article, we’re going to narrow down some of the best advice from impression management experts that can help us in our day-to-day relationships. If you commit to – and properly execute – these seven methods of impression management, you’ll enhance your ability to both impress and influence people in the long run.

“You never get a second chance to make a first impression.” ~ Will Rogers

We are always communicating, whether or not words are being formed by our lips. Has anyone ever asked you “what’s wrong” when there was nothing? That’s a perfect example.

We’re always sending messages. From the words we speak and our tone of voice – to our body language, such as posture and facial expressions – communication is continuously sent and received.

Respect goes a long way, especially in a society where everyone seems to be looking out for numero uno.”

Being disrespectful always comes back around. Look at the proliferation of sexual harassment claims against politicians and actors to see this karma in action.

At work, failure to be respectful can get you fired. In your relationships, disrespect can get you dumped.

The bottom line: when it comes to impression management, r-e-s-p-e-c-t is the fundamental building block.

Despite all of the world’s problems, we’re living in perhaps the most learned age in history. The democratization of knowledge and education has led to people the world over being more informed.

Studies have repeatedly demonstrated the link between education and a more egalitarian view of the world.

Be fair, even-minded, and mature. Listen to others’ perspectives even if they don’t align with your own. Instead of ridiculing an idea you interpret as unworkable, take the time to listen and understand. 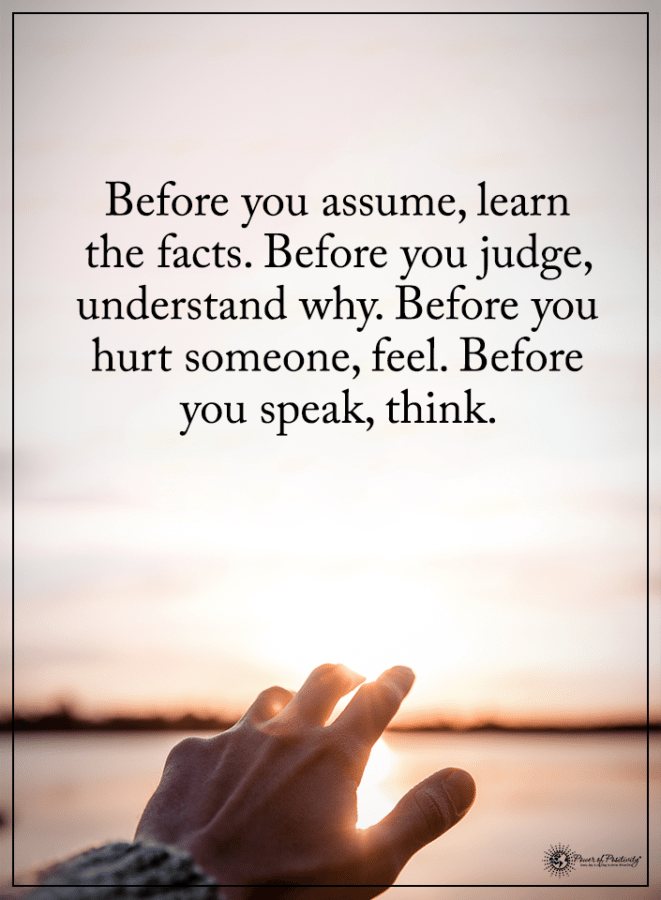 But there’s a whole lot of good going on in the world, too.

Why doesn’t the media talk more about these things? Because human beings possess something called a ‘negativity bias,’ where we pay more attention to bad events than good ones. More viewers = higher ratings = more advertisements = more money.

So just when you’re about to fall into a rabbit’s hole of negativity, do a bit of searching and find some good in the world!

Remain true to your word unless there’s an excellent reason. People who say what they mean, mean what they say, and let their actions do the talking always seem to remain in the good graces of others.

Be on time for appointments. Pay people what they’re owed. Don’t make false promises. Do what’s right even if it requires some sacrifice or discomfort.

Holding others accountable for their word is also applicable.

So many people have informative and insightful things to add but choose not to for whatever reason. As an introvert, this writer sympathizes – it’s difficult for our kind.

But people can’t hold you in a positive light if you refuse to engage. Worse, the shy ones are often overlooked for the simple reason that people aren’t aware of their abilities!

Don’t be overly concerned with people’s reactions, either. As long as you remain positive, polite, and conscientious, most people will listen to what you have to say!