Your lymphatic system, though independent, is one of the most vital components of keeping you healthy. The primary purpose of this system is to transport a fluid called lympha towards the heart. In the Latin language, lympha means “freshwater,” which is essential for your entire body.

To understand the benefits of this vital system, you must recognize both the function and purpose of it. It’s a tissue network and not an independent organ like the heart or liver. It’s comprised of vertebrates, which are also part of both the immune and circulatory systems.

Within this network, you will find organs, tissues, and lymphatic vessels. The one you are probably most familiar with is the lymph nodes. These little bean-shaped forms are a vital part of your immunity.

The nodes contain white blood cells that help to fight off disease and infection that enters your body. You will become aware of their presence as they become large, inflamed, and painful when they are battling an illness. The most sensitive ones are in the back of the neck and the armpits.

Though you may quickly notice the ones around your head, there are hundreds of these nodes throughout your body, and each of them has a vital role in your immunity. 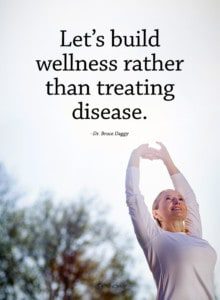 Lymph fluid is vital water that must make its way to the bloodstream. Your lymphatic system will collect any excess of this fluid to put it back where it belongs. The reason why this process is so imperative is that your body has protein and other substances that ooze out of your capillaries, and if it’s not removed, then it can cause inflammation.

When the extra fluid pools in an area, it causes swelling. An example that you can probably relate to is swollen feet or ankles from sitting at a desk all day long. Do you ever experience this common form of edema?

Though the lymph fluid dumps into the bloodstream, it doesn’t use the stream to get where it needs to be in the body. Instead, it depends on the muscles to contract and push it through the proper channels. When you sit in a stagnated position for several hours, the lymph has a hard time getting disbursed.

However, once you get up and move about, your body instantly starts pushing the fluid to the appropriate destination. Thus, you are draining an area and helping the pooling lymph to move on.

Keeping the bodily fluids in balance is a difficult job. Consequently, you can help to boost your lymphatic system when pooling occurs by assisting the drainage process. For instance, if your neck is swollen and the lymph nodes are tender, they can be eased with a gentle massage.

The muscles in the area constrict, but they don’t release. The excessive fluid is trapped in this region because the body’s defense system has indicated a foreign invader. By rubbing this area with a soothing motion, you can promote drainage.

Once the fluid starts moving again, then you will feel some of the swelling release as well as the pain. You can also promote drainage by exercise. As you sit at your desk, your feet begin to collect lymph fluid. When you get up and start moving again, the fluid disburses.

So when you move, it helps give your lymph fluid a push in the right direction. If you’re on a plane or in a car ride for several hours, you should get up or get out of the car and stretch. A simple walk into a gas station can help to prevent swelling. 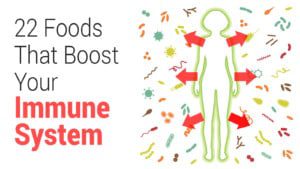 Have you ever seen someone with one leg dramatically more substantial than the other? It’s often caused by a common problem called lymphedema. You will often see this condition in people that are overweight or suffer from morbid obesity, though it can happen for other reasons.

Lymphedema is where the fluid collects in a particular area and becomes trapped. Your skin has three layers. Just as you can get clogged skin cells on the surface, you can also get them under the surface. These dead skin cells can clog your lymphatic system and cause the fluid to be unable to drain.

Though lymphedema is often seen in the legs, it can be seen in the arms too. Though skin cells are a common cause of the breakage, it can also be caused by cancer, medication, injury, or an infection. It can become quite severe and requires prompt medical attention.

When you first notice the pooling of fluid, the skin will be soft and pliable. However, as the liquid continues to collect, the area will become dense and fibrous. You may notice pitting, and the limb will be hard to move as it gains more weight from fluid retention.

The Danger of Lymphoma

Another problem that can occur in the lymphatic system is lymphoma. This system contains the spleen, thymus gland, and bone marrow, as well as your nodes. Since this part of your body is vital for getting rid of impurities, sometimes a malfunction can cause grave danger.

Lymphoma is blood cancer, and it’s divided into two categories, Hodgkin’s or non-Hodgkin’s. Damaged cells begin to mutate and crowd out healthy cells. Since the lymphatic system drains into the bloodstream, it sends cancer throughout the body.

Lymphoma means “water tumor” in Latin, and it was named after Thomas Hodgkin, who discovered this condition in 1832.

Illnesses that Hurt the Lymphatic Structure

Just like any other part of your body, your lymphatic system can feel stress. If this area is feeling angst, you may experience some of the following things:

As you walk through your daily life, you will pick up bacteria from your environment. The bacterium becomes trapped in your body, and the lymph system immediately starts to destroy them.

Unfortunately, sometimes the system does all it can, and it becomes overloaded and doesn’t function as it should. It’s during these times that you will experience symptoms of overload, as listed above.

7 Ways to Boost Your Lymphatic System

It’s easy to see that it’s imperative to keep your lymphatic system operating fully. However, you may not know what you need to do. Properly draining it during times of inflammation is a big help, but there are more things needed. Here are seven things that can help to keep this vital system in top shape.

There are hundreds of diets out there, but have you heard of the anti-inflammatory diet? It’s cutting out foods that put any stress on your system. Rather, you need to eat a diet that is rich in the following:

•Salmon and other Omega-3 foods
•Pumpkin, chia and other varieties of seeds
•Olive, coconut, and other unrefined oils
•Cruciferous vegetables like cauliflower and broccoli
•Add garlic, ginger, and turmeric to your foods
•All leafy green vegetables