From victims of the Syrian conflict to the issue of depression facing her constituents, Jo Cox was a warrior. Mrs. Cox worked on a project to combat loneliness – one of the most significant sources of depression – until her death in June of 2016.

Those who believe in Cox’s message – and there are many – have worked tirelessly to ensure that her death was not in vain.

As it so often happens after a senseless tragedy, people began to pay more attention to the message: Loneliness – and the mental illnesses that it so often produces – is unacceptable; and something that is easily solvable.

A non-profit organization was set up in Mrs. Cox’s name – and immediately garnered support from institutions such as the Red Cross and Alzheimer’s Society. Foundations focusing on the protection of children and care for the elderly also joined the Jo Cox Commission on Loneliness.

New Research on The Hazards of Loneliness

The conclusions reached by various research studies on the effects of loneliness and social isolation are both astounding and deeply troubling.


While the terms loneliness and social isolation are often associated with one another, there are differences between the two that are worth mentioning.

Social isolation is “defined as a lack of contact with other individuals; whereas loneliness is the perception that one is isolated from other people.

In short, a person can be in the presence of others and feel isolated.

According to a survey by the AARP, about 35 percent of U.S. adults older than 45 can be classified as lonely – or about 30 million people. 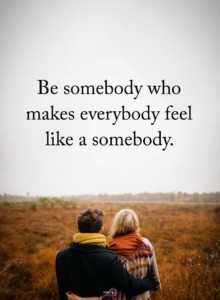 Research shows a direct relationship between loneliness and social isolation and poor health. Per multiple studies, including by the medical school at Harvard University, loneliness increases the risk of Alzheimer’s by as much as eight-fold.

Nancy J. Donovan, the study’s co-author and professor at Harvard Medical School, reported in the Journal of the American Medical Association: Psychiatry, that loneliness carries “an increased risk of depression, heart disease, and stroke.

Here are some other eye-opening findings on the devastating effects of loneliness and social isolation:

From Politics to Prison

While personality has much to do with one’s degree of need for social contact, nearly every authority on the human condition agrees on one thing: the vast majority of humans require some degree of human interaction.

Perhaps no research proves the above point more so than studies regarding solitary confinement – a method of punishment that isolates prisoners in separate cells. Regardless of how one feels about the practice – which is becoming increasingly common for non-violent offenders –studies are clear about the psychological harm that the punishment inflicts. Here’s how Scientific American describes it:

“(Research) has documented several cases of individuals with no prior history of mental illness who nonetheless developed paranoid psychosis requiring medical treatment after prolonged solitary confinement.”

No One Should Be Alone

As of December 2017 there are an estimated 7.6 billion people living on Planet Earth. Since the dawn of humankind, we’ve depended on each other for friendship, love, and support.

Each of us has a part to play in combating loneliness – starting with our children and senior citizens.

Here are some questions we can all ask ourselves:

We leave you with this quote from novelist Herman Melville: “We cannot live only for ourselves. A thousand fibers connect us with our fellow men; among those fibers, as sympathetic threads, our actions run as causes and come back to us as effects.”