It’s not uncommon for people to feel low now and then, or have stretches where they just feel a little blue. But depression – specifically, clinical depression – is about more than just being sad. It’s a condition that over 300 million people experience worldwide.

For many, depression is a condition with no cure, and it’s not something easy to manage. But did you know that what you eat can have an effect on this complex and little-understood disorder?

Intense feelings of sadness, emptiness, hopelessness, worthlessness, and helplessness are all common symptoms of depression. It can affect your entire life no matter how much you try to use positive thinking. It’s not something you can control, and these negative emotions may last days, weeks, months, years, or even simply never really go away.

The DSM-5 describes the conditions required for a depression diagnosis:

In order to be diagnosed with depression, you must experience five or more of these symptoms for a time period of over 2 weeks. Other symptoms of depression include:

Although these are the common symptoms, depression manifests differently in different people. If you think you have depression, speak to a mental health professional immediately.

2.    Does Junk Food Increase The Risk Of Depression?

There have been plenty of links drawn between depression and diet, and science heavily agrees. So does junk food increase the risk of depression? According to an analysis performed over 41 studies on the subject around the world, yes, it does.

The Analysis of Junk Food and Depression

The completed analysis was published in the Molecular Psychiatry journal in September 2018, titled “Healthy dietary indices and risk of depressive outcomes: a systematic review and meta-analysis of observational studies.” It was conducted by researchers hailing from Britain, Australia, and Spain.

The analysis found a general consensus that diets involving inflammatory foods can lead to bodily issues known as systemic inflammation. This comes from high-sugar, high-fat foods, or other kinds of processed meals. They inflame the gut and the rest of the body.

In turn, this inflammation can cause the risk of depression to greatly shoot up. Bad eating habits, alongside other negative habits, can make the chances of developing depression almost worryingly high. As a matter of fact, eating a diet full of junk food is on part with obesity, smoking, and no exercise in terms of the damage it does to your body.

Chronic bodily information throughout the system can eventually lead to pro-inflammatory molecules being brought up into the brain. This can lead to neurotransmitters, which work on regulation of mood and emotion, to become badly affected and even damage.

It is very important to note that in this analysis, junk food and a poor diet is suggested to be a direct, causal link to depression onset. In other words, it is not merely a minor association. This is not a case of “correlation does not equal causation” – this is causation, through-and-through.

Conclusions were reached after a final review of five different studies of a longitudinal variety spreading across America, the UK, Australia, France, and Spain, involving a total of 32,908 adult participants. Findings were clear cut: a bad diet does boost the risk of depression development, even when only involving studies that excluded individuals already diagnosed with depression.

3.    Will Giving Up Junk Food Help Your Depression?

Depression is a result of many different factors, some of which have not yet been fully understood. It would be irresponsible to suggest that cutting junk food out of your diet will “cure” that condition – and there’s no proof for that statement either – but significant evidence suggests it can help alleviate some symptoms.

A research team in Australia was the first to put this to the test. They gathered 56 people diagnosed with depression and performed a randomized control trial – the first of its kind in this field. The study spanned 12 weeks and involved participants being split into two groups. All members of all groups continued their usual therapy sessions and antidepressant consumption throughout the study period.

The first group consisted of 31 people. This first group would go through a variety of nutritional consulting sessions that would aid in changing their diets, moving towards more healthy options.

The second group consisted of 25 people. This second group would go through some social support-type sessions that would help them cope with mental health issues. However, these people did not change their diets, instead keeping to their normal eating habits.

After the 12-week trial period, significantly positive results were reported for those who ate more healthily. Around 32% of the participants in the first group had recorded such low scores on depressive symptoms that they stopped meeting the medical criteria laid out for depression. Meanwhile, this result was only noted in 8% of the second group.

But it wasn’t just this study that found these results. Other research and reviews of all this research has also pointed to similar findings. Essentially, this means that giving up junk food just may help you alleviate some symptoms of your depression if you commit to it long term, especially if you are already attending therapy and/or taking antidepressants or similar medication. It may also reduce your risk of developing depression from the get-go.

Okay, so you know junk food, in general, is bad. But which are the worst offenders, and what makes each one so bad for you? Here’s a list of some of the most unfavorable ones.

Soda spikes your blood sugar and offers zero nutrition in return. The spike of insulin your body experiences from the sugar in soda then leads to a blood glucose crash that causes irritability and mood swings.

How about diet soda, then? It’s sugar-free, right? Yes, but it has caffeine that can lead to anxiety, and its artificial sweeteners contribute just as much to a downward spiral.

Fried foods are cooked in hydrogenated oils, which are packed with bad trans fats. This means saying goodbye to fried calamari, chicken, fries, and mozzarella sticks. Saturated fats are just as bad, too. Both can reduce blood circulation to the brain.

Sure, it seems like it’s all made from tomatoes – a healthy fruit – but there is a shocking four grams of sugar in each tablespoon of the condiment. Lighter sauces make use of artificial sweeteners regardless. Both options are bad for mental health.

Foods with extra sodium or salt can cause damage to your body’s neurological processes, leading to immunity problems, tiredness, brain fog, and even depression. Plus, you might find yourself retaining water and becoming bloated, which can make you feel low.

These seemingly harmless foods are made from highly processed ingredients, and these carbs are immediately made into blood sugar once consumed. You’ll notice bad insulin spikes followed by sugar crashes. Go for wholegrain options instead.

Energy drinks are full of caffeine and can make you feel jittery and nervous. They also contain huge amounts of sugar. Not only does all this result in higher depression risk, but it can also make it harder for you to fall asleep, and lack of sleep can lead to depression.

Alcohol disrupts your natural sleep cycle, messing up the restorative phase of sleep. Even if you sleep for long periods of time, you still won’t feel well-rested after alcohol. This can cause decreased positive thinking and lead to mood disorders.

So, now you know that reducing junk food intake can have highly positive effects on your mental health. But now, what should you eat instead? How can you ensure that you are consuming a nutritionally sufficient, healthy diet?

First, before getting into specific foods, let’s talk about a general overview of what a good everyday diet looks like.

You may have noticed that this food collection seems to mimic the diet found in Mediterranean nations. This is not an accident, as those who live in these countries tend to experience sharper brain function as well as more positive thinking, reduced risk of dementia and Alzheimer’s, and overall better mental health.

Now, let’s get into the specifics of why each type of food is important for good overall health and mental health to boot.

Brightly colored fruits and vegetables contain huge levels of antioxidants. These are responsible for handling free radicals, which age the body and brain significantly.

Omega-3 fatty acids are essentially good fats. Found in oily types of fish as well as certain vegetables, these fats help protect the brain from degenerative disease. They can also increase good happy hormone production and guard against depression. 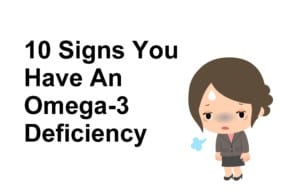 Carbs get a bad rep, but they’re actually solid choices and provide the body and brain with necessary fuel and energy. Complex carbohydrates, found in whole grains, vegetables, and fruit, are your best bet over simple ones, found in sugary foods and drinks.

The complex components slowly release energy, keeping blood glucose stable. Unstable rises and falls of blood glucose can cause the brain to experience highs and lows throughout the day.