Have you ever taken an intelligence test? These exams, often completed with pen and paper, cost a small fortune to take, and take a long time to complete. But what if I told you it may not stay that way for long?

That’s right – recent science has allowed researchers to create a special test that will be easily accessible at no cost, with good results and short completion time. Researchers recently revealed a free intelligence test that only takes 10 minutes!

Plenty of intelligence tests have been created over the years, with a quite a few methods of cognitive testing becoming available for tablet-based takers.

However, nonverbal reasoning and logic abilities through problems of a matrix variety are less commonly adapted to mobile and tablet platforms. Even fewer allow for repetitive tests, and even fewer than that have been validated.

Today, the APM features five sets of thirty-six matrices, a significant increase in test criteria. Instead of multiple choice questions, the APM has tests involving the matching of patterns and does not use any sentences or words.

While the APM has served as an accepted and very widely used intelligence test for many years, especially for students in undergraduate programs, it has some downsides. Primarily, the test does not change or present new questions to repeat takers.

There is, of course, the famed IQ test – but this test isn’t quite in the same frame as the type the APM is used for. It has also been disproven a fair amount of times – something we’ll dive into a little later in this article.

This test only takes 10 minutes to complete and costs nothing to take. Known as the UCMRT, short for the University of California Matrix Reasoning Task, it measures fluid intelligence and tests one’s problem-solving skills. The test can also run on virtually all mobile devices easily.

Additionally, researchers created three different versions of the test that provide the same benefits. This means that someone could take the test a total of three times and have accurate results returned. Individuals could only take previous testing methods one single time.

The UCMRT tests only fluid intelligence. It provides an accurate test that can accurately depict someone’s intellect, reasoning skills, and ability to solve problems. It supposedly separates high performing individuals and predicts proficiency in academics.

So, we know that the UCMRT only measures fluid intelligence. But exactly is that? What other kinds of intelligence exist?

Let’s start by talking about fluid intelligence. This is the intelligence required for an individual to use good problem-solving skills. Someone with high fluid intelligence can think logically and rationally on their feet in new, unfamiliar circumstances using only the information they have available in the moment.

Basically, this means that someone with fluid intelligence can make intelligent decisions without pre-existing knowledge of any kind. They have the ability to assess a new situation quickly, even when unprepared, and choose the best options.

Naturally, no one can completely remove all traces of pre-existing knowledge. As one ages, they will likely also have more knowledge to gather from. However, many consider fluid intelligence a more innate form of smarts than other types of intelligence.

On the other hand, crystallized intelligence stands as the “opposite” of fluid intelligence. It represents someone’s ability to apply learned knowledge to situations for the best possible outcomes. An example of this would include a standardized school test, where students test on what they have learned.

This refers to the ability to use physical skills to use and manipulate objects, often with hand-eye and mind-body coordination. Dancers, craftsmen, athletes, and surgeons need high levels of this intelligence.

This includes the ability to understand and ponder questions about the human condition, experience, and existence. Philosophers often have high levels of existential intelligence.

This intelligence allows people to be good at interacting with other people. Those with these smarts have high levels of empathy, read body language and moods, and have sensitivity toward others. Teachers, actors, and social workers would need this.

This allows individuals to understand and reflect on themselves, their feelings, and their emotions, leading to better future planning. Philosophers would also have high levels of this intelligence, as well as religious and spiritual leaders.

This allows people to understand the complexities of language and its uses. Many individuals have high levels of this, including writers of all kinds, speakers, and even those who excel at word puzzles.

People with this intelligence have a good grasp of math and calculations. They effectively consider different hypotheses and inferences and engage in abstract thought and deductive reasoning. Scientists, detectives, and mathematicians have high levels of this intelligence.

As you may have guessed, this kind of intelligence allows people to understand music. They can create music and have good sense of rhythm, pitch, and tone. Musicians and others in professional music fields likely boast high levels of this intelligence.

This intelligence lets people understand and differentiate living and natural things, from animals and plants to rocks and clouds. Hunters, farmers, botanists, and even chefs may have high levels of this intelligence.

This kind of intelligence allows individuals to think in three-dimensional ways. They may be good at graphics or artistry, or be capable of spatial reasoning and have vivid mental imagery.

A total of 713 participants took part in this study, which simply involved them completing the test. Of these participants, 230 had taken the APM intelligence test as well. The results following this were positive. They showed that the UCMRT’s results for each participant had a strong correlation with a variety of other exams and assessment methods, including:

When compared to the APM, results from the UCMRT proved that the newer, shorter form of testing proved just as accurate as the APM – with plenty of additional positive benefits.

Currently, researchers hope to further diversify the UCMRT so that those of different ages, knowledge levels, and abilities can take it. According to lead team members, the California State University, located in San Bernardino, is working with them to move toward this more diversified form of intelligence testing.

This intelligence test, not done with pen and paper, also allows better insight into an individual’s unique methods and patterns when solving problems. Additionally, it measures reaction time.

For now, only scientists can access this test. If you are a scientist who would like to make use of the test, reach out to the lead researcher at [email protected]

6.    Can it truly reflect intelligence?

There have been many intelligence tests over the years. But can they truly give an accurate value to your intelligence? In short, no, they cannot. However, they may have some merit. 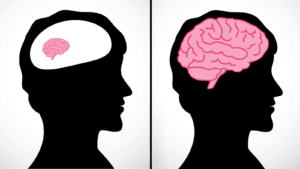 The IQ test, arguably the most famous test of intelligence in the world, measures a mix of crystallized and fluid intelligence. Basically, it calculates the levels of intelligence of someone in a more comprehensive way.

But psychologists have criticized this test for years. Recently, in 2012, a study published in a journal called Neuron found that these tests may have less credibility than we believe. This study involved an impressive 44,600 participants, who all performed a series of difficult tasks – 12 in total.