Did you know that most diseases have one thing in common? You guessed it – inflammation. However, as we’ve said before, inflammation is not inherently bad; it allows the body to heal from wounds and serves to protect us from foreign invaders.

Inflammation only becomes a threat when it’s chronic in nature, and sadly, millions of people worldwide are suffering from long-term inflammation. We don’t have an exact number for you, but if you consider that heart disease, arthritis, diabetes, cancer, and cardiovascular disease all fall under the umbrella term “inflammation,” you can get an idea of just how widespread the problem has become.

We could write a whole book about why chronic inflammation exists today, but for now, we’ll focus simply on the role of food. As most of us know, natural foods – such as fruits, vegetables, meat, nuts, and seeds – provide us with optimal health. However, in our modern society, we have been inundated with unhealthy foods that taste great but make us sick in the long run.

Just like a car needs quality fuel to run, we need quality food to function. With that said, we’ll go over ten foods to avoid if you want to keep yourself free from inflammation.

Here are ten foods that increase risk of inflammation:

Allow us to clarify: sugars from unnatural sources of food. Sugar has been shown to be eight times more addictive than cocaine and has the exact same effect on the brain. Great news for the food industry; bad news for our health. Simply put, sugar without fiber is empty calories. The fiber in whole foods allows us to get full and provides us with nutrients. Sugar in processed foods packs on calories while doing nothing for our overall health. As such, it should be among the top on your personal list of foods to avoid.

Researchers believe that refined carbohydrates – common in our modern diets – promote inflammatory gut bacteria, which can cause all sorts of diseases. Refined carbohydrates have been shown to cause cravings and boost inflammation levels. Instead of white rice, go for sweet potatoes or brown rice, as these foods have many nutrients. What is more, they will leave you feeling full and satisfied for longer. Plus, they promote healthy gut bacteria.

Sure, a glass of wine or two a day probably won’t hurt, but drinking in excess certainly can. Not only does drinking a lot of alcohol lead to liver disease, but it can cause other problems such as diabetes, heart disease, and even cancer. If you want to lower inflammation, it’s vital to keep your alcohol consumption to a minimum.

Like anything else processed, processed meat can cause a lot of health concerns. So far, this one food has been linked to an increased risk of diabetes, colon cancer, heart disease, and stomach cancer. Compounds called advanced glycation end products (AGEs) are formed during the manufacturing process of some meats, which can lead to inflammation in the body.

Most foods do not contain trans fats anymore, after studies came out showing how harmful they are for health. However, trans fats can also be hidden under different names such as “partially hydrogenated” oils. If you see this on any food label, put the item back on the shelf, as trans fats have been linked to inflammation and a greater risk of cancer.

Just like any refined carbs, refined grains do not pave the way to good health. The refinement process removes all the good stuff from the grains, such as bran and germs. What you’re left with is basically empty calories and sugar with no nutrients; avoid white bread, flour, and noodles if you don’t want inflammation. 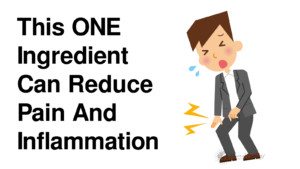 While some people are more sensitive to this additive than others, it doesn’t do any of us any good. MSG has been shown to cause inflammation, heart palpitations, muscle weakness, numbness, increased blood pressures, headaches, and weight gain. While studies about MSG are conflicting, a general rule is to avoid it if you’re sensitive to it or don’t want to consume a large amount of salt.

Those with celiac disease should be concerned about this one, but people who don’t enjoy the sluggish feeling they get after consuming refined carbs might want to take heed, too. Gluten is a protein found in wheat, and some people cannot digest it properly. Those with celiac disease report feeling bloated and having digestive issues after consumption of gluten. Even if you don’t have this disease, you might find yourself wanting to cut down on gluten to improve digestion and decrease the risk of inflammation.

A 2014 study published in Nature found that artificial sweetener consumption in both mice and humans alters gut bacteria and increases the risk of glucose intolerance. When our bodies can’t metabolize glucose properly, it can lead to a greater release of inflammatory cytokines often found in the body after eating refined carbs. Good gut bacteria release anti-inflammatory compounds, but artificial sweeteners inhibit this healthy bacteria.

Oils abundant in omega-6 fatty acids – such as sunflower, corn, and soybean – have been shown to raise inflammation in the body. However, oils rich in omega-3’s – such as olive and coconut – have the exact opposite effect. Choose your oils wisely and you will be making choices that support your health.