For many people who have diabetes, the disease can be challenging to struggle with on a day-to-day basis after diagnosis. Not only are the symptoms and treatment methods a struggle, but it can also be challenging to explain the facts to other people who may not be as informed. There are many misconceptions about diabetes, which can make it difficult to explain and discuss.

I find it challenging when other individuals comment on when I’m eating sugar or question my decisions. Some people mean well but aren’t informed enough to offer guidance.

Here are a few facts about being diabetic and following a diabetic diet that I wish others knew:

When it comes to being diagnosed with diabetes, each person’s situation is different. The treatment that is provided may work temporarily or long-term. In most cases, the treatment needs to change over time as the individual gets older. What worked in your 30s may no longer work in your 50s. Some people can tolerate pasta or sugar in their diet whereas others can only consume it occasionally. A medical professional will create a diabetic diet plan for the patient depending on their case and symptoms.

Many people make the mistake of correlating diabetes with eating too much sugar, which can make it easy to blame the individual for developing the disease. In reality, diabetes isn’t often caused by a poor diet. Although a lack of exercise or a healthy diet can increase the risk of type 2 diabetes, many other factors lead to developing the disease. Genetics, age, and ethnic background are factors that also increase the risk of developing type 1 or type 2 diabetes and can be beyond the individual’s control.

3. Those with Diabetes Don’t Want to be Labeled

It can be easy to label someone as a diabetic and put them into a separate category than the rest of the population, but many individuals don’t want that to become their identity. I’m also a sister, a mother, and a wife, which adds more value and detail to my identity rather than the disease that I’m suffering from each day. It’s important to avoid calling people “diabetics” at all costs and remain sensitive.

4. There are Differences Between Type 1 and Type 2 Diabetes

Type 1 and type 2 diabetes may sound similar, but there are many differences. Those who have type 1 diabetes suffer from an autoimmune disorder that causes the cells in the pancreas that produce insulin to attack themselves. The individual is no longer capable of producing insulin, requiring them to inject it on a consistent basis to remain alive. With type 2 diabetes, insulin isn’t used correctly in the body, but can be managed by following a specific diabetic diet and by taking medication. There’s also latent autoimmune diabetes, which has characteristics of both type 1 and type 2 diabetes.

Many people who have diabetes are used to receiving suggestions from different types of people on methods or remedies that they believe can cure diabetes. Most individuals aren’t aware that there is currently no cure for the disease. Hopefully, there will be a cure in the future after more research is conducted.

6. It Costs a Lot of Money to Have Diabetes

Those who are recently diagnosed with diabetes quickly learn how expensive it can be to manage the disease. Insulin, test strips, glucose monitoring sensors, syringes, and pumps can add up in cost each month for the average person. Many people have to choose between daily necessities and the cost of insulin as they attempt to stay alive. Unfortunately, many pharmaceutical companies profit significantly off those who need the supplies to survive. Following a specific diabetic diet plan can also increase the overall cost by eating cleaner foods.

Although diabetes can be managed with the right diabetic diet and exercise, it’s still a challenge for the average person. It requires a lot of time and energy to manage the disease at times, and any minor mistakes can lead to significant problems that can put the individual’s life at risk. Many people have to manage their blood pressure several times during the day and don’t get a break from keeping a close eye on their health to ensure that they survive.

As someone who suffers from diabetes, it can often be frustrating having someone always question if I’m allowed to eat a brownie or a piece of candy at a party or a gathering. It’s important to understand that taking the necessary amount of insulin can allow the individual to consume sugar in moderation. Those who have diabetes may need to follow a diabetic diet. However, that can include eating sugar from time to time. 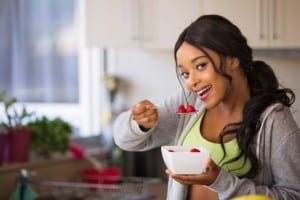 9. Diabetes is Impossible to Control

Although type 1 and type 2 diabetes can be managed, it is still impossible to control even with a diabetic diet and lifestyle changes that are made. There are bound to be bad days even with the right choices made or steps taken.