Your presence is presently requested. A present is not required, so just put that phone down and skedaddle (after reading this highly informative article, of course!).

The gift of face-to-face human interaction is yours by right. Sure, the distance covered thanks to today’s cutting edge technology has diminished greatly, yet paradoxically the same technology has put us further away from those whom we are with in a closer physical proximity. In other words, it brings us closer to Ed and Ted in Peru and Cebu respectively, but we are sailing away from Ned after we decided against his idea of a drink at the local bar. We would rather “like” a picture on Facebook of a dog “driving” a car… in Madagascar!

There was a young man on Facebook,
Who said to Tommy: “I’ll just have a look.”
But Tom was enraged,
While he scrolled down the page,
For more than five hours the young man took.

The Only Thing Someone Who Truly Loves You Wants In Return

You can physically hug a laptop or a Smartphone, just like you can hug a tree or a human being. Try not to laugh! Hugging technology, though, just does not have the same endorphin-releasing benefits as giving someone a hug (or even hugging a tree for that matter). It is also much easier to understand people face-to-face: intonation of words, body language, mood detection, lies. With communication through messengers or phone calls to a lesser extent, things can be misconstrued, which can cause tempers to flare up in an instant. Watch out for autocorrect; romantic relationships have ended just because of a misunderstanding caused by autocorrect. What about sending messages to the wrong people? Apologies galore!

Then there are Emojis, those mostly yellow faces showing happy, sad, angry, excited, and now there are SYMBOLS, HAND GESTURES, and even FLAGS. According to Emojipedia, there are 1,394 normal Emojis, 435 modified Emojis, and 22 Sequences and the most popular in 2015 is the laughing face. Yet these Emojis, ironically enough, can be and have been used by people without emotion attached to them.

In terms of human interactions, face-to-face (and/or body-to-body!) connections are the equivalent of using the elevator and technological ones are the equivalent of taking the stairs. You can start off and connect electronically, but sooner or later, that must be translated into physical presence. Long Distance Relationships (LDRs) are the perfect example. “LDRs are not more prone to break-ups than normal relationships,” states Long Distance Relationship Statistics. With that said, it takes on average 4 1/2 months before a LDR breaks down and 40% of all LDRs end in a break-up, it adds. The end goal of a LDR is to see each other at some point after a generally specified timeframe. This could be anything between once every fortnight and once a year, and sometimes less. 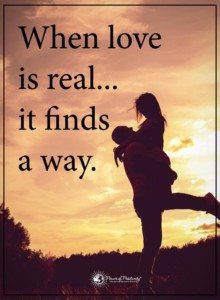 Let’s turn our attention to the tangible – presenting presents or money. To buy a little something is not essential but can help with the “absence makes the heart grow fonder” part of interpersonal relationships. However, gifts can never replace basic emotional and spiritual ties between people. What they can be is supplements to the bond, like taking vitamins in tandem with a healthy diet and lifestyle. Naturally, if there is an exchange of material goods and/or money for time spent or other activities, this would be a business transaction and would be foolish to think differently. For everything else, there’s MasterCard?v

His girlfriend Ann is a peach,
Deep in his pockets he has to reach
In the club without champagne,
It’s called on the account of rain,
For her to stay Rob must beseech.