Making decisions can make you tired. Really. There’s a term for this – it’s called “decision fatigue.” Here’s the definition:

While decision fatigue may sound innocuous, consider some of the people who have to make difficult – and sometimes, split-second, life-and-death – decisions every day. Police officers. Judges. Airline pilots. Emergency workers.

And it’s not just those in certain occupations. Do you drive a car or a motorcycle? If so, count yourself as someone whose decisions can carry serious consequences.

In this article, we’re going to examine decision fatigue, its effects, and five ways that you can make decisions, according to science.

Why making decisions is taxing

By the time your head hits the pillow, you will have made about 35,000 decisions – in just one day. This number equates to about 2,000 decisions for every waking hour. If that number seems high (it does), consider some of the decisions – large and small – that some of us make in the morning alone:

Decision fatigue can result from decisions as small as, “What key do I type next?” to life-altering decisions like, “Should I quit my job?”

You probably noticed as you read some of the questions above that some of these decisions require little to no thought. You may be asking, “Do these really cost me energy?”

While one small decision by itself won’t cost much in terms of energy, the cumulative effect – that is, the sheer number of decisions that you make – will eventually take a toll on your body’s limited energy reserves. Of course, the degree to which each decision subtracts from your “gas tank” is relative. That is, decisions that require serious contemplation use up more energy than others.

The theory surrounding the potentially big impact of seemingly small events is known as the butterfly effect. Edward Lorenz, a meteorologist, mathematician, and pioneer of the chaos theory, introduced the butterfly effect as a vital element of his theory, arguing that “sensitive dependence on initial conditions in which a small change in one state … can result in differences in a later state.”

“Eventually, we hit what’s called decision fatigue: Where our lack of energy and focus leads to making poor decisions. This is a problem.” – Jory Mackay (source)

The science behind decision fatigue is simple: every decision that we make dips into our energy reserves, thereby affecting our concentration, energy levels, focus, and willpower. As a consequence, we don’t think as well and make poorer decisions than we would have if we were operating at full capacity.

And we do make poorer decisions. These poor decisions have very real consequences, both in our lives and those of others. To illustrate this point, consider a 2011 piece published in the New York Times titled “Do You Suffer From Decision Fatigue?”

The Times piece references a study of 1,100 parole board decisions over the course of a year. A parole board is a panel of individuals – in this case, judges of the court – who must decide whether or not to release an inmate from prison following the fulfillment of at least a minimum portion of their sentence. For an inmate with a lengthy prison sentence, a parole board hearing may convene numerous times throughout incarceration.

There was a definite pattern to the judges’ decisions which “… wasn’t related to the men’s ethnic backgrounds, crimes or sentences.” Instead, the time of day seemed to influence whether parole was granted or denied. Of the 1,100 cases, the researchers found that prisoners whose parole hearing was held early in the morning were granted parole 70 percent of the time. For prisoners who appeared late in the day? Ten percent.

A parole hearing is of critical importance – deciding on nothing less than a person’s freedom or lack thereof. This makes the results of the study all the more disturbing – while illustrating the ramifications that decision fatigue can have on human life.

You will notice, as you read through each prescribed method of better decision-making, a fundamental idea that underpins each of the five suggestions: overcoming cognitive bias.

As the concept relates to this article, cognitive bias is basing decision-making on the subjective (feelings, opinions, or tastes) rather than the objective (evidence, data, or facts.) Cognitive biases are automatic responses innate to human behavior – and we are all subject to bias, rather or not we realize the fact.

Let’s discuss 5 science-based ways to make decisions – even the hard ones!

Researchers at Harvard University found that a disproportionate number of work-related projects fail miserably. In a report by the Project Management Institute (PMI), researchers found that companies waste ten cents of every dollar because of poor decision-making during the planning phase of projects.

Applying these concepts to your life, consider how much money (or time, or energy) goes by the wayside due to a lack of simple diligence. One way to overcome this common human trait is to consider the best- and worst-case before executing a plan.

While getting used to this concept may require some time and thought, you’ll find the very real impact of picturing opposing scenarios as if the decision has been made. Imagine you had to decide between one of two homes to purchase. Or one of two jobs to take.

To get you started, here are some ideas:

– Consider the value of each option.

– Imagine that both options failed.

– Think of the opportunity cost for choosing ‘A’ over ‘B.’

A properly-designed pros and cons list can be a real difference maker. You accomplish this by making the list numbers-based – with a twist. Remember: we want to structure the decision-making process in a way that is as objective as possible. As the saying goes, “The numbers don’t lie!”

Here’s how to implement statistics in a pro vs. cons list (important: make sure to follow the steps carefully, one by one):

That is, stop thinking in binary terms. As we know by now, life isn’t always black and white, right or wrong, yes or no, this or that. And this can be a good thing!

There is not really much to this one besides remembering the fact that, while you may only choose one, we can sometimes enjoy both. All that’s needed is a bit of thought and effort.

– Job locations: “While I’m leaning more towards the job in San Jose, I could probably visit San Francisco every other weekend.”

– Buying a home: “The two homes are beautiful. Maybe I could find a third that has some elements of both.”

– Clearing debt within budget: “I could pay off the credit card in six months by adjusting the automatic savings from each paycheck.”

We humans tend to suffer from shortsightedness. Add immediate gratification and fatigue to the mix, and we’ve got a real problem with making decisions.

If we are to build the life we want, it is crucial to focus on the big picture. Whatever way you choose to do this doesn’t matter. Get some poster board and paste everything you want from magazines if that’s your thing.

The point is to keep reminders around that gets you to say, “Oh, this is what I want. Am I living in a way that is conducive to my dreams?”

Furthermore, don’t worry so much about achievement. Is this contradictory to focusing on the big picture? Not at all. The fulfillment of dreams will come about – and come about much easier – when you enjoy the journey that leads to fulfillment.

Bottom line: Just remind yourself of what you want. Take meaningful, joyous action. Enjoy the ride. 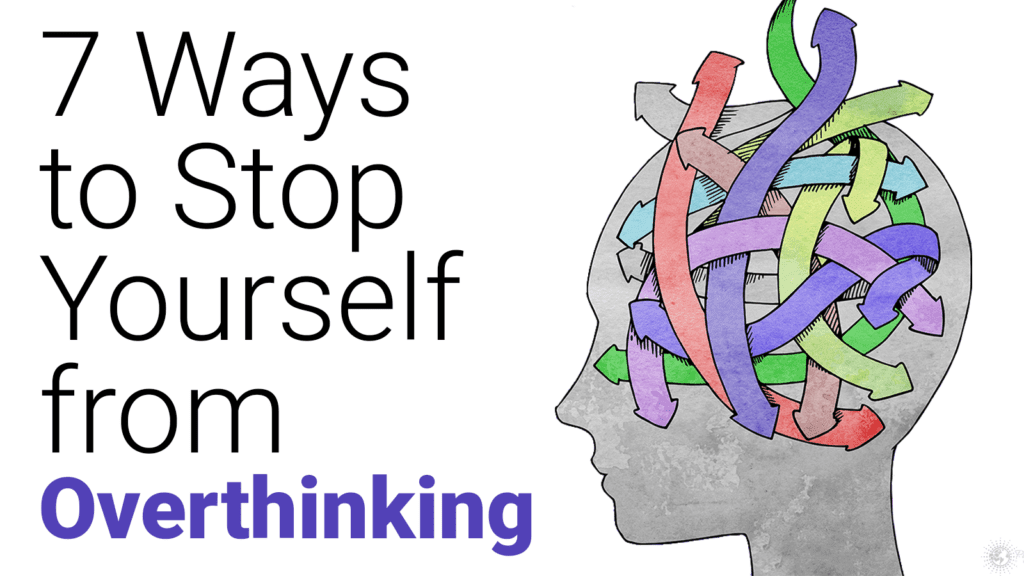 A lack of concentration is a double-edged sword.

First, poor concentration makes it more likely that you will create the circumstances which require you to make hard but unnecessary decisions (not all hard decisions are unnecessary, of course). When we don’t pay attention, things like acting on cognitive bias, impulsive behavior, and poor judgment becomes the norm.

Second, mind-wandering is a source of unhappiness. It is so primarily because humans tend to dwell on the past or future in the midst of a wandering mind. How can one possibly expect to make a smart decision in the throes of such mental activity?

Overcoming mind-wandering entails training your attention. There are many ways to do so, of course. They include meditation, practicing mindfulness, yoga, and cognitive training.