Celery is a food that we all know and love. We use it in a variety of summer salads, as well as in soup recipes, and much more. But did you know that celery carries with it a multitude of health benefits? Tyler Tolman shows us the mind-blowing benefits of this crunchy low-calorie snack!

People with Crohn’s Disease, IBS, and many other digestive issues could benefit greatly from eating celery.

Have you ever noticed that celery looks like our bones? If you cut a whole stalk, it also looks like the insides of a bone. Besides, it is high in natural sodium, which is the catalyst for making bones.

Let’s think about it for a second, you can take coral calcium off the ocean floor and sell it as pills, or you could recognize that the coral got there by the sodium content in the water and sunshine in the first place. 2 major building blocks for your body making calcium.

There is evidence of celery being used as a medicinal plant in ancient Egypt. There’s also evidence that ancient Greek athletes were awarded celery leaves to commemorate their winning.

Fresh celery is an excellent source of vitamin-K. Vitamin-K helps increase bone mass by promoting osteopathic activity in the bones. It also has established role in Alzheimer’s disease patients by limiting neuronal damage in the brain.

Recent research has brought knowledge about celery’s anti-inflammatory health benefits, including its protection against inflammation in the digestive tract itself. This means that people with Crohns Disease, IBS and many other digestive issues could benefit greatly from eating celery.

As far back as ancient Rome, celery was considered an aphrodisiac. Today, scientists know that celery contains androsterone, a pheromone released by mens’ sweat glands that attracts females.

Famed Italian lover Casanova made sure to include lots of celery in his diet to keep up his stamina. (Apparently good for different kinds of bones)

So you can snack on it raw or do what I do and add Almond Butter or mix it in with a Green Smoothie:

For an amazing green smoothie that my wife and baby have every day for breakfast, simply mix these ingredients in a blender: 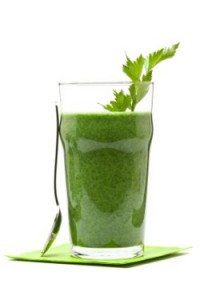 Have you stocked your fridge with this life-giving resource?  Let us know in the conversation below!

23 thoughts on “Nourish the Body: Health Benefits of Celery”

Tyler Tolman is the co-founder of ConsciousLifestyler, a global online community that helps its members improve their health and take control of their lives through completely natural and healthy practices, tools, and values. After a lifetime of research into ancient practices for natural healing, he now dedicates himself to sharing his knowledge with the world, allowing people to rediscover the brilliance of the natural world and its ability to heal and improve lives mentally, emotionally, physically, financially and socially. Through natural products, information, teaching, and facilitating individuals through fasting, he is giving people all over the world the power to see past the lies and to start living a life full of health, happiness, and independence.