Last year, Hawaii became the first state in the U.S. to ban the use of pesticides containing chlorpyrifos. That frequently used chemical may trigger severe developmental issues in children and other health problems.

More than a year earlier, the Trump administration denied a petition to ban the pesticide from commercial use. However, Gov. David Ige (D) signed Senate Bill 3095 into law about a year ago after the state legislature approved it without opposition. Starting on January 1 of this year, the new law prohibits pesticides containing chlorpyrifos. The law grants businesses a three-year extension, however. That time gives them leeway so they can find alternatives to products containing this chemical.

Besides being prohibited commercially, the law mandates that pesticides cannot be sprayed within 100 feet of schools during operating hours. Additionally, people who use pesticides containing chlorpyrifos must report annually to the state Department of Agriculture.

“This was a law that was years in the making. Its time had come.”

~Sen. Russell Ruderman (D-Puna, Ka’u), a sponsor of the bill.

Earlier versions of SB3095 only prohibited the spraying of pesticides at a few public schools. But the final bill enforced no-spray zones at all schools in response to public outcry about the lax approach. The bill is long overdue in Hawaii, where residents have been voicing their opinions about the use of chemicals and pesticides for some time now.

Three of the world’s biggest agrochemical companies, Monsanto, Dow, and Syngenta, grow genetically engineered crops in Hawaii. Most of these crops resist herbicides and pesticides due to engineering. So this means producers spray dangerous chemicals to ensure the crops can survive. These companies have many locations near schools, putting young children and the public in general at risk. Reported pesticide use data shows that these companies spray thousands of gallons of Restricted Use Pesticides (RUPs) in Hawaii annually.

“There is much to celebrate,” said Gary Hooser, president of the public interest group Hawaii Alliance for Progressive Action (HAPA). “This was a compromise in which everyone’s voice was heard, and most importantly, the community’s well-founded fears about their health were addressed. Our families have some much-needed protections against chemicals that we know are harming their health.”

What are short and long-term effects of exposure to this chemical?

Chlorpyrifos is a neurotoxin that’s been linked to severe developmental problems in children and several diseases in adults. According to the National Pesticide Information Center, exposure to small amounts of the chemical can cause nausea, sweating, and dizziness. Prolonged exposure can lead to abdominal cramps, twitching, loss of coordination, and weakness.

Studies have shown a link between prenatal exposure to the chemical and neurodevelopment issues in children, such as attention deficit problems, reduced IQ, and memory issues. A study of 50 farm pesticides revealed that chlorpyrifos was one of two chemicals found to be linked with higher risks of lung cancer among frequent pesticide users. The study also revealed that long-term exposure to the chemical leads to an increase in autoimmune antibodies, which are common in people who have autoimmune disorders. There is a strong link between chlorpyrifos and chronic illness.

Despite these health risks, the United States still uses this chemical widely. CNN reported in 2017 that chlorpyrifos was the most commonly used insecticide in the country.

Users spray the chemical on crops such as corn, apples, strawberries, cauliflower, citrus, and walnuts. Additionally, they use it in public places such as golf courses and in ornamental plants.

The Environmental Protection Agency has been examining the risks of chlorpyrifos for decades. In 2001, the agency banned residential use of the chemical. However, recently, scientists at the EPA have been pushing for it to be made illegal altogether. 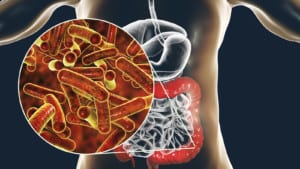 However, despite the EPA’s research showing the damaging effects of exposure to the chemical, it has not banned it in the U.S.