Certain things, such as smoking and drinking, obviously lower intelligence and cognitive abilities. You probably wouldn’t want to take an IQ test after a night out at the bar, for example. However, there are habits many of us partake in that can lower our IQ without us even realizing it.

Of course, many factors determine a person’s IQ. In addition, there are many different types of intelligence. Everyone brings their own set of unique gifts to the world, and IQ isn’t the only determining factor for intelligence. With that said, we want to go over a few habits that have been proven to “dumb people down” and even harm their health.

Here are 5 habits that make you less smart:

Okay, we know pretty much everyone owns a smartphone these days, and these devices definitely have their advantages. However, we can’t list things that can potentially lower your IQ without giving the smartphone a mention. Smartphones have an addictive, mind-numbing quality about them, which can hinder our cognitive abilities.

Researchers believe that having a phone right near you hinders your ability to focus. One reason for this is that we have grown so accustomed to checking our phones constantly. With the phone out of sight, people automatically focus better because they have less distractions. You actually have to exert effort to avoid checking your phone when it’s in your sight, so the saying “out of sight, out of mind” definitely applies here. The energy you have to use to not check your phone can then be diverted to the task at hand.

2. Eating a lot of processed foods.

This point might seem like a no-brainer, but a poor diet starting in childhood can stunt intellectual growth for the duration of one’s life. After examining eating habits and IQ’s of approximately 14,000 young children, researchers discovered that kids who ate mostly processed foods at three years old had lower average IQ scores five years later than kids who had healthy diets.

We all know that the human body and brain need certain vitamins and minerals to grow and function optimally. The brain grows at its fastest rate during the first three years of life, so the kinds of food given to a child during this stage makes a lasting impact on the child’s brain.

Sadly, researchers also found that kids who ate a diet high in processed foods at age three showed little improvement in IQ scores when positive dietary changes were made later in life.

Did you know multitasking doesn’t actually exist? (If not, there’s your little tidbit of new knowledge for the day.) The brain cannot truly focus on more than one thing at a time, which means “multitasking” is, in fact, just switching back and forth between tasks very quickly. Many people think multitasking gets things done faster, but it takes longer than doing one thing at a time. Plus, multitasking isn’t nearly as effective as focusing on and completing one job before moving on to the next.

Not only is multitasking ineffective, but it also lowers the IQ. A study done by the Institute of Psychiatry in London discovered that multitasking resulted in a temporary 10-point drop in IQ. To put that in perspective, smoking marijuana or missing a night’s sleep didn’t cause as large of a decrease as multitasking does.

4. Having a diet high in sugar. 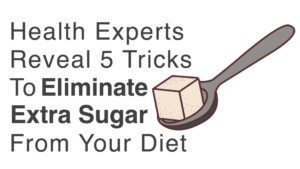 Most of us know sugar isn’t good for us, but it does more than harm our health; it lowers our intelligence, too. Researchers found that a diet high in fructose lowers intelligence after just six weeks.

Researchers from UCLA studied the effect of a high-fructose diet in rats. The rats were taught how to find their way through a maze before being split into two groups. Both groups were given fructose water, but one group was also fed omega-3 fatty acids, which have been shown to promote brain health.

After six weeks, the rats that had been given omega-3’s performed significantly better than the other group. In fact, the rats in the other group could not recall the route they had learned and showed decreased synaptic activity.

We do need sugar to survive, but it’s the type of sugar we ingest that matters. Choosing low-sugar fruits and vegetables instead of highly processed foods is your best bet.

5. Having a long commute to work.

This is probably the most surprising one on the list. Researchers at the University of Leicester found that driving more than two hours each day rapidly lowers IQ. They studied the lifestyles of more than 500,000 people over a five-year period, giving them memory and intelligence tests throughout the study.

Among the participants, 93,000 drove more than two hours each day. In addition to scoring lower at the beginning of the study, they showed a steady cognitive decline throughout the study compared with those who did little to no driving.

Perhaps you have a job that requires a long commute, you can’t simply switch jobs from one day to the next, and this is a concern to you. Well, just because you can’t alter some things about your lifestyle doesn’t mean you can’t change anything. If one of the above points is one that you find it difficult to adjust in your life, focus on the others. What is more, you don’t need to change it all in one shot.