We know more about gut bacteria and gut health than perhaps any other time in history. Research continues to come out, citing the necessity of gut health for our overall health. The gut is so powerful that scientists around the world call it our “second brain.”  Certain foods, such as fast foods, sugar, alcohol, and hydrogenated oils, weaken gut health, whereas whole foods (unsurprisingly) bolster gut bacteria.

We often look to rigorous exercises and fad diets to lose unwanted pounds and inches around our waist, but perhaps we should look instead at the foods we put on our plates. If you look at some of the healthiest cultures around the world, they all have one thing in common: they tend to eat a wide variety of plant-based foods with minimal amounts of meat. In westernized countries, health tends to decline because we eat a lot more processed foods.

However, adopting practices of people living in Costa Rica, Japan, and the Mediterranean would likely produce an epidemic of health in Western nations. Below, we’ll talk about how waist size and gut health interlink. Then, we will discuss what you can do to improve your gut bacteria.

First, here are some ways that gut bacteria influence your health:

Did you know 70% of our immune system is located in our gut? Intestinal bacteria communicate with immune cells, which determines how the body will respond to an infection or virus.

Research shows that our central nervous system and gut health connect closely. Indeed, 90% of our serotonin comes from the gut, and it helps to regulate our emotions. This dynamic could explain the dramatic increase in mental and brain disorders in the last 15 years or so. For instance, people with Alzheimer’s disease often have a less diverse gut microbiome than others without the disease.

An infant study showed that decreased microbial diversity and type one diabetes could be linked. It also discovered that certain pathogenic bacteria increased before the infants were diagnosed. Throughout the population, people’s blood sugar after consuming foods varies widely. This could be explained by differences in gut bacteria.

As we stated above, most neurotransmitters, including serotonin and dopamine, originate in the gut. The gut and brain communicate with one another using the gut-brain axis. Stress and mental illness exacerbate lousy gut bacteria, and poor gut health makes mental health worse. So, the cure lies in correcting a gut bacteria imbalance. 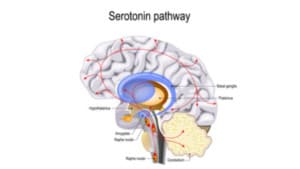 The gut microbiome helps keep HDL cholesterol and triglycerides at healthy levels. Certain types of gut bacteria produce TMAO, a chemical in red meat that can lead to clogged arteries. An excess of TMAO can lead to dangerous outcomes such as heart attack or stroke. However, other types of bacteria, such as Lactobacilli may lower LDL cholesterol.

The gut flora we have impacted our health in a vast number of ways. We all have about 100 billion bacteria residing in our colon, and these tiny organisms influence us more than we know. We inherit most of our bacteria from our parents, while 10% is controlled by diet and things such as environmental toxin exposure.

Our gut bacteria can either promote or hurt our health, depending on what we feed them. Of course, the more you feed the good bacteria, the more you’ll starve the harmful bacteria. This will make it easier to manage weight and fight off illness.

One study demonstrated the connection between obesity and gut bacteria, and researchers wanted to see how much genetics influences gut health.

Feces from 393 pairs of twins were compared to determine the role of genetics in gut health. Fecal matter provides a snapshot of your gut health because it contains bacteria straight from the intestines. Researchers concluded genetics only influenced gut transit by 20%, and environmental influences make up 68% of the change in the bacteria ecosystem.

In addition, researchers found that a diet high in fat correlates with an increased risk of developing obesity. It is not as much about how many calories people eat, but how many get absorbed from the gut. By increasing or decreasing the amounts of foods in one’s diet, weight can be more easily managed. In fact, researchers have found that obesity is a form of malnutrition, meaning that obese people are starved of certain nutrients.

Other studies have shown that people who eat more fiber have a lower weight, which may be linked to their gut bacteria. Another study found that the ratio of two different bacteria in the gut could determine how much weight you lose when eating a high-fiber diet. The two bacteria are called Prevotella, which digests carbs and fiber, and Bacteroidetes, which are found in people who eat more animal protein and fats.

In the study, 62 people ate a high-fiber, whole-grain diet for 26 weeks. Researchers found that the participants with more Prevotella in their intestines lost 5.1 pounds (2.3 kg) more body fat than those with more Bacteroidetes in their gut.

Another study discovered that your gut bacteria could influence how your intestines absorb dietary fats, which may affect how the body stores fat.

How to improve gut bacteria and your health

Probiotics are the actual bacteria, while prebiotics are the nondigestible carbohydrates they feed on. Both of these combine to promote optimal gut health. Fermented vegetables such as sauerkraut and kimchi, kefir, and kombucha are probiotic foods. You can find prebiotics in asparagus, bananas, garlic, and onions.

2 – Minimize your consumption of sugar and artificial sweeteners

Stress affects the body in numerous ways, but did you know it can negatively impact your gut health as well? Mental and environmental stress, lack of sleep, and circadian rhythm imbalances can lead to gut dysbiosis. Try implementing stress management exercises such as meditation, deep breathing, or yoga to get excess stress under control. Regular exercise routines, eating a balanced diet, getting adequate sleep, and managing work stress can also help.

While antibiotics can be lifesaving, many times, they are not necessary. Research shows that antibiotics eliminate good bacteria in the gut, and it takes up to six months for it to repopulate. If you have a severe infection, there might not be another option, but discuss it with your doctor to see about alternatives.

Getting enough quality sleep can improve gut bacteria as well as mental health and mood. An animal study found that poor sleep can have negative consequences for the microbiome. Plus, it increased inflammatory markers, which can cause chronic disease if elevated for long periods. If you have a poor sleep, try to have a regular sleep schedule, and don’t oversleep on the weekends. Aim for seven to eight hours of uninterrupted sleep per night.

Toxic household cleaners can impact the gut microbiota. A study found babies living in homes that utilized e these products at least once per week had higher levels of Lachnospiraceae. This microbe links to higher instances of type 2 diabetes and obesity. When these infants were three years old, they had a higher BMI than children whose homes did not expose them to these household cleaners.

Smoking negatively impacts overall health, including the microbiome. A research review found smoking contributes to more harmful bacteria in the gut. This can increase the risk of developing chronic diseases such as inflammatory bowel disease.

Final thoughts about how gut bacteria link to waist size

As you can see, a healthy gut leads to better overall health and a reduction of risk in developing chronic diseases. We could prevent much of the disease we have today by taking better individual care of our health. Eating a whole-food, plant-based diet, drinking enough water, getting adequate sleep and exercise, as well as keeping stress low, would positively impact our gut health.

Many Western doctors treat disease by only treating symptoms rather than getting to the root of the problem. If you struggle with ailing health, request a gut bacteria test to see where you might be deficient. In addition, taking a high quality probiotic as well as cutting back on sugar, alcohol, processed foods, and other gut disrupters will help you improve your gut health.

Perhaps if the world adopted these better practices to manage gut bacteria and waist size, we would start to see a sweeping epidemic of health!