In recent decades, healthy eating has become an obsession in the United States, mainly due to many overweight and obese people living in the country. One of the most popular healthy eating trends that are going on in the U.S. is the gluten-free diet. This diet helps manage certain diseases. Some people adopt a gluten-free diet for weight loss. The diet has also become popular among celebrities, Olympic athletes, and other prominent figures.

Gluten is a protein naturally found in cereal grains like wheat or barley. It affects the elasticity and chewiness of baked foods. Although gluten itself is considered a protein, it is more like a super-protein because it is made up of other proteins. For example, one of these proteins is gliadin. Gliadin is the protein responsible for making bread rise.

Gluten is bad for people who have certain diseases or conditions. Celiac disease is one of the most prominent anti-gluten conditions that a person can have. The disease affects around ten percent of people worldwide. Celiac disease is when the body treats gluten as a poison. Celiac is an autoimmune disorder, so it will attack and destroy the part of the small intestine that contains gluten. Eating gluten can make a person with a Celiac disease very sick and malnourished.

Some people have gluten intolerance. This isn’t as extreme as Celiac disease, but it can still cause complications in the body. When a person with a gluten intolerance eats gluten, they can get stomach pain, bloating, nausea, diarrhea, confusion, joint pain, etc.

The Gluten free diet plan is where the dieter restricts or completely cuts out gluten from their everyday meals. This doesn’t mean that all carbohydrates are excluded, just those with gluten protein. Restricted foods are triticale, barley, rye, sauces, beer, pasta, wheat, and any other food containing gluten. Wheat can be tricky because it can be called different names.

Different versions of wheat go by other names: durum, einkorn, emmer, Kamut, and spelt. All of these have gluten and should be avoided. Wheat flours also go by different names. They are enriched flour, farina, graham flour, self-rising flour, and semolina. 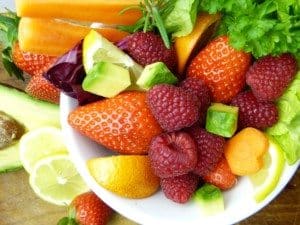 Carbs That Can Be Eaten on a Gluten Free Diet