Getting ghosted is the process of someone breaking up with you in a very disrespectful way–by not answering phone calls or texts at all. Most of the time, there are signs to make you aware of the problem before it takes you by surprise. Here are ten red flags that reveal you’re about to get ghosted by your partner.

10 Signs You’re About to Get Ghosted

When a couple is interested in each other, they will keep in contact. One of the easiest ways to stay in touch these days is via text. You can tell a lot about how someone feels about you based on their texting habits.

Who is the first one to initiate texts? If you are always the one starting conversation, that could be a sign they don’t care to reach out to you.

Do they text in one-word answers? When you ask someone about their day, and they merely respond with “ok” or “fine,” they aren’t trying to engage in a full conversation. They could be busy, but they also just might not want to talk.

How long does it take to get a response? You want and deserve someone who makes you a priority throughout their busy day. You shouldn’t have to wait for days for an answer. Eventually, a couple of days will turn into absolutely no response at all. 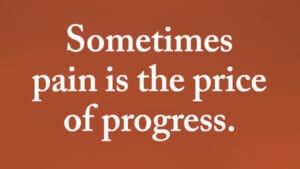 2. Limited or No PDA

Public displays of affection (PDA) are things like holding hands and kissing while out in public. While gratuitous PDA can be inappropriate and somewhat gross, some public displays are adorable. It’s also a way to show everyone else that you are with someone at the moment.

If your partner refuses to partake in any sort of PDA, it’s a sign they aren’t interested. They want to appear single to the rest of the world.

Now, some people just aren’t that into PDA; it makes them uncomfortable. You may even be one of those people yourself. However, when combined with other signs on the list, it could point to someone who will eventually ghost you.

When you make plans with someone, you should follow through with those plans. However, when someone isn’t very interested, they may cancel those plans when something better comes along. If your date canceled plans, it’s a red flag.

Granted, there are some legitimate reasons why you may need to cancel a date. For example, you may feel sick or have a family matter to tend to. When someone has a legitimate excuse, they will make a point to reschedule. He will also show regret. And, he’ll make the cancellation up to you with a special date or surprise later.

Finally, they will let you know as soon as possible instead of leaving you waiting around for them. Be understanding if it happens once, but you should not allow it to become a pattern. One of these days, you will just stop trying to reschedule. 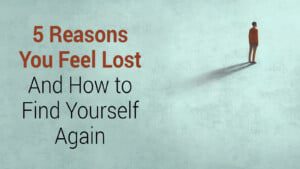 4. Constantly Distracted When Together

You and your date are finally together! Yay! Now, you should pay attention to how attentive they are to you. You don’t want to be out with someone who is barely paying any attention to you. They should not be always on their phone, dazing off into space, or staring at other women the entire night. They should be providing eye contact and engaging in conversation.

According to the National Institutes of Health, attentive mannerisms are a sign of a healthy relationship. Here is what they have to say:

You feel safe talking about how you feel, you listen to each other. You feel valued, and you trust each other. ~NIH

Try asking open-ended questions to get them talking. You can also try telling them they seem distracted, in case they aren’t aware. If they don’t change their behavior to show you the attention you deserve, they may not plan on showing you very much attention in the future, either.

5. Not Introducing You to Friends/Family

When someone pictures you in their life, they will also picture you with the other people in their life. If your date hasn’t introduced you to their friends and family after time, they may not plan on ever making you a real part of their life.

Even worse is when you are out together, and they see friends but fail to introduce you to them. It can feel like they are trying to hide you from people. Some people need time to take the next step and introduce you to friends and family, but it shouldn’t take more than a couple of months.

You may think it’s cute when you get called “babe” or “honey” by your date. It’s a term of endearment, and it can make you feel affection. However, this may not be as cute as you thought it was.

Some people use pet names as a way to disassociate someone. If they use pet names, you are less of a person to them. Plus, they won’t accidentally call you by another person’s name. Instead, you want to have them use your actual name. Excessive pet names are just a sign that you might soon get ghosted.

7. Not Trying to Impress

If you want to impress somebody, you put time and effort into the way you look. You will shower, get your nails done, shave, do your hair, do your makeup, put on makeup, put on perfume, and wear pretty clothes.

Some people may not be as high maintenance as you, but they should put some sort of effort into their appearance when they know they are going to see you. Your partner should care not only about their appearance but also the appearance of their home. They should try to clean up a little bit for you.