The significance of fulvic acid in regards to the quality of life is frequently underestimated because many people are unaware of its impact on the cycle of life. The compound has a direct impact on the health of the body and its uptake of nutrients. Fulvic acid, a compound formed when plants and animals decompose, is a yellow-brown substance that occurs naturally in soil, coal, or water in streams and lakes. The compound typically stimulates the growth of roots in plants. Therefore, plants are able to easily extract water and minerals from the soil.

Further, in traditional times, the primary source of fulvic acid was through natural uptake from soil. In recent times, science has led to the development of food-grade fulvic supplements that people can consume to get the compound. The primary benefits of such supplements are to improve gut health and boost intake of nutrients.

Here are the important things you need to know about fulvic acid benefits.

One of the important fulvic acid benefits lies in its ability to transport energy-rich nutrients. The electrolytes found in fulvic acid enhance the body’s ability to absorb nutrients. Consequently, the digestive system is able to process vitamins, proteins, minerals, and herbs in a more efficient manner.

Additionally, the compound is highly bioavailable and thus gets easily absorbed into the blood. Consequently, nutrients are absorbed along with fulvic acid and into the bloodstream via the digestive system. The compound has a low molecular weight; therefore, it is able to pass through protective membranes with ease carrying along minerals, vitamins, and nutrients in the right quantities. Essentially, the fulvic acid benefits through enhancement of nutrient intake can lead to a healthy body.

Fulvic acid plays a major role in the digestive system aiding it to maintain optimum function. The ample nutrients and elements including electrolytes, probiotics, fatty acids, and prebiotics in the compound can enhance gut health. The elements nourish the gut and improve proliferation of good bacteria thus creating a healthy microbiome environment. Essentially, fulvic acid enables growth of good bacteria because it has nutrients that the bacteria need. An improved microbiome environment improves overall functions of the gut.

Fulvic acid has an incredible ability to reduce the level of toxins in the body. The compound is able to dissolve and remove the toxic elements in the body. Further, it also acts as an antioxidant that dissipates free radicals which are harmful elements known to cause instability in the body. Subsequently, fulvic acid slows down aging and prevents the occurrence of diseases such as cancer. Fulvic acid also activates a variety of enzymes that aid in the breakdown of various foods.

Research studies have shown that fulvic acid helps to metabolize fats. Essentially, it helps the body burn fat. Additionally, fulvic acid enhances the functions of insulin and growth hormone. Such compounds and hormones are important in metabolism. In addition to hormones, enzymes responsible for digestion of fat are also activated, thus enabling the body to break down fat.

Fulvic acid benefits for skin arise from its constituents. One of the components of fulvic acid is silica, an element known to stimulate the synthesis of collagen. Collagen is an important compound because it is the primary protein that forms connective tissue and forms a major part of the skin, hair, as well as nails. Moreover, due to its enhanced ability to aid in nutrient absorption, fulvic acid promotes the growth of healthy and strong hair and nails. Therefore, the fulvic acid benefits for hair arise from its ability to stimulate the formation of hair. 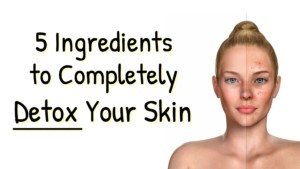