Your kidneys are powerhouses that filter waste out of your body. Without them, your blood would become overloaded with toxins. Luckily, they’re hardy organs and very efficient, so much so that people can live with only one working kidney. If they’re always in a weakened state, however, you can become at risk for conditions like kidney stones and even kidney failure.

The food you eat indirectly affects your kidneys because their job is to filter out leftover waste and toxins once your liver metabolizes the nutrients.

Maintaining a healthy, kidney-safe diet is crucial to keeping them healthy and functional. If you eat too many of these potentially damaging foods, consider a diet change for long-term health.

Here Are 5 Foods That Can Be Toxic for Your Kidneys

1. Red Meats and Other High-Protein Foods

Protein is an important power source for your body, but too much can be damaging. There is nowhere for your body to store excess protein, so it has to be filtered out through your kidneys. In small amounts, protein is more easily processed; in large amounts, however, protein can increase the load on your kidneys.

This can eventually cause the organs to start breaking down.

Additionally, red meats have been linked to an increased risk of disease and failure. The amount of uric acid they produce in the body can cause kidney stones and inhibit function.

Substituting some red meat for white meat  – such as swapping pork out for poultry in dishes – can decrease the load on your kidneys. 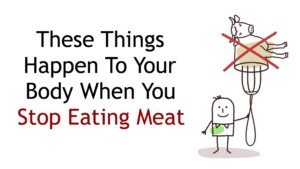 “When we consume vastly more protein than we need, our kidneys struggle to process it, resulting in protein in the urine. Too much protein from meat may also contribute to kidney stones.” – Bee Wilson

Everyone needs salt in their diet to keep their body functioning, but too much salt is damaging in many ways.

Excessive salt in the blood causes the kidneys to store up more fluid so that it can dilute blood as it passes through the organs. This can also alter the sodium-potassium balance in the kidneys and reduce function overall.

Sodium also increases urinary calcium, which can cause kidney stones – especially in people with already high blood pressure. This is common in those who maintain high-salt diets. Most of your salt intake comes from sodium that is already in the food you’re cooking. Avoid adding extra salt to your dishes whenever possible.

Many people are guilty of dependency on coffee. You likely know that coffee in moderation can have some health benefits, but excess caffeine in coffee and other caffeinated drinks could cause damage. Caffeine is a stimulant and increases blood flow and blood pressure, which puts a strain on your kidneys. A study has also shown that it increases calcium output in the urine, which can cause kidney stones even in people who aren’t prone to having them. If you drink more than one cup of coffee a day, consider lowering your caffeine intake. You might try switching to other stimulants, such as ginseng and vitamin C supplements.

Though there are no studies done with humans, a study done with mice showed that shellfish causes damage by way of domoic acid. Domoic acid is also known to cause brain damage at high levels. Contaminated shellfish eaten in large amounts is dangerous. Seafood typically only contain domoic acid in safe levels for the brain, but eating too much shellfish could be putting your kidneys at risk.

If you only eat shellfish on occasion, you shouldn’t worry too much. But people who eat seafood on a daily basis – such as those in Southeast Asian communities – could be at risk. Be sure that the shellfish you purchase is sourced and cleaned safely.

One study showed that those who consumed artificially-sweetened diet sodas experienced decreased kidney function. The challenge is, it’s hard to say if it was specifically due to the sweeteners or the other ingredients in the soda. Either way, the safest thing for people looking for alternative sweeteners is to take a natural route. Sweeteners like agave, stevia, and maple syrup are popular choices for anyone looking to leave cane sugar behind.