Feeling trapped isn’t as uncommon as we like to believe. Some people feel trapped in a life that they didn’t want, and don’t know how they got to where they are. This could be someone who is feeling depressed, or someone who was pressured by a controlling family to conform in certain ways. However, there are some key behaviors that reveal that someone is trapped in a life they didn’t want.

Here Are 10 Behaviors That Reveal Someone Feels Trapped in Life

Everyone has worked a job they didn’t particularly enjoy. Usually, this phase of our life happens when we’re still in a transitionary period, between working a job and starting a career. However, one of the biggest signs that someone feels trapped is that they’re miserable in their career – even if it’s one they worked hard for to get a degree to enter into that career. It’s a sign that they’re living a life they didn’t want to live. 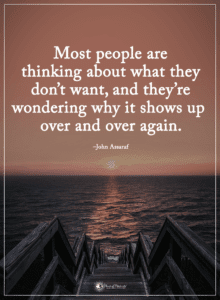 3. They don’t have a support system

People who feel trapped in their life tend to withdraw even from the people that can make their life a little more bearable. Someone who feels trapped won’t have a good connection with their friends or their family members. They tend to be alienated from all of the people that could offer them support.

Emotional restlessness tends to manifest itself in a physical form. Someone who can’t ever sit still, who constantly needs to be doing something new and exciting may be trying to forget that they’re feeling trapped. These people tend to never slow down, and always seem to have some kind of plan to keep them emotionally occupied.

5. They lie about their life

Depression is common among people who feel trapped. They may be very good at hiding it, but knowing the signs of chronic depression will reveal it. Most people who are living a life they never saw for themselves experience some kind of depression. It may be mild, or it may be incredibly severe.

7. They have a substance abuse problem

Escapism is something that many people indulge in when they feel trapped in a life they don’t want. One of the most common forms of escapism is substance abuse. They will either have a drinking problem or abuse prescription or illegal drugs. Being high or drunk allows them to escape from the life they’re leading, even for a little while.

People who feel trapped often showcase the inability to say “no”. Sometimes, it’s this inability that leads them to the life that they’re living now. They won’t be able to say no to their family, to their partner, to their friends, to their boss or to their coworkers. They tend to run themselves ragged trying to appease everyone who has ever asked them to do something.

9. They have low self-esteem

Feeling trapped in a life you didn’t want doesn’t bode well for your self-esteem. This is why people who feel trapped often exhibit low self-image. They don’t think highly of themselves. They also don’t believe that they “deserve” the kind of life that they want to life, which leaves them trapped in one they don’t.

10. They have commitment issues

Feeling trapped in a life you don’t want happens to people every day. Fortunately, it isn’t something that anyone has to deal with. Taking charge of life starts with deciding that something has to change. Once that decision is made, anyone who feels trapped can start turning their life around. Anyone who feels trapped in life can reach out to a therapist or life coach who can help them start to change things and make their life what they want to live. Taking charge is only steps away for anyone.