Here Are 9 Behaviors Of Someone Whose Parents Were Emotionally Unavailable

Adults who were raised by emotionally unavailable parents may find that they have difficulty with commitment and attachments in their lives. “Unstable people first have to get themselves stable before they can truly commit to a relationship—and that could take a long time,” says licensed marriage and family therapist, Neil Rosenthal.

Adults raised by emotionally unavailable parents are unstable and hence struggle with relationships. They tend to have a fear of both attachment and love. Adults with attachment issues may not even notice that they sabotage their own relationships or become distant when attachment seems probable.

Children learn a lot of their identity through their parents. Parents who are emotionally unavailable tend to have less of an impact on their child, which means that the children don’t have as good of a grasp on their identities. When growing into adulthood, these people tend to have identity issues, and tend to have a loss of direction in life. They don’t know where to go, or what to do in life. 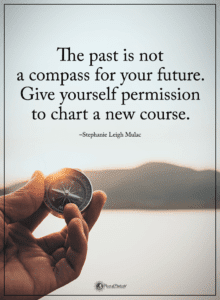 Adults who were raised by emotionally distant parents tend to have issues with change. They’re not very adaptable, and often prefer for things to stay the same. This is because they were never taught to handle their emotions appropriately by their parents. Change can be difficult for children. When they don’t have a good guidance on how to deal with it, these children tend to grow up into adults who still can’t handle change.

“Often the roots of low self- esteem lie deep in a wounded child within us who feels “not good enough.” As children we feel accepted only to the extent we feel unconditionally loved and supported by our parents,” says Dr. Sonera Jhaveri.

Thus, adults with emotionally absent parents often think poorly of themselves and characterize themselves as “not good enough”.

When children are raised with emotionally unavailable parents, they never learn how to communicate their emotions. This leads to children carrying this misunderstanding of emotions into adulthood. One of the most common behaviors of an adult with emotionally unavailable parents is a lack of understanding about their own emotions. They may not be able to identify their feelings, even if you asked.

Adults who had emotionally unavailable parents may find that they are extremely sensitive to rejection, or even just perceived rejection. For example, an adult with emotionally unavailable parents may become distressed at the idea that someone at their workplace that they admire didn’t like their presentation. This is commonly known as “rejection sensitive dysphoria” and can cause extreme distress at even the perception of rejection, such as a neutral response over an enthusiastic one.

For those carrying the weight of an emotionally unavailable parent into adulthood, perfectionism is extremely likely. Due to the sensitivity of rejection, and the deep-seated drive for acceptance and affirmation, adults whose parents were emotionally unavailable find themselves needing everything they do to be perfect. This can carry over into their workplace, their relationships, and their own personal hobbies.

Adults who had emotionally unavailable parents were never taught how to set healthy boundaries. This results in these adults now trying to replicate a parental relationship with other people in their lives. This often involves men or women seeking out romantic partners who can fill the role of a parental figure – which inevitably causes upset in the relationship.