Do you find yourself surrounded by people who are not emotionally mature?

Emotional maturity isn’t quite the same thing as standard maturity. Instead, it specifically refers to one’s ability to manage negative or stressful situations without causing unnecessary escalation.

It sounds simple. But if you’ve ever been in a tense environment with multiple less-than-happy people, then you know that it’s much more challenging to diffuse a bad situation than it is to wind up saying the wrong thing or letting your feelings get the better of you.

1 – They Are Aware Of Their Needs And Emotions

It’s easy to close yourself off when you feel negative emotions. But it’s essential to be aware of them in the first place. Denying emotions will only cause internalized issues, or will explode later.

Emotionally mature people know how good they have it, and they regularly check themselves and shift their perspectives to realize they’re lucky compared to everyone else. Of course, suffering and sadness are not competitions, and no matter how “good” your situation, you are allowed to be upset when things go wrong. But it can also help to remember all the good things in one’s life when dealing with strong feelings.

Emotionally mature people never fall into the habit of thinking that the world is out to get them. Their egos aren’t so vast as to believe the world revolves around them!

When an emotionally mature person runs into conflict, they don’t jump into a defensive mode where they take everything as a personal attack. They put aside their pride (within reason, of course) and communicate with honesty and empathy, to solve the problem well.

When someone is aware of how they feel, they can keep those emotions from running the show. Bottling emotions up instead can cause them to subconsciously influence you, which is something that doesn’t happen to the emotionally mature. 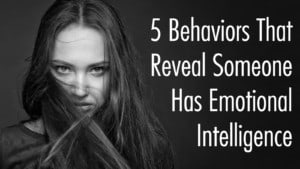 2 – They Are Positive But Realistic

Optimism is beneficial in everyday life, and emotionally mature people tend to favor positive thinking over a doom-and-gloom mentality. They’re bright and happy lots of the time, which makes them enjoyable to be around, and they don’t let anything get them down for very long.

But this doesn’t mean that these individuals are hopeless idealists with their heads in the clouds. It’s quite to the contrary! They’re realistic about the situations that they’re in and see them accurately. Still, they use positive thinking to focus on the right sides, or on how to work towards solving problems and improving situations. They don’t get stuck wallowing in their sadness! Instead, emotionally mature people:

3 – They Are Flexible and Open-Minded

An emotionally mature person knows that their views are not the be-all and end-all of truth. They stay flexible and are always open to hearing new ideas and opinions, even those that clash with their thoughts.

Research has shown that open-minded individuals are often happier overall, with better positive thinking as well as improved conflict management skills. If that sounds like something you’d like to be a part of your life, then emotional maturity is the solution.

Of course, there’s a limit to open-mindedness. We’re not saying that emotionally mature people tolerate those who are intolerant, for example. But even in those situations, they maintain a degree of curiosity. They aim to understand the causes behind these points of view so that they can better speak for or against them. 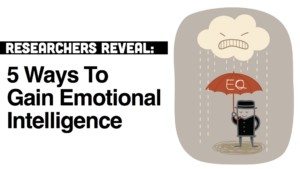 4 – They Ask Before They Speak

You may know people in your life who talk and talk and talk, but always seem to fail to listen accurately. These people are not emotionally mature, as they are more interested in themselves than in other people, putting themselves above others.

On the other hand, an emotionally mature person listens and observes before reacting. They always think before speaking or acting, gathering context clues and facts from people’s speech and the environment before making a carefully considered move. They control their impulses, which prevents any emotional outbursts.

On top of that, emotionally mature people don’t listen to add their points in – they try to understand and to relate. The fact that listening is twice as complicated as the act of speaking is one of the reasons why many individuals don’t successfully perform this positive trait.

When someone is emotionally mature, they are also emotionally honest. Because they’re so in tune with themselves, they have no trouble being in touch with their feelings, and they are therefore able to understand themselves and be honest about their sincere thoughts. They also see that others appreciate honesty from them and that honesty is crucial for effective, positive communication. Here are some ways emotionally mature people are honest:

An emotionally mature person is committed to a life of integrity. They want to work with the truth, and nothing but the truth, even if that truth hurts. As such, they are honest with others and themselves, working with facts. They also expect honesty from others, so they have an open mind to listen to all sorts of feedback and information.

An emotionally mature person is sincere. They do not feel the need to pretend to be someone they are not. They don’t wear masks. Indeed, they show their true selves and are proud of their own identities.

For many people, being honest about needing help can be difficult. But admitting that this help is necessary is part of living honestly, and emotionally mature people don’t let their pride stop them from seeking help. Don’t be afraid to reach out for assistance, whether of a physical or emotional kind. People will appreciate that you’re open to them!

Emotionally mature individuals tell it like they see it and don’t try to preserve the feelings of others by lying. However, this doesn’t mean an emotionally mature person is tactless. They can be kind and let someone know the truth gently, but they see no benefit in white lies.

Being vulnerable is scary, but an emotionally mature person has learned to overcome that fear. They are comfortable with their good sides, bad sides, and flaws, and they aren’t afraid of being open about their lives and who they are. They can be real with you and build trust with those around them by opening up. The vulnerability can also help positive thinking, allowing for better mental health. 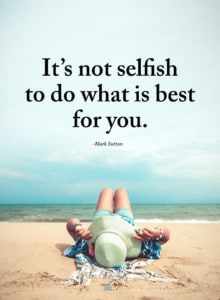 6 – They Take Responsibility When They Are Wrong

When someone lacks emotional maturity, they may be unable to accept when they are wrong and take responsibility for whatever they caused or whatever has happened. Someone who lacks that maturity may: