People require conversation in every form of relationships including friendship, romance and professional among others. However, meeting new people can be awkward. What do you talk about when you don’t know anything about the other person? In fact, most people cannot define what makes them socially awkward. If you have experienced social awkwardness before, you may wonder if it will go away on its own.

Signs to know if you are socially awkward

1. If you find people moving away from you in a social situation, there are high chances you are socially awkward. Most people tend to avoid people with poor social skills because it is difficult to hold a conversation with them.

2. If you feel nervous or uncomfortable around other people or you avoid having conversations with other people, you might be socially out of place. You avoid people because you dread any form of engagement.

3. When it is hard to find friends. If you are socially embarrassed, it is difficult for you to make friends and when you do they don’t last long. You prefer to spend your time at home alone rather than going out with friends.

On the positive note, you can correct the feeling of discomfort whenever you are in a social situation. Below are some tips that you can use to avoid awkward silences. You can use these tips whenever you are poised for a new conversation with a stranger or a friend you have not met for a long time.

Here are tips to help you eliminate awkwardness when talking to people:

1. Know how to hold a conversation

The first step of dealing with this social setback is by knowing what to say in a way that will not seem weird or awkward. If you totally don’t know what to say, a technique known as conversation threading will help you know what to always say next to eliminate the awkward silence. When you thoroughly practice this technique, your ability to hold conversations will significantly improve.

When you are in a social setting, avoid those long gaps between conversations. In fact, research has shown that it only takes only a few seconds before an awkward silence develops. In addition, the silence is likely to increase your anxiety which will make the situation even worse. To avoid such scenarios, be prepared on what to say in advance. This will help you hold the conversation in a way that will eliminate the silence gaps.

Sometimes the awkward silence develops because of lack of attention. There is nothing you can if your partner is not listening or attentive. However, try as much as you can to be attentive and listen actively to what they are saying. This will help know what to say when you are required to speak. In addition, maintain an eye contact and show concern like nodding. Whenever a gap develops between conversations, pick up on what your conversation partner was speaking about. 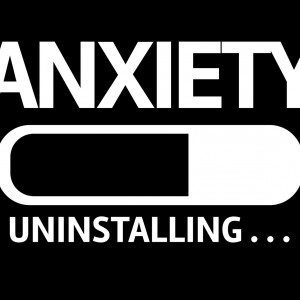 You have to adjust your mindset that not everyone is socially smooth. Social awkwardness in most people is due to anxiety, fear, insecurity and low self-esteem. These sources of awkwardness can be handled when you know how to build your confidence. Identifying the root cause of the awkwardness will help hold and maintain conversations even with strangers.

Have you ever told a joke in a group and nobody found it funny? Do people ignore your comments because they seem out of the conversation? Then, you need to work on your social skills. The best way to do this is to try and hold conversations more often. People who are least awkward spend most of their time speaking to other people.

A good way to improve your social skills is to surround yourself with people that are more outgoing. For instance, you can accompany them to social events where they may introduce you to new people. This will help you to eliminate the fear of start conversations with strangers. In addition, a friend who is more social will fill the gaps between conversations and eliminate the awkwardness.