Eggs are one of nature’s most perfect foods. Each egg provides all of the essential amino acids in the correct ratio. Plus, dietitians now consider eggs to be the “gold standard” when it comes to digestible, bioavailable protein. That’s because they are 100% digestible and bioavailable. And, the food science industry uses them as the reference against which they judge all other protein sources.

Eggs, however, got a bad rap a few decades ago. That stemmed not from their excellent protein profile but because of their cholesterol content. Doctors and scientists studying heart diseases about fifty years ago noticed that elevated levels of cholesterol in the blood linked to heart attacks and strokes. Ergo, their first erroneous conclusion was that people should avoid eating cholesterol.

Cholesterol is a waxy, fatty substance that is vital to the inner workings of your body. It is the primary component of every single cell membrane. It creates hormones and vitamin D. Plus. It offers a number of other important roles. Your body requires this substance.

Dietitians don’t consider cholesterol to be a necessary nutrient. That’s because your body is capable of making all of the cholesterol that you need. The liver and intestines produce it from other nutrients that you consume. And,  every single cell in your body produces it in lesser amounts.

Cholesterol doesn’t just float around in your blood. It is carried around the body inside special proteins called lipoproteins that are synthesized primarily by the liver. There are many different kinds of lipoproteins. But when it comes to heart disease and cholesterol, LDL and HDL are the lipoproteins in question.

HDL collects excess cholesterol from your body and takes it to the liver to be broken down, recycled into other substances, or excreted in the bile. Having a high HDL level is considered to be protective against heart disease.

LDL makes up around 70% of your blood lipoproteins and is responsible for transporting cholesterol from the liver to the rest of the body. Having an abnormally high level of LDL is considered to be a risk factor for heart disease.

Some people have genetic conditions that alter their response to dietary cholesterol. In around 60% of the population, eating large amounts of cholesterol has zero impact on their blood cholesterol levels.

Another subgroup of the population has an inherited condition called hypercholesterolemia. It affects one out of 500 people. In these people, the body doesn’t tightly control cholesterol levels the way it normally does, and instead, it just cranks it out at high levels. People who inherit hypercholesterolemia are at a very high risk of heart attacks and strokes, often suffering from these conditions at quite a young age. They usually need to be placed on statins starting in their 20s.

So what causes high LDL levels?

Doctors aren’t quite sure what triggers LDL levels to rise, but the inflammation hypothesis of heart disease is attracting a lot of attention these days. In a very oversimplified summary of this process, various environmental factors trigger chronic inflammatory processes to occur inside the body, and this triggers all sorts of metabolic malfunctions, including the liver producing too much cholesterol and LDL and not enough HDL. The inflammation also causes damage to the linings of the blood vessels, which is the ultimate cause of heart disease.

In the inflammatory body state, the reduced levels of HDL and increased production of cholesterol causes free cholesterol to stick to the damaged blood vessel linings. In turn, this forms plaques that clog up the blood vessels.

Although statins were originally invented back when people thought dietary cholesterol was the cause of heart disease, and they are intended to reduce blood cholesterol levels, many researchers are beginning to suspect that their powerful anti-inflammatory function is the primary reason why they reduce the risk of heart disease.

A number of high-quality studies have been conducted over the years showing that for the vast majority of the human population, dietary cholesterol has no impact on their risk of heart disease, even among the hyper responders discussed above.

Eggs have been studied specifically on their own, and eating up to three chicken eggs per day actually reduces the average individual’s risk of heart disease. Not among men with diabetes, though; they should probably consume a lot of fish instead as their primary source of dietary protein.

Back to those delicious poultry products

Products from birds that are allowed to roam free and eat fresh vegetation and insects are dramatically more nutritious than products from birds that are kept confined and fed nothing but grain. The eggs from free-range chickens contain more vitamins and minerals, and also more omega-3 fatty acids and other healthy micronutrients. They also have a yolk that tends to be bright orange, and most people say they taste better.

However, even though a carton in the grocery store indicates the eggs come from cage-free birds, that doesn’t mean they are free-range birds. Free-range animals run around freely and eat insects and fresh vegetation. Additionally, you’ll notice many of those same cartons say the birds ate a “vegetarian diet.”  In the industry, that’s code for “totally grain-fed.”

In addition to chickens, you can consider other egg sources, such as duck and quail. Thus, you don’t have just need to rely solely on chicken eggs. 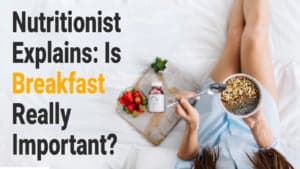 Final thoughts on adding eggs back into your diet

So, it turns out that eggs did, indeed, get a bum rap. Dietary cholesterol from any source does not increase your risk of heart attacks and strokes. The key takeaways from the recent scientific evidence is that: