No, it is not merely your imagination. It is much more difficult to lose belly fat compared to other areas of the body. Just in case you were wondering why this is the case, here’s why:

Besides being frustrating to shed, belly fat is also very unhealthy. Belly fat is made up of what is called visceral fat, an abdominal fat also stored in a number of vital organs, including the liver, pancreas, and intestines. High amounts of visceral fat are linked to higher risk of diabetes, cardiovascular disease, high blood pressure (hypertension), and certain types of cancer.

A study published in the journal Obesity shows a relationship between visceral fat and the development of metabolic syndrome. Metabolic syndrome encompasses a variety of conditions – including high blood pressure, high cholesterol, elevated blood sugar levels, and, you probably guessed it: body fat around the waist. These joint symptoms can increase the risk of heart disease, diabetes, and stroke.

The good news is that burning belly fat becomes much simpler if you know the fundamentals of weight loss. Particularly, the fundamentals behind burning abdominal fat. But we’re going to make it easier than that.

1. Load up on soluble fiber

Soluble fiber works by absorbing water and converting the food that you eat into a substance that slows digestion. When digestion is slow, you feel fuller for longer lengths of time.

In one widely-read study of over 1,000 people, researchers found that – for every 10 grams of soluble fiber consumed – belly fat was reduced by 4 percent or more. You will also decrease the number of calories absorbed from the foods that you eat. Win-win!

Trans fats are linked to a myriad of dangerous health conditions, including heart disease, insulin resistance, inflammation, and excess abdominal fat. Trans fats are often found in butter and margarine products, though it is also included in some processed and packaged foods.

In one study, scientists discovered that subjects who ate a diet high in trans-fat gained an average of one-third more belly fat than other subjects. Make certain to read labels carefully, as trans fats often appear as “partially hydrogenated” ingredients on food labels.

3. Lay off the booze

Alcohol has known health benefits in smaller amounts, including for the heart. But there is no denying that imbibing too much is both personally dangerous and hazardous to health.

Numerous studies have linked excessive alcohol consumption with an increase in belly fat. Oh, and the term “beer belly” is not deceptive in the least. Drinking too much can certainly form a (visceral fat) beer gut!

Protein is an essential nutrient for weight control. Part of the reason for this is the hormone “PYY,” which acts on your body’s  “hunger receptors,” suppressing appetite and promoting feelings of fullness (satiety).

Various studies show that people who eat more protein have less abdominal fat than those with a lower-protein diet. Consumption of protein is also tied directly to one’s rate of weight loss.

Besides boosting muscle mass, resistance training is also beneficial for fat loss, including belly fat. Abdominal exercises may speed up fat loss around the belly area.

One study showed found that combining strength training with aerobic exercise – another item on this list – is possibly the best workout strategy for burning belly fat.

6. Mix in some HIIT (or another cardio)

Cardiovascular (cardio) exercise may just be not only the healthiest form of exercise, but also that which burns the most belly fat in the least amount of time.

While studies may be a bit mixed on what form of aerobic exercise works best, it is clear that high-intensity interval training (HIIT) is a winner. HIIT involves short bursts of intense exercise followed by a short rest period.

Both the health and time-saving benefits have led to a proliferation in the number of HIIT programs available. So do a bit of research to find which one works best for you. 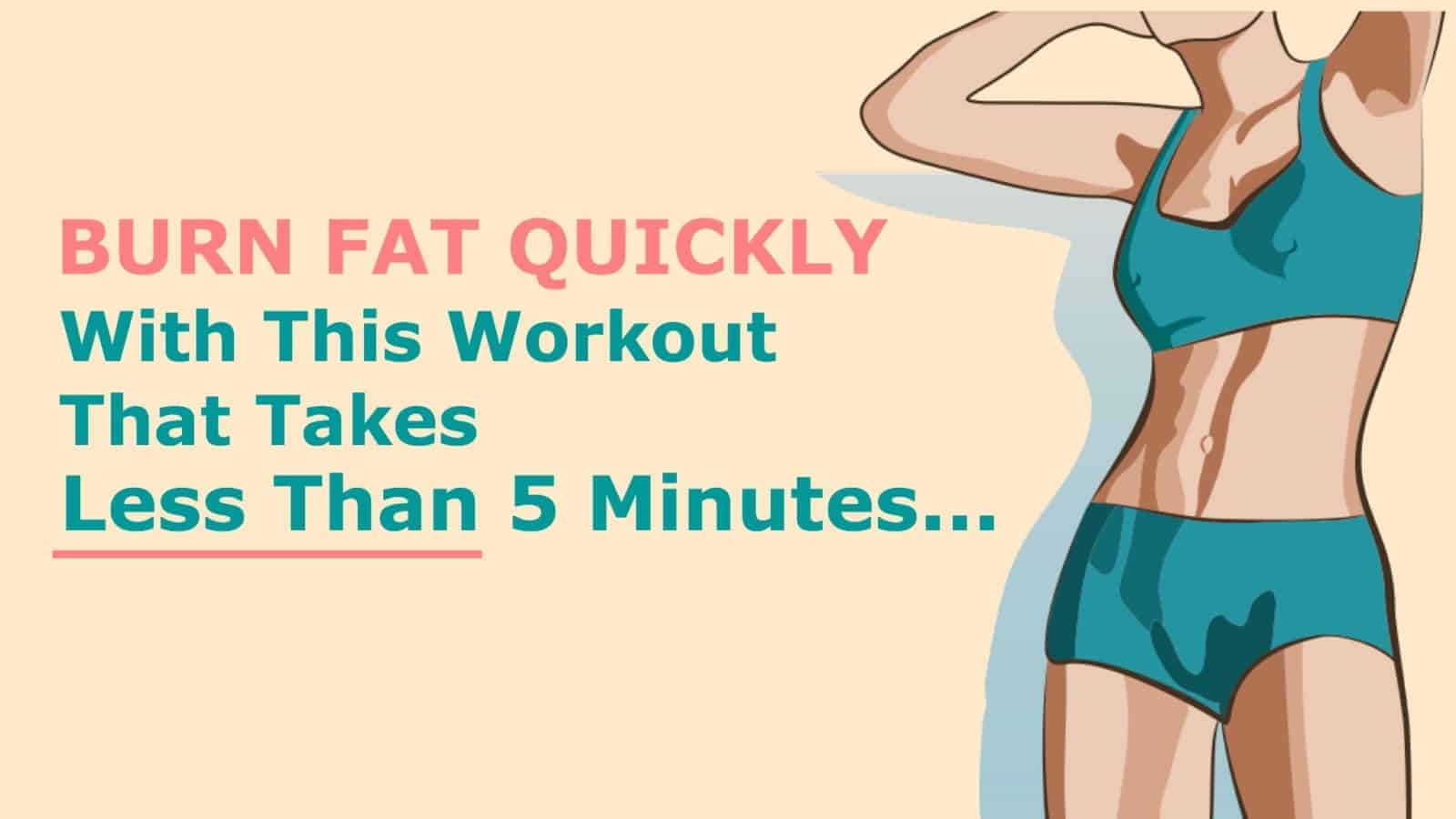 7. Keep your stress levels at bay

Stress is a fact of life … blah, blah, blah. Yes, it is, but stress should not be a near-constant companion – and anyone who says otherwise is being foolish.

Continuous stress leads to an impaired stress response. This messes with the body’s natural “fight-or-flight” mechanism, triggering the release of the stress hormone, cortisol. Studies have linked the exposure of stress and the buildup of cortisol to the accumulation of belly fat.

Do something to keep your stress levels in check. Anything, really. (Exercise and meditation are two excellent ideas!)

Manufactured sugar is, quite possibly, the single worst thing to happen in the history of human health. And, predictably, Americans consume way too much of it. Per the National Cancer Institute (NIH), male adults consume an average of 24 teaspoons of sugar per day! (The American Heart Association recommends that men consume no more than 9 teaspoons.)