Early menopause is often misunderstood; a myriad of information sources portray a grim picture regarding the condition. Consequently, many menopausal women find that the odds of living a high-quality life seem insurmountable. However, with the right information, menopausal women can live a high-quality life, after understanding the condition and learning how to prevent it and live with it.

The menopausal stage is a phase in life when a woman’s body ceases to ovulate, and subsequently, the monthly period stops. In normal situations, women reach the post-menopausal stage when they get to the age of 45 to 55 years. However, the average age at which the condition occurs is 51 years. In some instances, however, some women undergo the menopausal stage before they reach 40 years resulting in a condition known as premature menopause/early menopause. Some cases of the condition may occur due to the surgical removal of ovaries or various medical treatments including chemotherapy or radiation therapy. This article delves into things women rarely know about the condition.

The condition has several symptoms including:

Diagnosis of the Condition

There are no special tests needed to accurately determine the absence of menstrual periods. However, when a woman shows early menopause symptoms as well as irregular periods, there is a need to test for ovarian function.

Tests can be done to initially rule out pregnancy and other reasons why one has missed menstruation. Also, the level of follicle stimulating hormone (FSH) is determined to ascertain how close a woman is to the condition, and also determine the status of one’s ovaries. FSH is a hormone responsible for the production of estrogen. One indicator of the condition is when FSH levels reach above 40mlU/ml. Further, low levels of the estradiol hormone can indicate susceptibility to the condition.

Transitioning to the Post-Menopausal Period

It is imperative for a woman to have the right knowledge to transition smoothly to post-menopausal period. One can begin by ensuring they visit the doctor regularly for checkups. Being proactive about one’s reproductive health is an effective way to handle the condition. Additionally, it is recommended to visit a therapist to help cope with the anxiety that is associated with the disease.

Treatments for the Condition

While there is no cure for the condition, scientific research studies have found ways to help numerous women to cope with the condition and relieve the unpleasant symptoms. The condition should not be deterrent to living a normal life. Innumerable women enjoy a fulfilling life in spite of the condition.

Hormone therapy can be applied to relieve symptoms such as hot flashes and dryness of the vagina associated with the condition. The hormone treatment can come in the form of patches, pills, creams, and trans-dermal sprays. Some treatments can be administered via the intra-vaginal route. 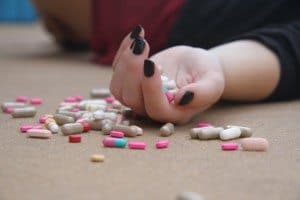 Oral contraceptive pills are in some instances used to help lessen the menopausal symptoms.

To control hot flashes, researchers have found that various selective serotonin reuptake inhibitors can be administered. The compounds control the severity of flashes in around 60% of women.

To prevent dryness in the vagina, women are advised to utilize non-hormonal gels or creams.

Having Children in the Post-Menopausal Stage

Being in the menopausal stage should not be a deterrent to having children. Some menopausal women still desire to have children but lack the knowledge of how to do so. There are various options available for women who hope to expand their family such as egg donation, adopting, or having surrogate mothers to bear children.