Here are a few important (and alarming) statistics about heart disease, according to the American Heart Association:

These are pretty depressing statistics, but what can we learn from them? Why is the westernized world so susceptible to these diseases, while those who live largely off the land have virtually no risk factors for heart-related conditions? In this article, we’ll discuss a tribe in South America who can teach us a thing or two about healthy living.

When it comes to heart disease, an indigenous tribe in the Amazon basin of Bolivia, The Tsimane, has the lowest rates ever recorded among a human population. Researchers from the University of California Santa Barbara (UCSB) found that the Tsimane tribe has low instances of high blood pressure and type 2 diabetes as well. However, their overall body mass index (BMI) is not necessarily on the smaller side, proving that a higher-than-average BMI does not pose a greater risk for heart disease.

According to Hillard Kaplan, lead author of the study and professor of Anthropology at the University of New Mexico, people of the Tsimane tribe often live into old age with little to no risk of coronary atherosclerosis, the primary cause of heart attacks. In fact, people in the U.S. are five times as likely as members of the Tsimane tribe to suffer from heart disease.

Michael Gurven, co-director of the UCSB Tsimane Health and Life History Project and another author of the study, along with other researchers, conducted 2,500 interviews with Tsimane people in 78 communities about their diet. The researchers found that their diet consists of a high intake of carbohydrates (376-423 grams/day) and protein (119-139 g/d) and low consumption of fats (40-46 g/d). They kept caloric intake between 2,422 and 2,736 kcal, 64% of which came from complex carbohydrates.

Factors that lower risk of heart disease in Tsimane people

What makes the indigenous people of Bolivia so healthy is not all that different from what the American Heart Association recommends.

Here are seven tips to help lower your risk of heart disease:

According to the study published in the medical journal The Lancet, the tips above could greatly benefit those living in industrial populations. However, due to working and living conditions in the Western world, duplicating the Tsimanes’ way of life is almost impossible. We would have to make drastic changes to our lifestyle, so the best course of action for now is to incorporate as many of these factors into your daily life as you can.

Pressure from the Outside World

Despite being healthier than people living in urban areas, the Tsimane are facing a great deal of pressure from modern society. Because of better roads and access to motorized boats, the Tsimane can now travel to other areas in Bolivia. Consequently, researchers found that total energy and carbohydrate intake increased over the five-year data collection period, especially in villages near towns with markets. Sadly, the team also found that the Tsimane, on average, consumed 15.8 more grams of sugar per day and 4.9 mL more oil in 2015 than in 2010. 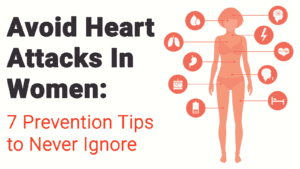 The study was strictly observational. Researchers analyzed CT scans of the heart and measured weight, age, heart rate, blood pressure, cholesterol, blood glucose and inflammation. Therefore, it can’t conclude which part of the Tsimane lifestyle protects from heart disease and vascular aging the most. However, researchers believe that lifestyle plays a larger role than genetics. They have observed increases in cholesterol levels due to consumption of more processed foods with additives.

Researchers did a cross-sectional study on the Tsimane population over 40 years of age. Coronary atherosclerosis was assessed by coronary artery calcium (CAC) scoring done with CT scans. The study analysed the difference in heart disease risk between the Tsimane and 6,814 participants from the Multi-Ethnic Study of Atherosclerosis (MESA). CAC scores higher than 100 indicated significant atherosclerotic disease.

In regard to the MESA population, only 14% had no CAC and more than 50% had CAC scores over 100. Compared to the MESA group, it would take 28 years before the Tsimane reach a CAC score of at least 100. Researchers also estimate that an 80-year-old from the Tsimane people had a vascular age equivalent to an American in their mid-fifties.

Final Thoughts on Lowering Your Risk of Heart Disease

It’s easy to see why the indigenous tribe of Bolivia can remain healthy despite changes being made in their villages. The Tsimane diet and active lifestyle play a huge role in the Tsimane’s ability to keep healthy. Low instances of smoking and obesity also help to ward off heart disease and other preventable diseases such as diabetes.

The Tsimane eat largely from the land and keep trans fats, saturated fats, and oils out of their diet. Therefore, their bodies are not subject to as much inflammation as people in modern societies. The Tsimane diet can be compared to the Okinawa diet, which also incorporates rice, fresh vegetables, and little meat.

It seems that since we have moved away from nature as a culture, our health has rapidly deteriorated. Of course, many of us can’t just up and leave to live in nature. We can, however, take a few pointers from those who do. While many of us can’t replicate the Tsimanes’ lifestyle perfectly, we can learn from their way of living. We can also choose to incorporate some positive aspects into our lives. In general, staying active as much as possible will help ensure your well-being. Additionally, keeping stress low, utilizing positive thinking, eating healthy, and refraining from smoking will support your overall health levels and stave off the symptoms of heart disease.