It seems that more people live with depression than ever before. In fact, according to the World Health Organization(WHO), an estimated 350 million people of all ages worldwide suffer from this mentally debilitating disease.

Depression can change your brain, altering the neural pathways and synapses and shrinking the size of your hippocampus, an area of the brain that regulates emotions and memory. Mentally, you probably feel foggy and exhausted, as your brain must work harder to process information and feelings. If you don’t feel well mentally, it can take a toll on every other area of your life.

Depression can make you feel disconnected from the world around you, helpless to make any change, and paralyzed by the thoughts inside your head. To combat all of these feelings, many people, unfortunately, turn to prescription drugs as a quick answer, but we still don’t know the long-term effects of these powerful drugs. Instead of medicating ourselves, we can turn to more natural remedies that often work better than even pills can.

Today, we’ll go over how exactly depression alters your brain and ways to reverse the damage naturally. It takes willpower and determination, but you CAN take your life back with a few simple lifestyle changes and ways of thinking.

How Depression Changes Your Brain (And Ways to Reverse It) 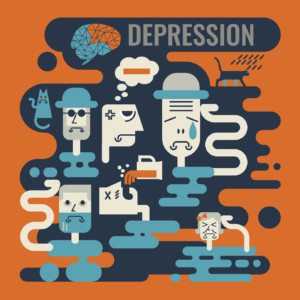 One groundbreaking study involving an international team of researchers discovered that people with depression generally have a smaller hippocampus.

The research team used brain magnetic resonance imaging (MRI) data on nearly 8,930 people worldwide, 1,728 of which suffered from major depression. The remaining 7,199 individuals did not suffer from depression.

They found that 65% of the depressed patients had a smaller hippocampus; however, those just experiencing their first episode of depression did not have this shrinkage. These findings suggest that recurring bouts of depression might cause the shrinkage of the hippocampus.

Previous studies have found evidence of hippocampus shrinkage. However, this study aimed to determine if the shrinkage caused the depression or vice versa. They got their answer: first comes the depression, then the brain damage.

According to co-author Professor Ian Hickie:

“[The] more episodes of depression a person had, the greater the reduction in hippocampus size. So recurrent or persistent depression does more harm to the hippocampus the more you leave it untreated.

This largely settles the question of what comes first: the smaller hippocampus or the depression? The damage to the brain comes from recurrent illness…

Treating depression effectively does not just mean medicines. If you are unemployed, for example, and then sit in a room doing nothing as a result, this can shrink the hippocampus. So social interventions are just as important, and treatments such as fish oils are also thought to be neuro-protective.”

On the topic of hippocampus shrinkage, we’d also like to mention other groundbreaking research from scientists and the Institute of HeartMath. This organization studies the connection between the heart and the brain. Our feelings become coded into our heart’s electromagnetic field, and the heart can send signals to the brain that tell it how to react. So, the researchers found that when you experience negative emotions, this can create chaos in the brain.

Now that you know that your emotions play a massive part in how your brain reacts to stimuli, we thought we’d bring up another common misconception when it comes to depression. Like most people don’t realize that their feelings play a huge part in their mental health, many of them likely don’t know that the “chemical imbalance” theory regarding depression doesn’t add up when it comes to science.

What other experts say:

According to a paper by Jonathan Leo, an Associate Professor of Neuroanatomy at Lincoln Memorial University:

“the cause of mental disorders such as depression remains unknown. However, the idea that neurotransmitter imbalances cause depression is vigorously promoted by pharmaceutical companies and the psychiatric profession at large.”

Furthermore, according to Dr. Joanna Moncrieff, an author, and British psychiatrist:

“Of course, there are brain events and biochemical reactions occurring when someone feels depressed, as there are all the time, but no research has ever established that a particular brain state causes, or even correlates with, depression. . . . In all cases studies yield inconsistent results, and none have been shown to be specific to depression, let alone causal. . . . The fact that more than 50 years of intense research efforts have failed to identify depression in the brain may indicate that we simply lack the right technology, or it may suggest we have been barking up the wrong tree!”

Do drugs help relieve depression? Some doctors say no.

Most drugs that aim to treat depression advertise that low serotonin levels in one’s brain cause depression. However, no research in the past came to this conclusion. Many pharmaceutical companies use people’s misconceptions about the illness to their advantage.

“The serotonin theory is simply not a scientific statement. It’s a botched theory – a hypothesis that was proven incorrect.” – Dr. Joseph Mercola

So, the chemical imbalance theory doesn’t explain depression, but do drugs treat it? A review by the University of California in 2009 found even more damning evidence against pharmaceutical companies. The study found that one-third of people treated with antidepressants do not improve, and many of them stay depressed.

Now, we know that many people report feeling better with antidepressants. However, we have no way of telling if this is just a placebo effect or not. In summary, we know that depression causes a smaller hippocampus in the brain, but we can reverse this damage. In many cases, our thoughts and emotions play a massive role in our mental health, but conventional medicine doesn’t seem to guarantee a recovery or even a small breakthrough.

So, if no scientific evidence indeed supports the chemical imbalance theory, then why do we continue to take drugs that claim to alter our brain chemistry in the first place? Maybe we should focus elsewhere on areas where we can take action in our lives that can bring about fundamental changes in our mental and physical health, without dangerous side effects.

How To Reverse Depression 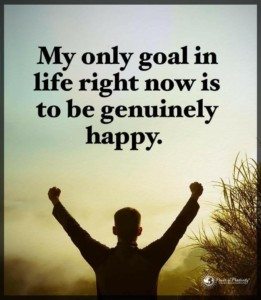 The brain can change and adapt based on our thoughts and emotions and how we perceive stimuli. Highly malleable and changeable, the brain can form new synapses and pathways based on new knowledge, skills, or thought processes. In other words, what we think matters greatly, as these thoughts create our brain chemistry, and therefore, our reality. The mind contains great power, as demonstrated by the following study.

A study from the Baylor School of Medicine published in 2002 in the New England Journal of Medicine took patients with severe knee pain and divided them into three groups. Most surgeons don’t believe in placebo effects as a substitute for surgery, but this study proved them wrong. The surgeons shaved the damaged cartilage in their knees for the first group. The surgeons flushed out the knee joint for the second group, removing anything that might cause inflammation. People with severe arthritis in their knees typically go through one of these two procedures when they go to the doctor for help.

However, the third group received a “fake” surgery; the doctors sedated the patients, made incisions, and splashed salt water on the knees just like they would do in actual surgery. Then, they sewed up the incisions just like usual. All three groups went through a rehab program together, and upon completion, researchers found that the placebo group had improved just as much as the others had.

So, if the brain can make us think we just had knee surgery to correct the pain in our knees, why can’t we utilize this power in treating depression? We can. It just takes willpower and dedication to change our brains. However, changing just a few of your thoughts per day by focusing your attention on them will go a long way in helping you reverse depression.

In general, stay away from processed, GMO, or highly refined foods. Stick to nature to get the most health benefits from your food; go for raw, organic fruits and vegetables and raw, unsalted nuts and seeds, if possible. Eliminate or significantly reduce sugary, processed, altered foods to keep your brain healthy. Also, try to limit consumption of white flour, sugars, bread, and other grains. Your brain and your stomach have more to do with each other than you’d think. So if you want a clean mind, focus on adopting a clean diet.

Exercise is one of the most effective yet underutilized treatments for depression. Studies have shown how lack of exercise can cause depression. In fact, according to an article from Dr. Mercola,

“Women who sat for more than seven hours a day were found to have a 47 percent higher risk of depression than women who sat for four hours or less per day. Those who didn’t participate in any physical activity at all had a 99 percent higher risk of developing depression than women who exercised. Indeed, exercise is perhaps one of the most effective yet underutilized treatments for depression.”

Finally, you have to take care of your mind if you want it to work correctly. Countless studies have found the link between positive mental health and meditation or some other type of mindfulness exercise. By focusing your attention on the present moment and just sinking into the bliss that each uninterrupted second of meditation allows, you can restructure your brain and eliminate depression. Many studies have found meditation to rival medication in treating depression.